Kankyo Daizen's fertilizer wins over farmers in Vietnam and Cambodia ASAHIKAWA, Japan -- An organic products company based in northern Japan hopes its environmentally friendly fertilizer made from cow urine will catch on with farmers in Southeast Asia.

The liquid fertilizer, Tsuchi Ikikaeru -- or "soil comes back to life" -- is sold in five countries including Vietnam and Cambodia. Farmland in much of Southeast Asia faces degradation and declining fertility, the result of longtime overuse of agrochemicals.

Kankyo Daizen collects the urine from dairy farmers in Hokkaido, the northernmost of Japan's main islands, where the company is located. In 2012, it began exporting Tsuchi Ikikaeru to agricultural producers through two Japanese trading houses.

Cow urine, which is often dumped into rivers or sprayed over farmland, contaminates water sources and has an offensive smell. Kankyo Daizen has turned this nuisance into a valuable resource for Hokkaido farmers. Now the natural soil conditioner is winning new customers abroad.

Kankyo Daizen, which also makes organic deodorizers, estimates that its overall sales rose 11% to 230 million yen ($2.13 million) for the 12 months ended in January. Its overseas business has grown and now accounts for 10% of total revenue, as the company has expanded its sales channels.

"Southeast Asia has a young and growing population," Kankyo Daizen President Makoto Kubonouchi said. "It is a promising market as long as we can meet registration requirements in different countries." 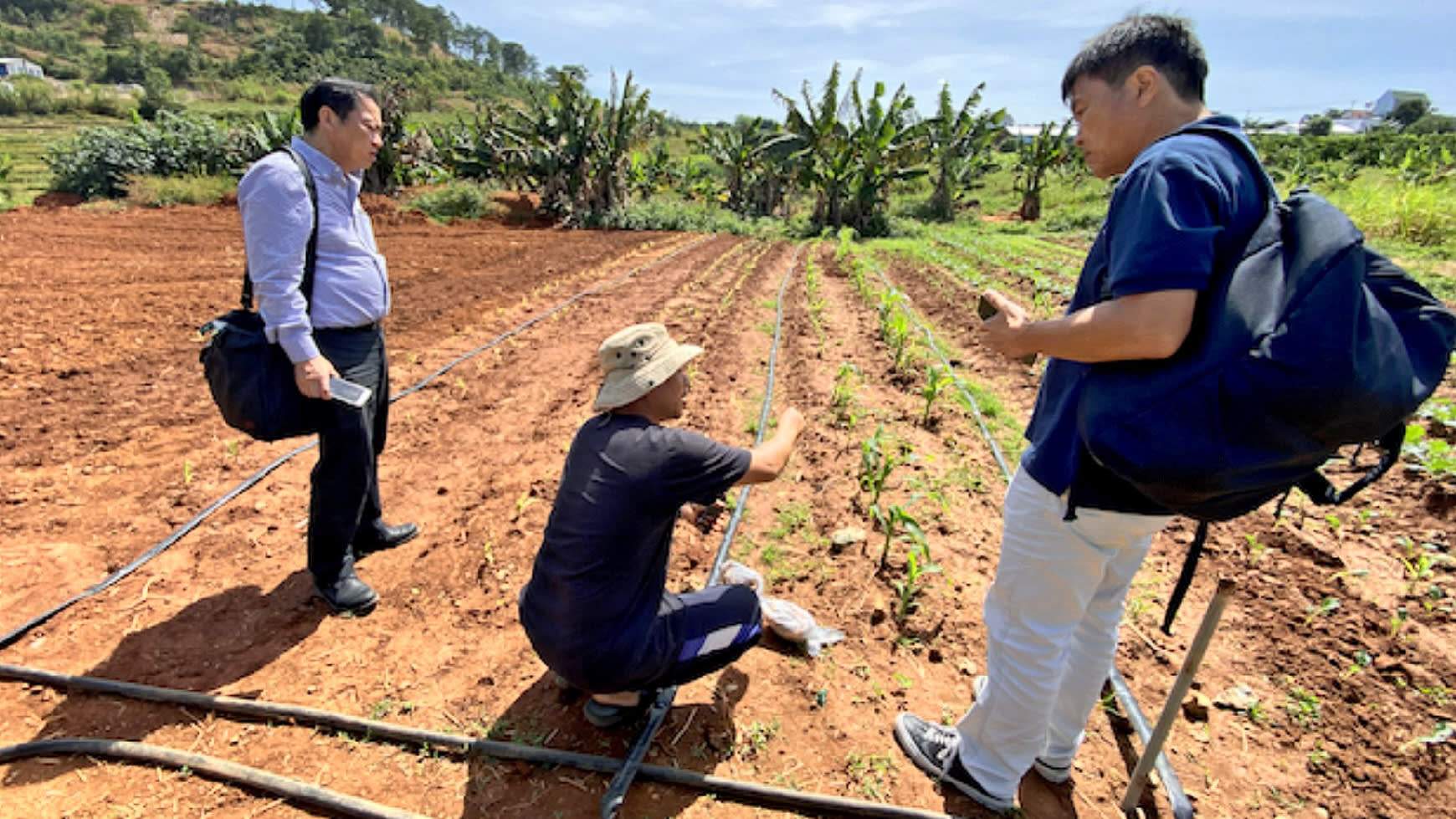 Growing incomes in Southeast Asia have spurred interest in more natural farming practices in the region. Kankyo Daizen's organic fertilizer, for example, is a good substitute for conventional agrochemicals. The company says the product, which is diluted with water when applied, is an effective growth booster for a wide range of crops including rice, vegetables, flowering plants and farmed shrimp. It also helps maintain soil fertility when the same crop is grown on the same plot of land year after year.

Kankyo Daizen also plans to sell Tsuchi Ikikaeru in Malaysia and the Philippines, but it is not limiting its ambitions to Asia. In February, Kubonouchi traveled to Brazil as part of a research tour organized by the Japan International Cooperation Agency, inspecting large farms growing crops such as soybeans and sugar cane. The company plans to explore market opportunities there after receiving a positive response from local farmers. One challenge to overcome is the shipping cost, given the distance between Japan and Brazil.

In Japan, the company works with a number of dairy farmers in Kitami and areas along the Sea of Okhotsk. The manufacturing process starts by fermenting cow urine using a special mix of microbes. The liquid is collected in a tanker truck and then fermented some more in six 18-ton tanks at Kankyo Daizen's headquarters. The company believes lactic acid bacteria and yeast grown with cow urine inhibit the growth of harmful bacteria in the soil.

Kankyo Daizen sells 50 products in all, including a clear, colorless liquid designed to eliminate household odors. The fertilizer and the deodorizer look different but the bacteria that they contain work the same way. The company provided the deodorant free of charge to evacuation shelters and temporary toilets in areas hit by recent earthquakes in northern Japan.

Kankyo Daizen verified the effectiveness of its cow urine-derived products in tests conducted at the Kitami Institute of Technology. But mysteries remain, including how the active ingredient forms through fermentation and how it reduces odors and increases soil fertility. The company plans to work with a private research group to solve these puzzles.