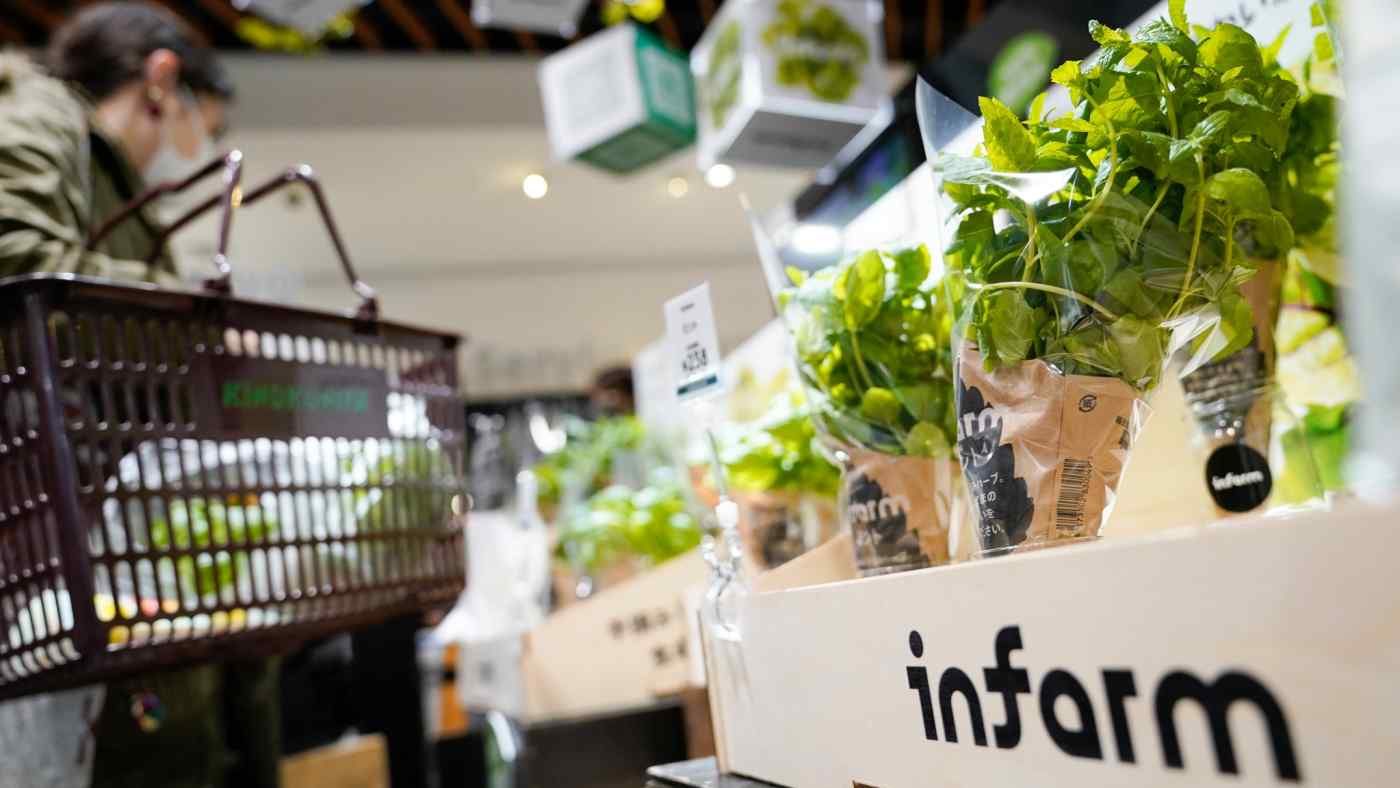 TOKYO -- A harried commuter rushes through a Tokyo station hoping to catch the next train home. But first, a quick stop at a store to pick up a fresh head of lettuce. So fresh, in fact, that it is grown right there at the train station, cultivated using technology to ensure that it is raised under the most optimal conditions.

Tokyo-area rail operator JR East will soon make this possible -- and its stations greener while also cashing in on the indoor farming boom.

The company, officially known as East Japan Railway, borrowed the idea to grow vegetables indoors from German startup Infarm, which counts the rail operator as an investor. Infarm has partnered with the Japanese grocery chain Summit to grow produce using grow lights and sell it on-site.

Since January, a Summit Store in Tokyo's Adachi ward has grown lettuce and other vegetables in giant cases inside the location. At 213 yen ($1.94) per head of lettuce, its almost double the price of lettuce grown outdoors. The store plays up freshness as the selling point.

Now JR East is looking at expanding the operation to shopping complexes inside train stations. The equipment Infarm provides can be installed in a decentralized manner so that massive greenhouses do not occupy the spaces.

Infarm has supplied over 1,200 indoor farming facilities to over 30 major retailers in Europe and the Americas, such as Marks & Spencer in the U.K. and the U.S. grocery chain Krogers.

Sensors collect data on humidity, heat, brightness, water level, fertilizer volume and other growing conditions that are transmitted to a cloud. An artificial intelligence program controls the equipment remotely to make sure conditions are optimal for growth. Indoor "plant factories" have the advantage of not being subject to weather patterns, meaning operational costs tend to be stable. But those costs can be expensive, as well as the tech to control conditions, and have been limiting factors to those operations.

Infarm has been able to reduce those costs through the use of data. From a single plant, the company collects up to 50,000 pieces of data from seeding to harvest. This information has allowed the company to develop a digital green thumb, adjusting the amount of light and fertilizer in case a crop is not growing well.

The company said has collected 300 billion bits of data in all, and the most recent info is used to constantly update control software.

Contributing to lower costs are less expensive LED lighting sources that improve efficiency. Compared with the first generation of indoor farming equipment, the latest versions consume 40% less electricity. Infarm expects to become profitable in 2023 because of these technological innovations.

Indoor farming has grown in popularity as a way to limit the ecological impact of conventional farms, which account for 70% of the water used around the world. Global warming and desertification will diminish the area of arable land.

Shifting farms indoors is seen as a way to sustain the agricultural industry. Thanks to automatic controls, the facilities are able to curb the amount of water consumed. Vertical farming, in which crops are grown on walls, in urbanized places like Singapore that have limited farmland will be able to secure large amounts of space to grow food.

Infarm consumes 95% less water than that of an outdoor farm, the company says. Just 2 sq. meters of space can produce yield equivalent to a 250-sq. meters of farmland.

By installing growing equipment inside shopping spaces, it will cut down on the carbon dioxide produced by transporting produce from farms.

The agritech market, which stood at $9 billion last year, is expected to grow to $22.5 billion in 2025, according to the British data provider Juniper Research. The market for vertical farms, and other indoor farming methods, is projected to grow to $6.7 billion from $2.7 billion. 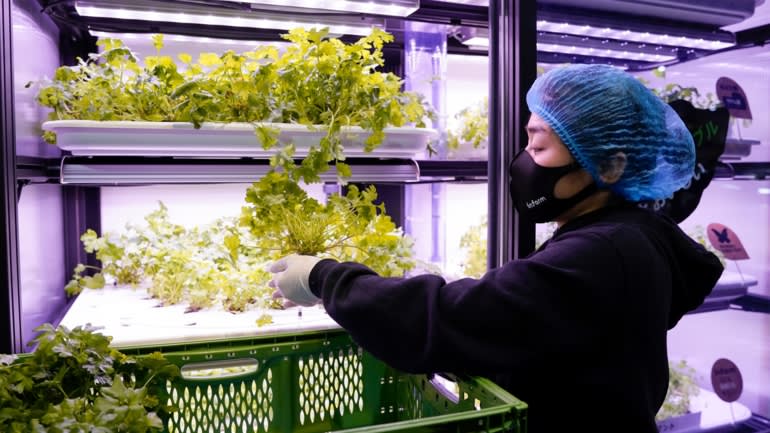 Infarm has raised more than $400 million so far. U.S. rival Bowery Farming has received over $172 million from a venture fund affiliated with Google parent Alphabet and other sources.

Bowery Farming automated the entire growing process from sowing seeds to harvesting using robots. Its facilities can grow over 100 kinds of crops, from herbs to strawberries, at double or more the speed of outdoor farms. Its produce is sold at Walmart and Amazon Fresh.

In Japan, Kyoto-based Spread contributed its know-how to a vegetable factory by energy conglomerate Eneos Group that supplies produce to the greater Tokyo area. Spread's existing facility began turning a profit in 2013.

Tokyo-based Farmship, in partnership with a trading house, is building what will be one of Japan's largest vegetable factories that could start operating as early as next April. The facility will be able to produce 3 tons of spinach a day.

But factory-grown vegetables are still more expensive than conventionally grown vegetables, and companies are under pressure to close the gap. Mirai, one of Japan's pioneers in the field, filed for bankruptcy in 2015 amid a mounting deficit. The company has since relaunched and is focusing on areas where it can provide unique value, like larger produce.