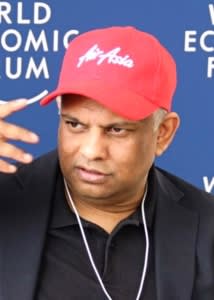 SINGAPORE--AirAsia CEO and founder Tony Fernandes has not finished with Japan.

Southeast Asia's leading budget airline will be back in the land of the rising sun, the 48-year-old Fernandes insists. AirAsia last year pulled out of Japan, dissolving a partnership with major airline operator ANA. 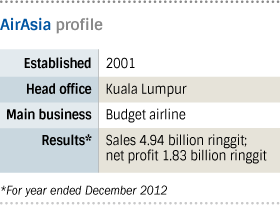 Fernandes' defiant spirit helps drive his company. He has cracked the stronghold of state-run airlines in Southeast Asia over the course of around a decade. Today, the airline market is wide open, he believes.

After setting up low-cost hotels in locations where his airline flies across Southeast Asia, Fernandes' next goal is low-cost hospitals.  Japan is one of his few setbacks. But don't count him out.  A resurrected AirAsia may be in Japanese skies before the end of the year.