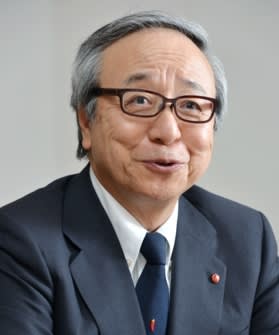 In a recent interview with The Nikkei, Ajinomoto President Masatoshi Ito discussed his company's strategy for marketing of his company's products overseas.

Q: Japanese cuisine was recently added to Unesco's Intangible Cultural Heritage list. Did this create new business opportunities for you?

A: It has certainly created tailwind for our business in industrialized nations. In the U.S. and Europe, ramen is very popular, as well as more traditional Japanese cuisine. Sales of our Japanese seasoning products, such as dashi broth, for restaurants and other food businesses, are growing. We are also promoting gyoza (Chinese-style dumplings) as part of Japanese food culture and sales of our frozen gyoza products are increasing in the U.S.

Q: Your overseas sales surpassed domestic sales for the first time in fiscal 2013. Do you plan to further expand global operations?

A: We have put strategic priority on five countries -- Thailand, Vietnam, the Philippines, Indonesia and Brazil. Our goal is to double or triple our sales in these countries by fiscal 2020. We will give our local units more decision-making power to accelerate product development cycles.

We will raise significantly the maximum amount of investment overseas units are allowed to make on their own from the current level of about 2 billion yen ($18.7 million). We hope somewhere other than Japan is our top-selling country by fiscal 2020.

Q: You accompanied Prime Minister Shinzo Abe on his recent Latin American tour, along with other business executives. How was that?

A: When I visited Sao Paulo, I sensed the kind of excitement about economic growth that we feel in Southeast Asia.  We have been in Brazil for about six decades, and our seasonings for microwave food are widely accepted by health-conscious consumers. The Brazilian market for seasonings will soon overtake Japan's.

A: Carmakers generally decide to expand into an overseas market when the country's per-capita gross domestic product has reached a certain level. That approach doesn't work for food makers. We need to start marketing our products long before a country becomes rich to get our products widely accepted over the long term in any given country. That's tough.

Q: The weakening yen has improved the profitability of Japanese companies' overseas operations. Do you also feel the benefits?

A: We don't congratulate ourselves when overseas earnings improve thanks to foreign exchange effects. We always seek to boost the earnings of our overseas units on a local currency basis.