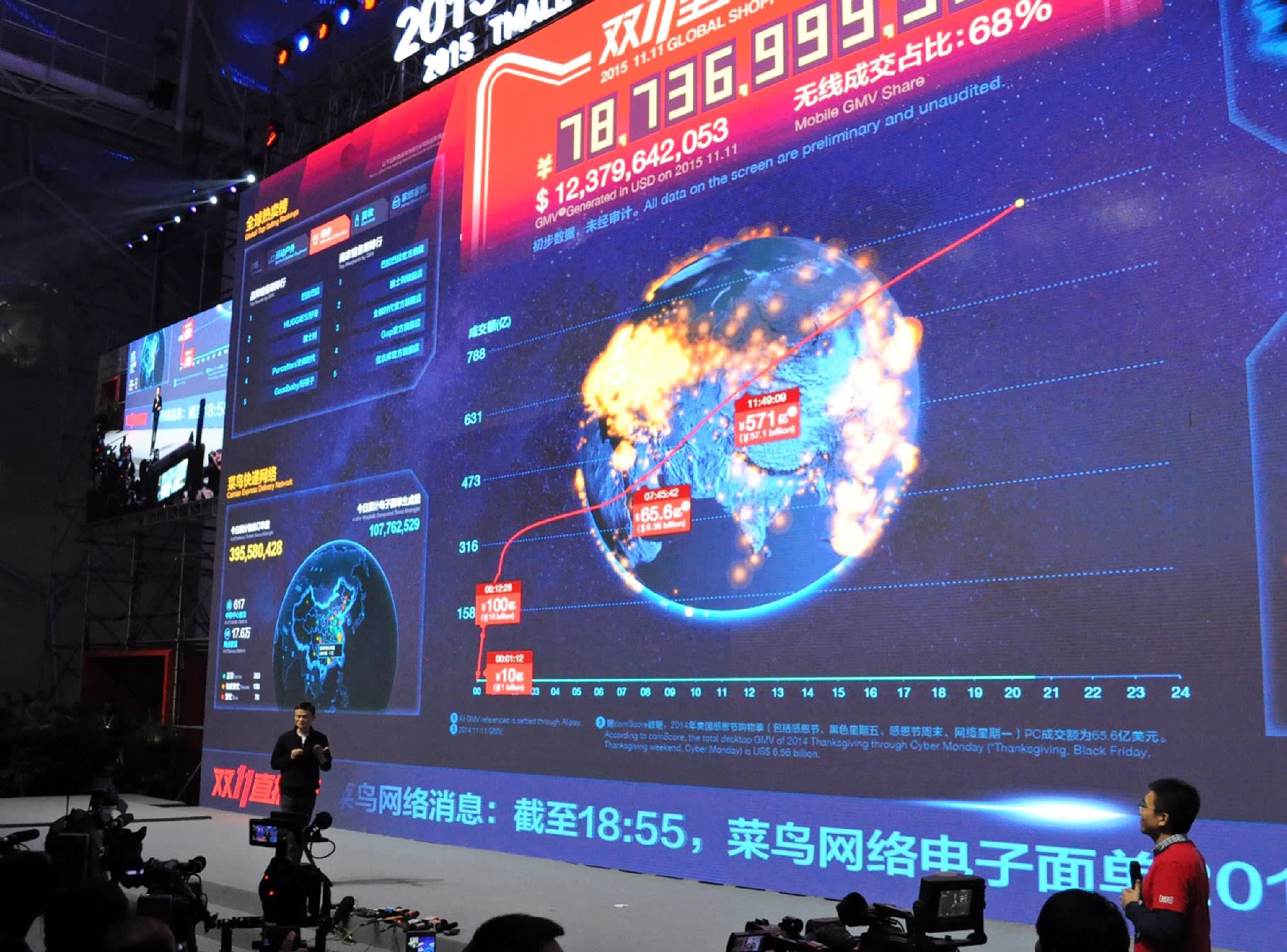 Alibaba Chairman Jack Ma Yun speaks at an event in Beijing in Nov. 2015.

Alibaba started the Singles' Day shopping event on Nov. 11, 2009, to boost online sales, as the date is made up of four lonely "ones."

David Hill, renowned as the producer of the Academy Awards and the Super Bowl in the U.S., will direct the Tmall 2016 Double 11 Carnival Night, which will be held in Shenzhen, in the southern province of Guangdong.

This year, Alibaba has attracted foreign companies to make the event more international. Well-known foreign brands, such as Apple of the U.S., Italian luxury car brand Maserati and U.S. fashion brand Victoria's Secret, will join the shopping event for the first time to entice Chinese consumers.

Meanwhile, Tmall is providing services in full swing in Hong Kong and Taiwan to establish a foothold in the global market.

Virtual reality shopping will be another attraction of this year's Singles' Day sale. A dedicated VR headset will allow Chinese consumers to enjoy shopping as if they were actually at Macy's department store or a Target discount store in the U.S. while sitting in their own homes.

A representative of Guotai Junan International Holdings predicted that Alibaba's extensive sales promotion will boost Tmall's GMV by 37-43% year on year to 125 million yuan to 130 billion yuan on this year's Singles Day. Some market watchers even expect Tmall's GMV to hit 150 billion yuan.

Stocks that will benefit from Singles Day sale include e-tailers Alibaba and JD.com, as well as  Suning Commerce Group and other electronics retailers that partner with Alibaba and Fast Retailing, the operator of the Uniqlo casual wear chain, which logged more than 600 million yuan in sales on last year's Singles' Day.

Logistics companies that ship goods ordered online are attracting greater attention. For example, the stock price of Chinese package delivery company YTO Express has surged more than 70% over the past two months, far exceeding the Shanghai Composite Index, which has remained roughly flat. The Shanghai-listed company posted solid earnings in the first nine months of the year, with a 44% increase in sales and a 91% jump in net profit.

The China Express Association, an industry group for home delivery and logistics, delivery volume will jump 35% from a year earlier to 1.05 billion during this year's Singles' Day campaign on Nov. 11-16. As many as 2.68 million people, a 50% increase from the previous year, will handle the mountains of goods shipped.

That said, time will tell if the Singles' Day shopping event will continue to grow at the current pace, as it has become so big. In response to market expectations, one Alibaba executive said he only expects GMV growth of about 30% this year.