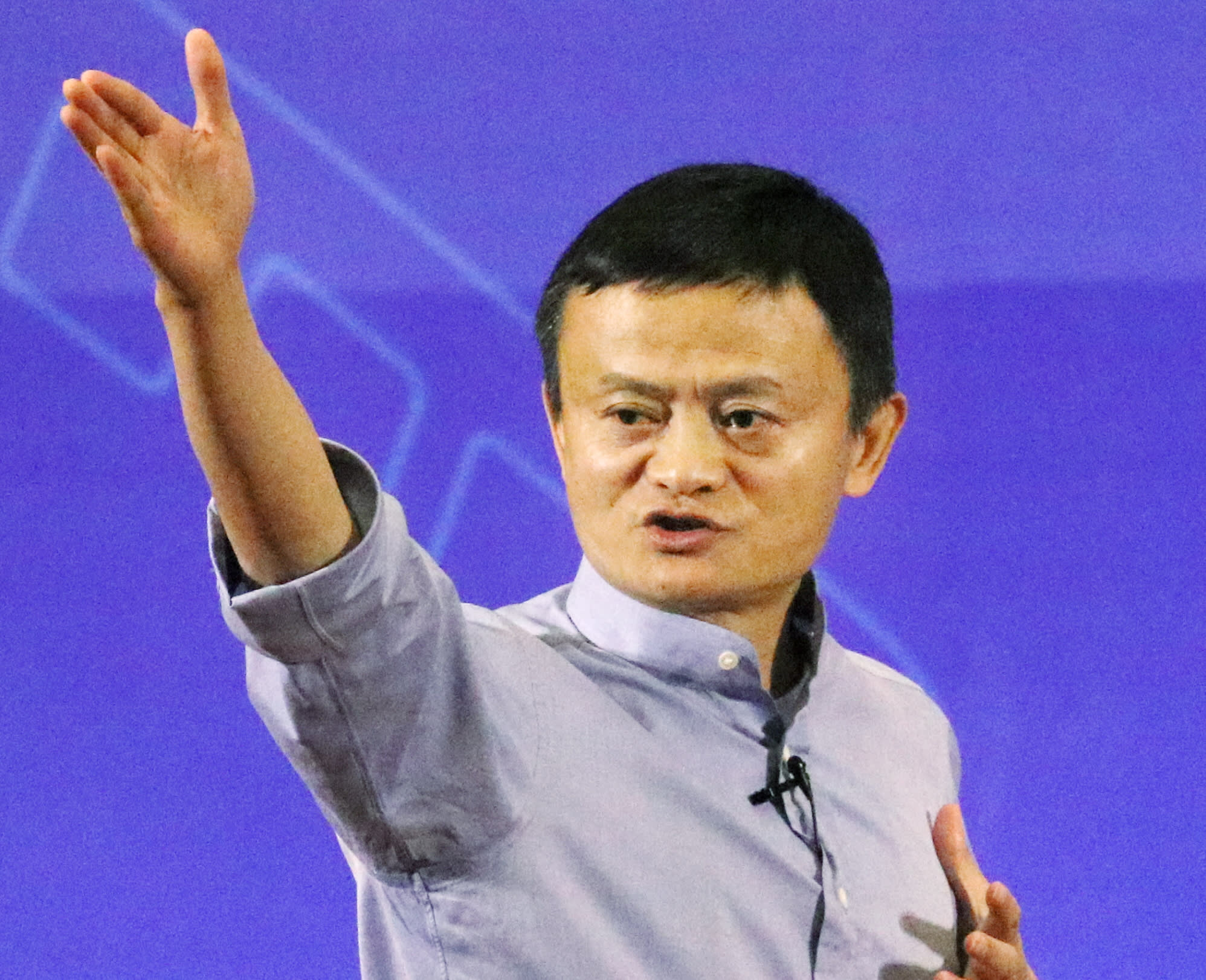 Ma told young local entrepreneurs here that he wants small businesses and entrepreneurs to achieve "success in the world." He has been pushing for the creation of an Electronic World Trade Platform designed to bolster global e-commerce. Tuesday's comments reflect his ambition to take the lead in the field.

The Alibaba chairman also touched on the opportunities for agricultural exports through e-commerce, such as Thai farmers selling produce to China on their own. If farmers can use their mobile phones to sell online, "society changes," he said.

Ma also revealed that in a meeting with Thai Prime Minister Prayuth Chan-ocha the same day, he had discussed the possibility of tariff-free agricultural trade between smaller Thai businesses and China. Details will be ironed out over the next year, he said.

Ma said the goal for Alibaba's e-commerce operations is to create 100 million jobs globally and quintuple its user base to 2 billion by 2036.

He attended the Asia Cooperation Dialogue summit, held in Bangkok through Monday.