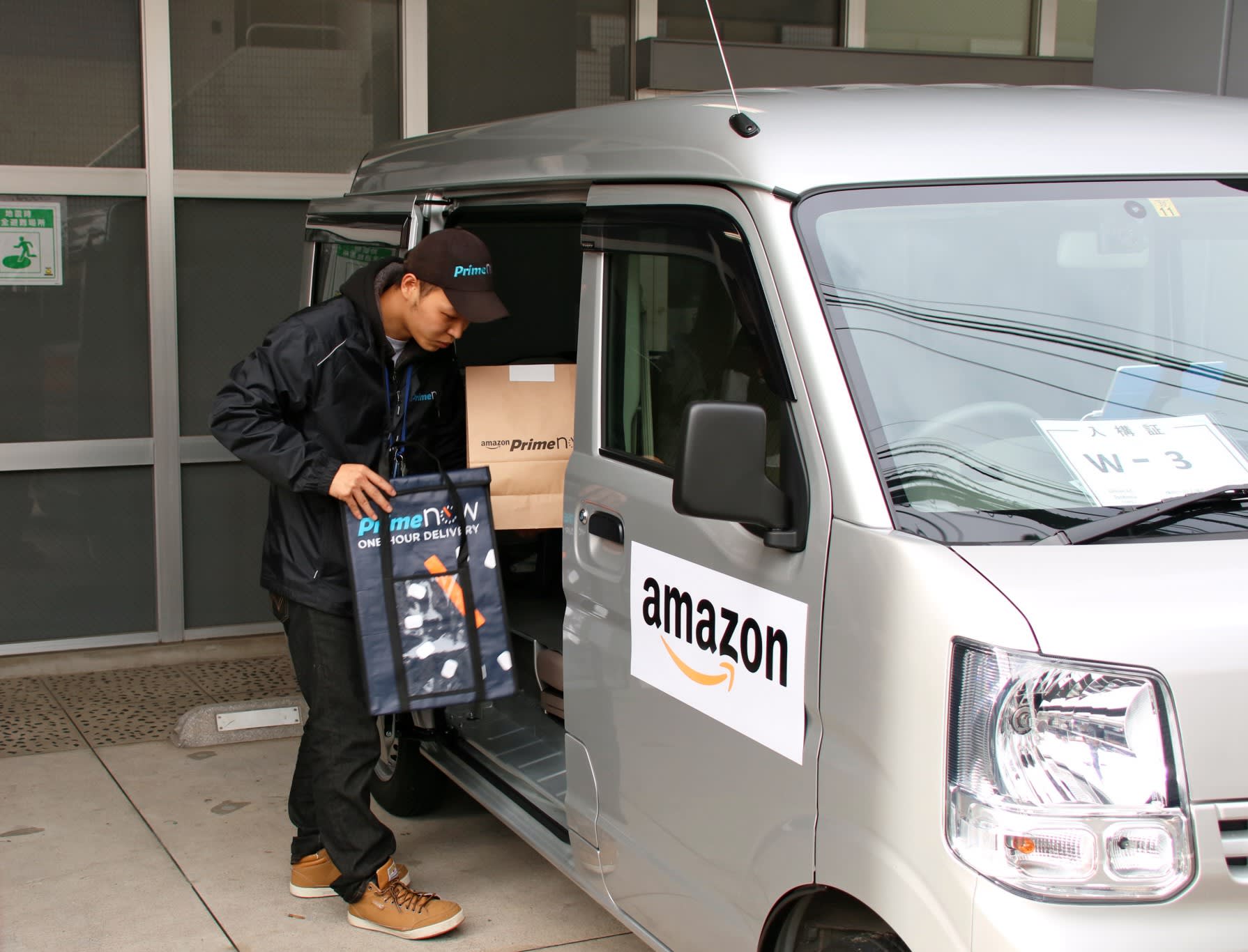 TOKYO -- Amazon Japan has teamed with physical retailers on quick shipment of items purchased by premium customers amid resistance by a home delivery industry struggling to deal with mounting package volume and staff shortages.

The company typically contracts for home deliveries with firms such as Yamato Transport, which would pick up items at warehouses. With Prime Now, Amazon Japan instead uses dedicated vehicles provided by a logistics company. Those deliveries have been made from Amazon warehouses, but now the vehicles also will pick up products at partner retail outlets.

Amazon Japan's tie-ups with the three companies expand its product lineup by about 5,000 items to 70,000. From cosmetics to prepared meals, these items come in small quantities and wide varieties. Large warehouses are needed to deliver these products swiftly, but securing those spaces in urban centers presents a challenge.

Transporting the products directly from stores solves that issue. The service debuts in all 23 Tokyo wards and parts of nearby Kanagawa and Chiba prefectures.

Purchases must total at least 2,500 yen to qualify. Apart from the annual premium membership cost, delivery fees range from free under certain conditions to 1,430 yen. Customers can specify delivery times in two-hour intervals either the same day or the next. Some products can be delivered in an hour.

Steep increases in parcel volume have led Yamato Transport to phase out intakes of same-day deliveries from Amazon Japan. The Yamato Holdings unit also seeks higher shipping rates from the client. But Amazon Japan's tie-ups defy speculation that the online retailer will be forced to cut back on services.