Appetite for stevia brings Japan back to Paraguay 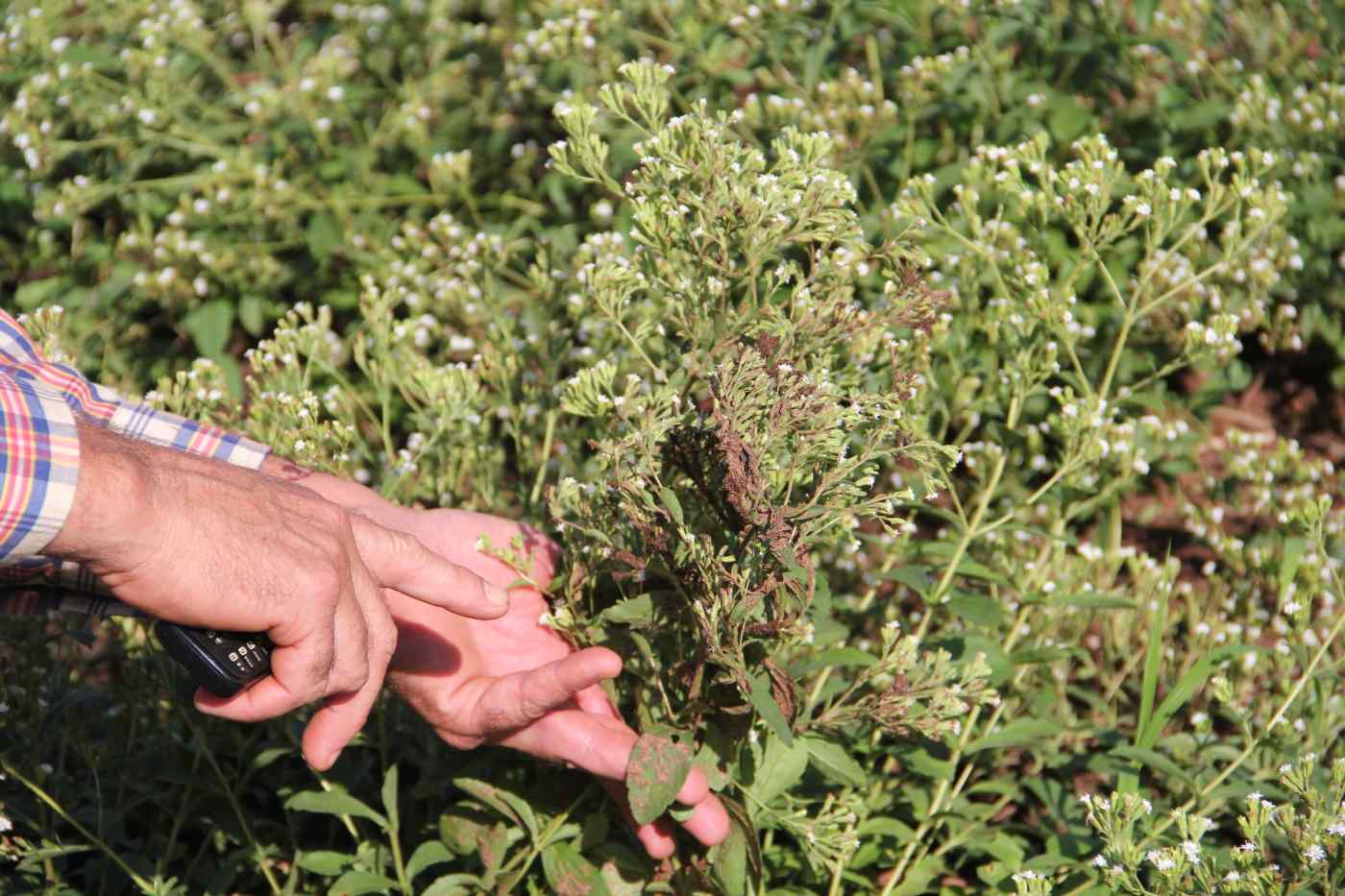 SAN VICENTE, Paraguay -- Facing growing competition for the natural sweetener stevia, Japan is seeking to corner production in Paraguay, the original source of the flavoring.

Japan, the world's top consumer of stevia, halted imports from Paraguay over an outbreak of foot-and-mouth disease among the Latin country's cattle in 2011. Japanese companies have instead been buying more stevia from China, now the source of 80% of the world's supply.

But tensions between Japan and China are high. U.S. beverage companies like Coca-Cola and PepsiCo are rolling out a stream of new stevia-sweetened sodas and American trading companies, such as Cargill, are angling to supply them. These developments have Japan taking a fresh look at Paraguay. Coca-Cola Life makes use of stevia to cut calories.

In early February, government officials from the two countries announced a provisional deal for Japan to purchase Paraguay's entire stevia crop. The deal, announced in the Paraguayan capital of Asuncion, assumes leaf production of 600-700 tons with a potential value of $1 million to $1.5 million.

However, although the deal signing was supposed to be followed up by technical discussions, neither government has publicly discussed the agreement since nor indicated how long it would run.

For Japanese companies, the deal would bring them back to the where the stevia industry got its start. Japanese sweetener makers, including Morita Kagaku Kogyo, stumbled on stevia in the early 1970s while looking for alternatives to saccharin due to growing health concerns over the artificial sweetener.

After Japanese regulators gave stevia their blessing, food and beverage companies eagerly adopted the additive, as its lack of calories or impact on human blood sugar made for appealing selling points. Japanese flavoring makers began cultivating stevia in the mid-1980s in China as a convenient, low-cost center for industrial-scale production. Stevia now represents nearly 40% of Japan's overall sweetener market, according to U.S. producer Stevia Corp.

Paraguay's stevia exports totaled just $368,000 in 2014, down from $1.2 million in 2011, due to an absence of Japanese buyers and a slump in prices that ended last year. Around 40% of the country's shipments now go to China, where companies refine dried stevia leaves into an industrial powder.

Some Paraguayan producers are aiming to offer a niche alternative to Chinese output.

"It is more interesting to buy stevia from Paraguay than China because stevia comes from here," said Francisco Maldonaldo, an agronomist at Dulsan Organica, a Paraguayan agricultural exporter. "Stevia is a product for small producers, not like soybeans," he said, kneading a stevia leaf in his hand. "The work is manual and artisanal." 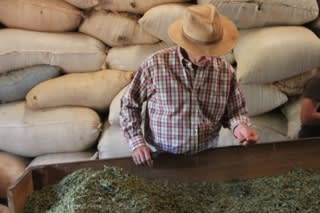 Gilberto Ozorio, Dulsan's president, called stevia "the star of Paraguay" during the 250km drive north from Asuncion to the town of San Vicente, the center of the country's stevia production. The journey took more than five hours, as rains the previous day had left the roads in rough condition.

"Stevia criolla, the purest form, cannot be mechanized, which is why the market needs to value the work to produce it," Ozorio said as he gave a tour of a small producer's warehouse where about 10 workers were sorting and packing dry leaves.

Cecilia and Juan Trubgre have been producing stevia on half a hectare of land near San Vicente for the past 26 years. "I have six grandchildren, and all the family is working in the field," Cecilia said.

In its natural climate in Paraguay, stevia leaves can be harvested up to four times a year, as opposed to just once or twice a year in China.

"[Japan] values more the origin of Paraguay's natural production and its use as a raw material," said Gustavo Rodriguez, stevia manager at the Ministry of Industry and Commerce. To reopen the market for the Paraguayan product, a government delegation traveled to Japan in January, setting the stage for February's agreement.

It's unclear what the deal, if finalized, will mean for multinational companies now sourcing stevia from Paraguay. Driving by a factory owned by PureCircle, a Malaysia-based stevia supplier, Ozorio said, "They are more productive and aggressive than small producers."

The company has a five-year supply pact with Coca-Cola. Jordi Ferre, its chief operating officer, said he was "not aware of the particulars" of the agreement for Japan to import the entire Paraguayan crop.

"We see no impact at all," he said. "At PureCircle, we work directly with farmers with whom we sign supply contracts to buy all of their production. We provide them with planting materials of our proprietary varieties of stevia developed at our own nurseries in Paraguay."

Since the plant varieties are owned by the London-listed company, he said, the crops can only be exported with PureCircle's agreement. Aside from Paraguay, the company also works with growers in Kenya and China.

The company, which generates two-thirds of its sales in the Americas, reported a net loss of $927,000 in the second half of 2014 despite revenue rising 24% to $43.2 million. The company said in its interim report that it had been diversifying its sourcing of stevia leaves because of rising costs in China and tightening supplies due to growing consumer demand for stevia-sweetened products.

Bernama, Malaysia's state-run news agency, reported in July that the government is planning to set up a stevia farm to reduce the dependence of local beverage companies on Chinese imports. Deputy Health Minister Hilmi Yahaya said his ministry has been urging manufacturers to phase out their use of sugar. "It will be good if we shift to using stevia because there is no change in the taste of the drinks and it is also good for health," he said. The Indian government also provides subsidies for stevia cultivation.

Smaller competitor Stevia Corp. sources stevia from Vietnam and Indonesia, in addition to China. According to the company, purified stevia extract, which is around 300 times sweeter than white sugar, trades for around $100,000 per ton. Dry stevia leaves, it said, produce 10% net usable extract by weight.

"The stevia market will continue to grow in the next few years, driven by a desire for natural ingredients and alternatives to sugar," said John George, an ingredients industry associate at market research company Euromonitor International. According to Research and Markets, based in Ireland, the stevia market was worth an estimated $347 million in 2014.

With more consumers outside Japan also seeking a healthy alternative to artificial sweeteners, analysts expect global demand to keep growing. Japanese companies may have to start fighting even harder for leaves.