Apple planning LCD iPhone with a metal case for 2018: source 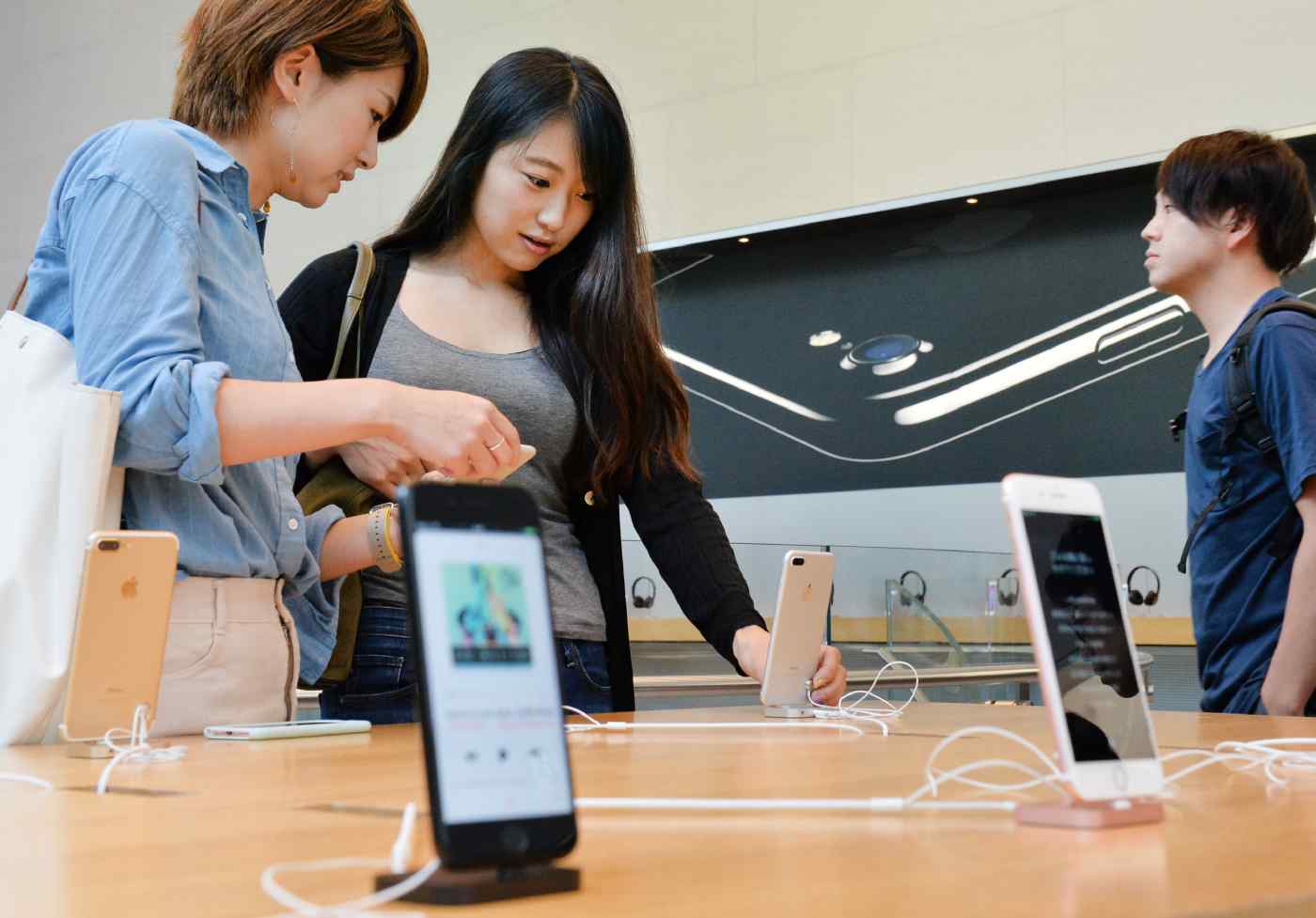 TAIPEI -- Apple is likely to release another new iPhone with a liquid crystal display next year, according to a source privy to the company's product designs. The source also said Apple is tentatively planning two new handsets equipped with organic light-emitting diode displays.

If true, the new models will come as welcome news to suppliers across Asia, especially Sharp and Japan Display, which would have lost a significant portion of their LCD business if Apple switched entirely to OLED displays.

"The 6.1-inch LCD model will probably sport a metal back [like older iPhones] available in several colors," said the source, adding that the two OLED handsets will come in two sizes: one about 6.3 inches long and the other 5.8 inches.

OLED offers better color contrast and a brighter display compared with LCD. More importantly, OLED panels can be molded into curved screens and possibly made foldable.

Apple launched three new models this year, with iPhone X being its first model to adopt an OLED display. The company's iPhone 8 and iPhone 8 Plus are equipped with LCD screens.

All three handsets sport glass backs with either aluminum or stainless steel frames.

Samsung Display, a unit of Samsung Electronics, is Apple's sole supplier of OLED panels, which is likely why Apple wants to maintain a lineup of LCD-equipped smartphones -- at least until it has another supplier of OLED panels. Retaining the LCD models will also help beef up the iPhone lineup, as they will be available in different colors.

If Apple does use metal backs for the next iPhone, Casetek, a subsidiary of iPhone assembler Pegatron, could become a supplier for the first time. The source said that there was a good chance that Casetek would win orders for the LCD model, as the design may be similar to iPads, for which Casetek is already supplying casings.

Foxconn and its smaller Taiwanese rival Wistron split production of the iPhone 8 Plus.

Another source familiar with the situation said Casetek has been experimenting with new casings for the LCD-equipped iPhone. An industry executive said that Pegatron and Casetek may be able to integrate their offerings for iPhone orders next year by virtue of their close links, much like Foxconn does with its own metal frame and casing production unit.

Other than Foxconn, current suppliers for iPhone metal casings and frames include Catcher Technology and U.S.-based Jabil.

Apple may have reservations about using OLED exclusively, as it relies entirely on Samsung for the panels, said Eric Chiou, an analyst at Taipei-based research company WitsView.

"It would be very risky for Apple to rely on Samsung for displays of more than half its smartphone shipments, Chiou said. "This would mean that Apple could be forced to reveal too many of its product plans to a rival, which would be concerning,"

Chiou estimates that LG Display, another possible supplier, could only supply up to 10 million flexible OLED panels to Apple in 2018. China's BOE Technology Group, Japan Display and Foxconn-controlled Sharp are not able to supply Apple next year yet, said Chiou.