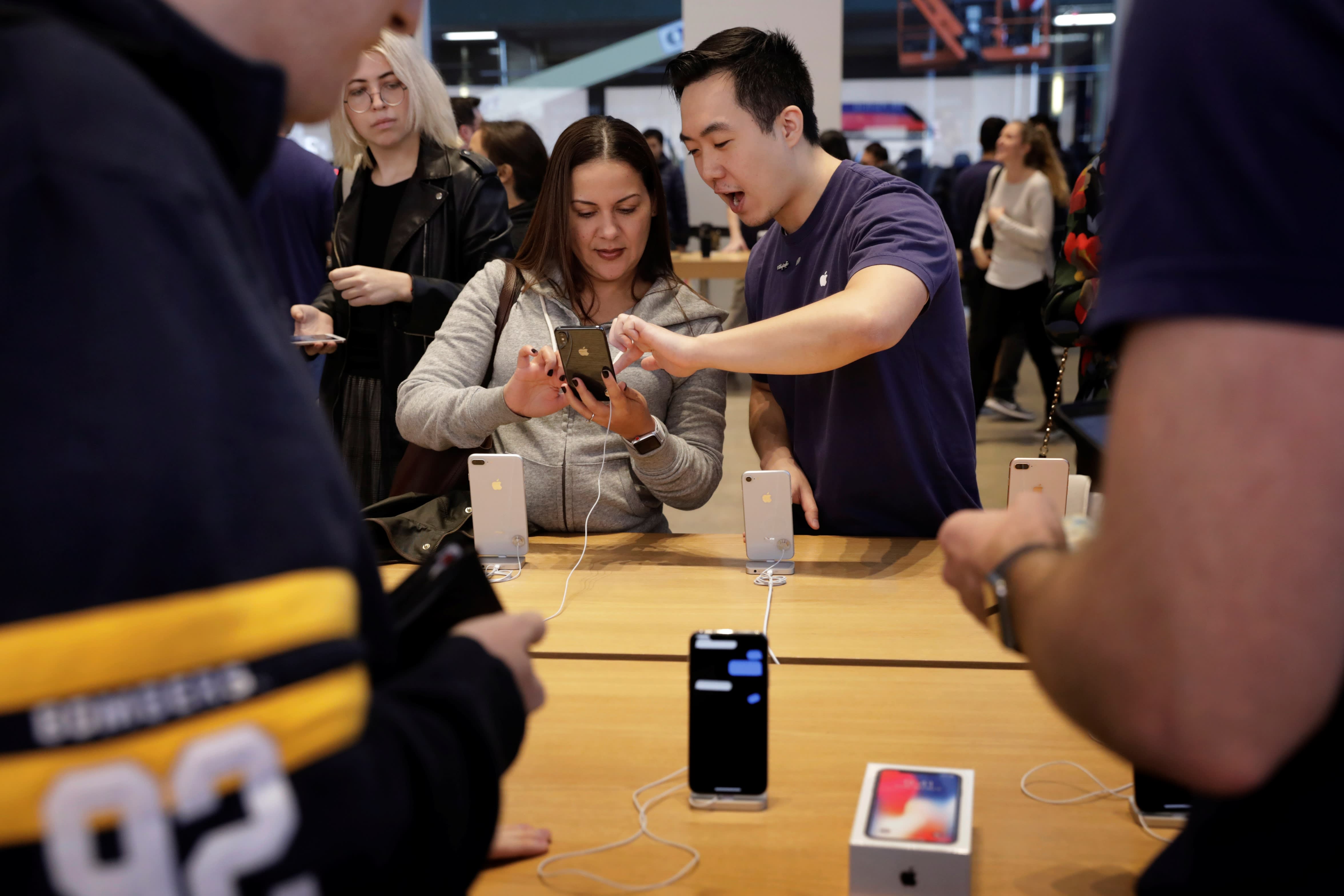 The gains came ahead of the Nov. 3 launch of the iPhone X, even though component makers and assemblers were grappling with production issues amid brisk demand for Apple's new flagship handset.

Sole iPhone X assembler Hon Hai Precision Industry, better known as Foxconn Technology Group, managed a modest 2.87% increase due to relatively low production volume stemming from a shortage of components. Foxconn has been turning out about 400,000 iPhone X units a day, below the planned capacity of around 600,000, according to Jeff Pu, an analyst at Taipei-based Yuanta Investment Consulting.

Pu noted that while Hon Hai is making more iPhone X handsets now, some component makers, including those supplying parts for Face ID, have yet to fully resolve production bottlenecks. This has pushed back the traditional peak season for the iPhone supplier from the July-September period to the three months through December, according to analysts and industry sources.

Still, many of the best October performers on the watch list were Apple suppliers.

Metal casing provider Catcher Technology saw monthly sales surge more than 51%, thanks to Apple orders. Its top line has also received a boost from the new business of assembling glass backs and metal frames for the iPhone 8.

TPK Holding reported a 21% increase thanks to a higher price tag on touch modules used for the iPhone X's organic light-emitting diode, or OLED, display.

Despite the strong results, many investors are in wait-and-see mode. "The demand for the iPhone 8 and iPhone 8 Plus is disappointing," Yuanta's Pu said. "Meanwhile, it's still uncertain whether the sell-through of the iPhone X could be as robust as expected. ... Investors are a bit cautious at the moment [about pouring] more money into stocks of Apple suppliers."

Another outstanding performer on the list was Nanya Technology -- the world's fourth-largest supplier of dynamic random access memory (DRAM) chips by market share. The company's revenue increased more than 32% on the year, thanks to rising chip prices and tight supply.

On the other hand, last month's losers included device makers HTC and Asustek Computer, mobile chip provider MediaTek, and electronic component supplier Lite-On Technology. Their sales dropped by 25.79%, 9.51%, 11.74% and 14.18%, respectively; all four have been losing market share since the beginning of the year.

Panel maker AU Optronics saw revenue dip 9.89%, while rival Innolux suffered an 11.86% decline. They were both hurt by falling display prices and concerns about a looming supply glut.