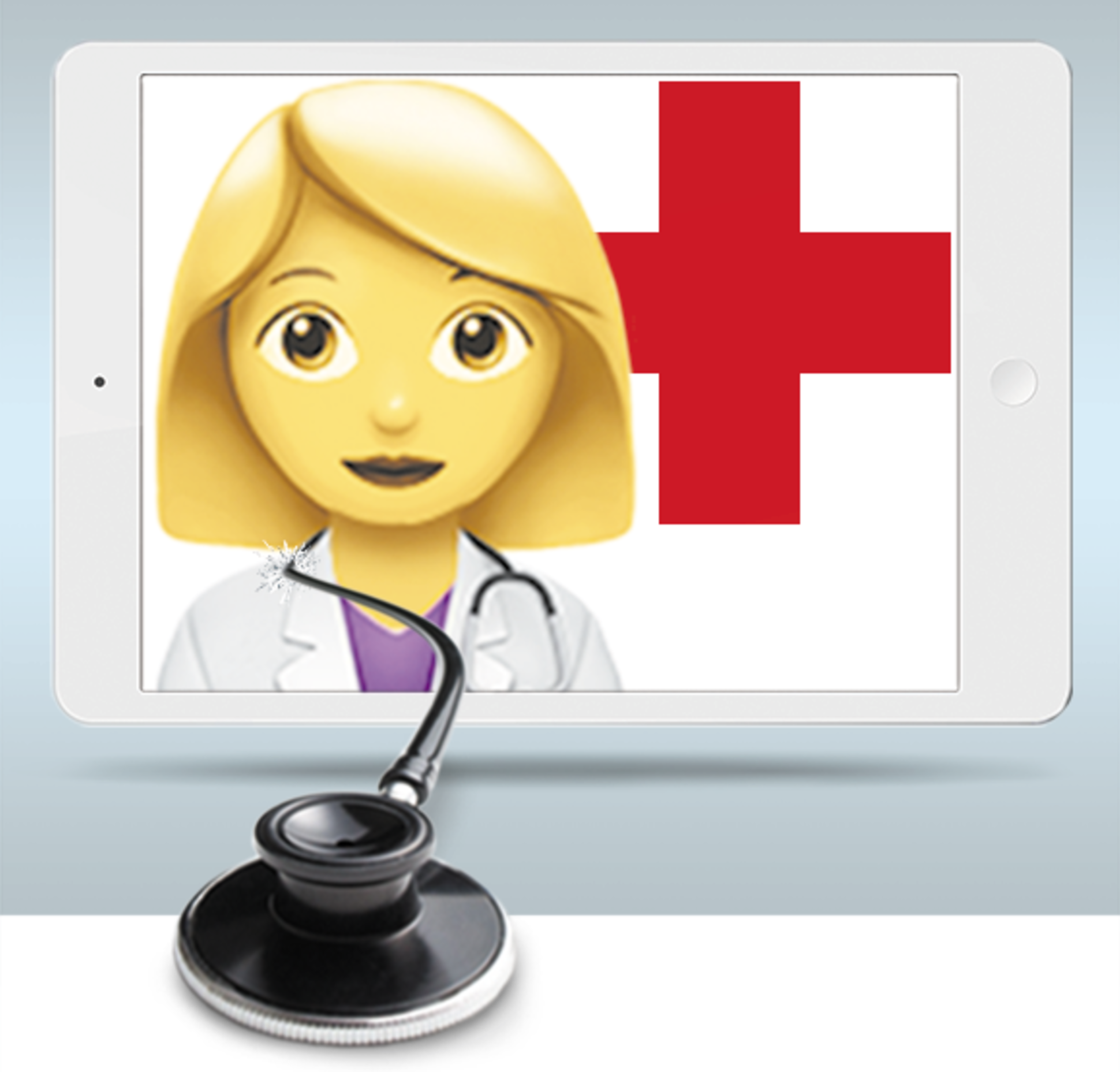 As an industry, medicine was once the preserve of the privileged few; no more

TOKYO Health care as we know it is unsustainable. Hospitals and clinics will not be able to handle the inevitable rise in the number of elderly patients. A technological transformation is vital to free up doctors to concentrate on emergencies and new fields of medicine -- and the shift has already started.

In primary care, artificial intelligence, big data and wearable devices will do much of the heavy lifting. Consulting a doctor will be something you do at home. Driving the evolution are some of the world's biggest tech companies -- Google, Facebook, IBM and Tencent -- along with a growing contingent of startups in Asia and elsewhere. Kevin Keenahan, co-founder of U.S. medical startup Tissue Analytics, was clearing out his spam folder in Philadelphia when he found an email from an unfamiliar sender. Tencent Exploration was requesting a meeting.

That chance discovery in the autumn of 2014 was the beginning of a relationship that has led to two rounds of funding from Tencent, one of China's largest internet companies. WeChat, Tencent's instant messaging service, has 889 million monthly active accounts, 2.7 times the U.S. population. In China, WeChat is used for everything from booking taxis to paying for groceries. And if Tencent's calculations are correct, it will become an indispensable part of health care.

Working out of a church-turned-office in downtown Palo Alto, California, Tencent's investment arm, Tencent Exploration, scours the U.S. for startups with the potential to be partners.

Established by graduates of Johns Hopkins University in Baltimore, Maryland, Tissue Analytics offers an application that monitors chronic wounds, burns and skin conditions using a tablet and artificial intelligence. Traditionally, a nurse measures the wound with a ruler to assess how it is healing. Tissue Analytics' app analyzes a photograph of the wound instead. This reduces inconsistency in assessments and cuts paperwork time in half.

"This is an unglamorous field of medicine, but could have value for hundreds of millions of people, reducing amputations and mortalities," Keenahan told the Nikkei Asian Review. "There is a huge need in China, where there are many diabetics."

Tencent Exploration has invested in more than 60 startups, of which 40% are related to health and wellness. The scope includes DNA testing, blood testing, cancer detection, health care crowdfunding and personal health data management, among others. Google has come up with a contact lens to monitor glucose in tears.   © Getty Images

HEALTH CARE IS IT "Virtually every single telecom and IT company is building a health care strategy," Reenita Das, a partner at consultancy Frost & Sullivan, recently told the Nikkei Asian Review. "A big shift is occurring, and that is the consumerization of the health care industry." How can I get better quicker? How can I take less medicine? How can I avoid side effects? Those are questions that patients will be able to ask and get answers to, thanks to the abundance of information that is becoming available.

Apple last year invested in Silicon Valley-based Gliimpse, a startup that offers a platform where users can store and manage their personal health data. Everything from a glucose number to potassium levels will be easily shareable with doctors. Google and Swiss drugmaker Novartis have teamed up to develop smart contact lenses that can track diabetes by measuring glucose levels in tears. In Asia, Japan's SoftBank Group and TechMatrix have joined forces to establish a scheme where hospitals can share high resolution X-ray, CT and MRI images in a timely manner, which would help compensate for Japan's chronic shortage of pathologists.

In 2016, there were 97 venture capital investments in Asia's health care, pharmaceutical and biotech sectors, according to KPMG's Venture Pulse. Those investments were worth $1.37 billion, which is more than double the figure five years ago.

TRIMMING COSTS The use of digital technologies will bring down costs. For example, the average cost of an outpatient physician visit is $100 to $150 in the U.S. today. That would come down to $40 if it were an e-visit.

Today, a radiologist looks at an X-ray, CT or MRI scan and searches for shades and colors to determine whether or not a tissue is cancerous. "Future doctors will look at the patient's statistics and use an algorithm to compare it to other similar patients," Das predicts.

Eventually this task will be automated and done by computers. Doctors will focus on surgical procedure, assisted by robots in smart operating rooms, allowing them to treat patients in a more precise, safe and efficient way.

The search for new medical technology spans the globe. Israel is buzzing with new medical startups, something that has not gone unnoticed among Chinese tech companies. Alibaba, Baidu and Tencent have local teams looking for potential tie-ups. "They visit companies along the Mediterranean coastline, between Tel Aviv and Haifa, the heart of Israeli IT and cyber innovation," said Levi Shapiro, founder of the nonprofit organization mHealth Israel, who serves as an adviser to many of the Chinese tech scouts. In Tel Aviv, a startup that specializes in voice analysis received a $3 million investment from Chinese conglomerate Kuang-Chi group last year. Beyond Verbal Communication has technology that allows real-time analysis of a person's emotional state, based on the sound of the voice.

"There is a difference in enthusiasm when someone says, 'I like this product,' and, 'I like this product,'" said Bianca Meger, Beyond Verbal's vice president for marketing. The company's technology has already been integrated into call centers, where it can show whether the caller is cheerful, distressed or outraged. But the startup believes it can do much more.

Based on research conducted with the Mayo Clinic in the U.S., the company's long-term vision is "to detect cardiovascular diseases through people's voices," Meger said. What gives people with heart problems distinct vocal qualities is still being studied, but it is thought to be either a nerve bundle that connects the neck to the spine, or due to water in the lungs. Either way, blind tests have shown Beyond Verbal's voice analysis to be highly accurate in detecting patients with heart conditions.

Since the investment, Beyond Verbal has held weekly conference calls with Kuang-Chi's headquarters in Shenzhen to discuss how to commercialize the Israeli company's technology in the huge Chinese market. If successful, the technology could benefit China's 250 million migrant workers who have moved from the countryside to the cities.

"People working in cities will be able to monitor the health of their parents back home by remotely monitoring their voice," according to Meger. 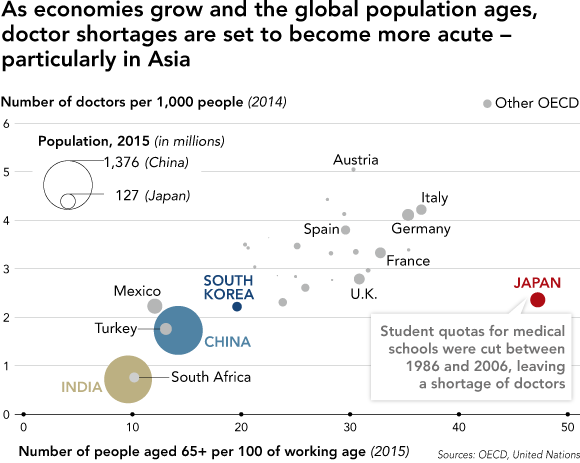 Likewise, technology could bring health care to those in Southeast Asian villages who until now have not had access to the best doctors. Populous countries such as Indonesia and Myanmar have far fewer than one physician per 1,000 people, compared with five per 1,000 in the most developed nations, according to the World Health Organization.

Car prices have not seen such out-of-control inflation because automakers are constantly looking for ways to curb costs. The same, evidently, cannot be said of the health care industry. And health is one of the few sectors where consumers have little influence over pricing; often, they are not really sure what they are paying for.

Unlike in banking, say -- where people can choose the type of account they want, or whether to conduct their business in person, at an ATM or online -- patients often have little input in the decisions that shape their health care. That is changing, however.

Wearable devices are one of the game-changing tools. People will be able to collect data about their heart rate, blood pressure, body mass, stress levels and living environment. That data is likely to shift the focus of health care from curing illness to prevention through monitoring and early detection.

Today, health care is centered around curative action. Pharmaceutical companies race to create the next blockbuster drug. But coming up with new drugs has become increasingly difficult and astronomically expensive. Treatments for many of the more tractable illnesses have already been developed; the ones that are left are harder.

Frost & Sullivan predicts that health care spending on treatment will shrink to 51% of the total in 2025, versus 70% in 2007. Spending on monitoring, prevention and diagnosis will grow to a combined 49% from 30%.

McKinsey & Company, another consultancy, predicts that close to $300 billion could be in play with the development of new technologies. Monitoring and early detection will reduce the volume of inpatient treatment.

Online scheduling, digitally stored health data and electronic payments could reduce administrative costs, which account for 16% of health care spending. Meanwhile, new technologies will lead to new streams of revenue, which will be fought over by incumbents and technology heavyweights.

The vast amount of data that will be stored and shared means that tight cybersecurity measures will be crucial. Health care records -- including social security details, addresses and patient histories -- are particularly valuable to hackers.

The transformation is coming at a crucial time. By 2075, there will be 77 elderly people for every 100 of working age in Japan, a dramatic increase from the 47 today. South Korea is forecast to overtake Japan, with the ratio reaching 80 seniors per 100 working-age people. The OECD average will be 55.

RACE FOR TALENT As they move into this brave new world, medical students will be taught principles of data science, analytics and cybersecurity as part of their studies. The companies that will benefit the most will be the likes of Google, Apple, Facebook, Tencent and Line: those with access to personal data and people's daily habits. Advances in digital health care will also create business opportunities for companies like IBM and Intel in data storage, blockchain providers for enhanced cybersecurity and a range of companies that handle artificial intelligence and machine learning.

The race to develop new technology will ultimately come down to talent. "Key figures with AI knowledge are considered as valuable as NFL franchise quarterbacks," said Tissue Analytics' Keenahan. "The most coveted are students who graduate from schools such as Carnegie Mellon University, MIT and the University of Toronto."

To extend the football analogy, these tech experts will be scouted and compensated in the millions of dollars, just like a gifted quarterback. And unlike the NFL, there is no salary cap in health care. 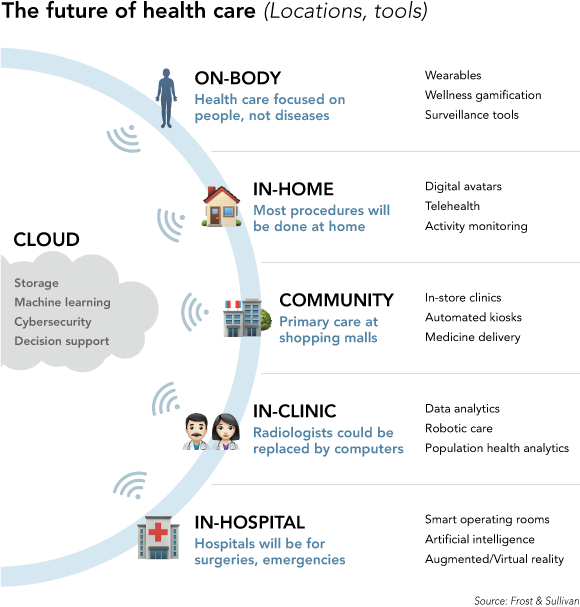