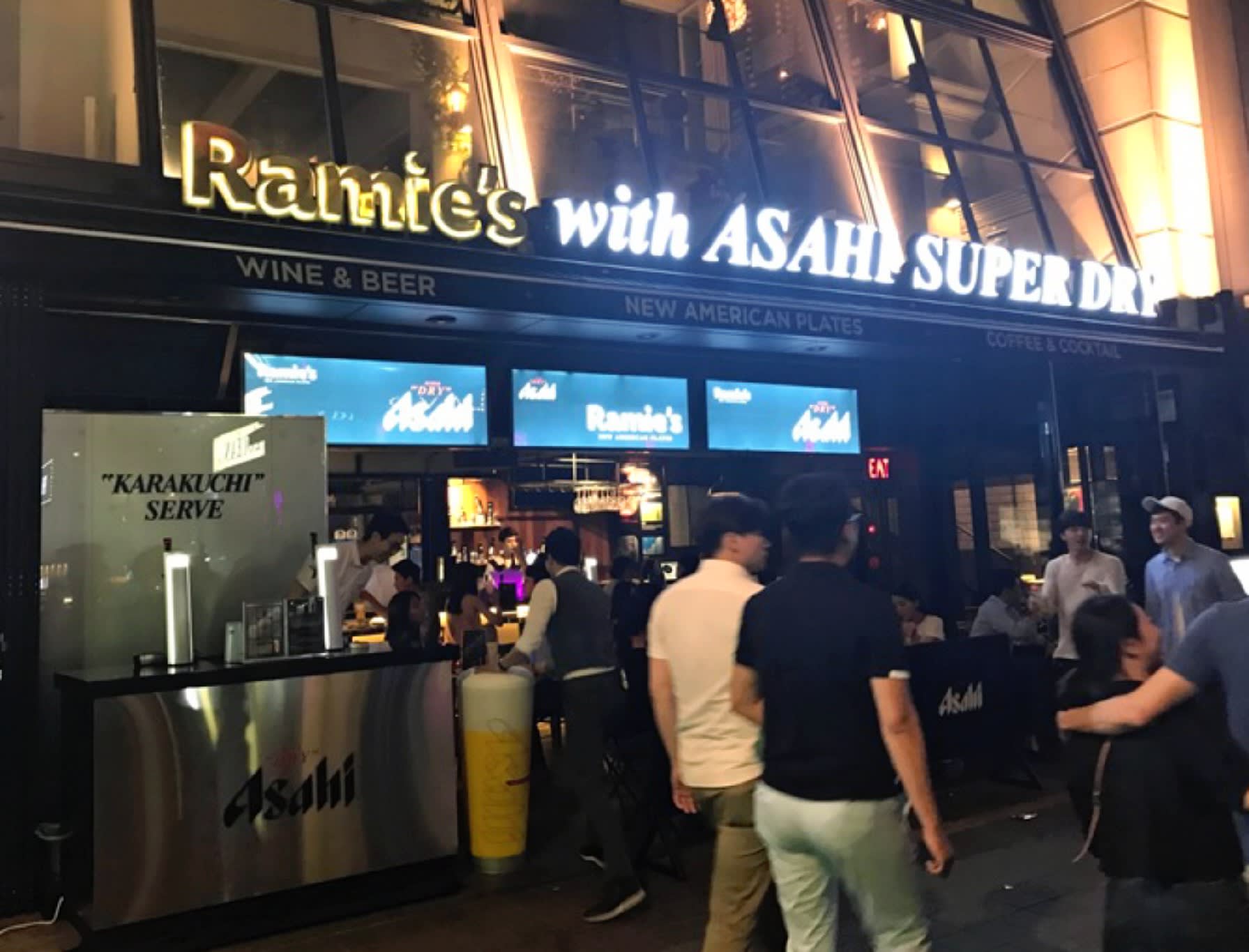 TOKYO -- Asahi Breweries will introduce freshness-ensuring techniques in South Korea for its Super Dry brand, looking to add to its already market-leading share of the country's imported beer market.

The Japanese beer maker does not have a brewery in South Korea and exports most of the Super Dry bound for there from Fukuoka in southwestern Japan. The Hakata brewery in Fukuoka will now receive orders twice a month rather than just once and increase production from once every 10 days or so to two or three times.

The company is also improving logistics efficiency. Robots will begin packing export containers. Shipments from Hakata to Busan will be sent twice a week instead of once.

Canned beer goes stale over time due to oxidation. Asahi wants to improve the freshness of its South Korea-bound beer by slashing the time between production and arrival on store shelves from three to four months to 1.5 to 2.5 months. The effort began this spring. The Japanese brewer expects to have the process fine-tuned within the year.

Asahi dubs this approach "freshness management." It is already used in Japan and reduces distribution stock while improving the freshness and turnover rate of products. South Korea will be the first place where Asahi introduces the process abroad.

Super Dry became Japan's best-selling beer and fueled Asahi's domestic growth in the 1990s. In 1998, Asahi regained the top share of Japan's beer market for the first time in 45 years thanks to the silver-canned brew's popularity.

Now, Asahi is trying to grow its overseas business. In 2016, parent Asahi Group Holdings purchased European beer brands from Anheuser-Busch InBev, the world's largest beer company, for about 9.85 billion euros ($11.3 billion at current rates) in two separate deals. When brewers expand abroad, they often seek to export from neighboring countries first, then switch to local production for achieving volume sales. Asahi is expanding local production, but there is a limit in markets where it cannot secure enough sales. The company wants to capture more demand by improving freshness.

South Korea's imported beer market is crowded with over 200 brands. Asahi holds the top spot with roughly 15% share of that market. Asahi established a joint venture with Lotte Group in 2004 to try to make headway among South Korean consumers.

Asahi is working to establish a reputation for quality there with steps like opening a pop-up bar in Seoul this summer where patrons can try Super Dry.