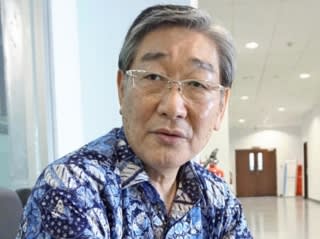 Naoki Izumiya, president of the group, said in an interview with The Nikkei on Wednesday that it was important for the company to form an alliance with Indonesia's largest food company Indofood. Its large distribution network will help Asahi achieve its goals in Southeast Asia, he said.

Q: Why has Asahi established a production base in Indonesia?

A: Our goal is to tap into Asian growth. Indonesia, which has a large population, is one of the most important markets there for us. We can still succeed, as a late starter there, if we can develop a strong sales network. Therefore, Indofood is the best partner that we could find.

Q: What is your strategy down the road?

A: We intend to release two or three new drinks with high added value, such as a fruit juice drink, before the end of the year. As for production, we hope to expand lines within three years. We will also reinforce the liquor segment to expand.

The partnership with Indofood focuses on nonalcohol operations only. Acquiring a new partner will be crucial for success abroad.

Q: You are proactively investing in Southeast Asia. Why?

A: Once the ASEAN Economic Community launches [at the end of 2015], we will be able to expand across multiple markets. The joint venture with Indofood also paves the way for us to expand into surrounding countries.