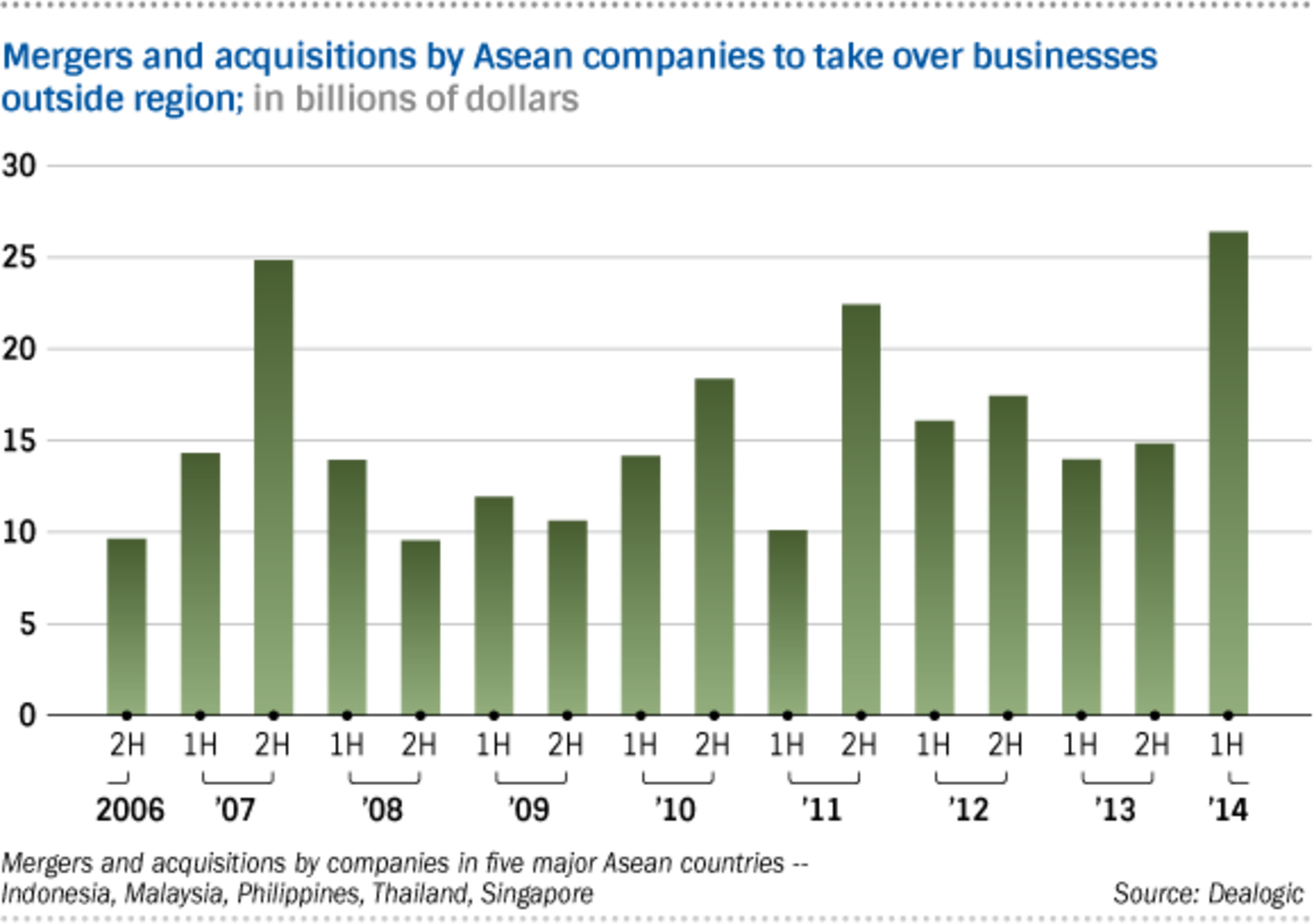 TOKYO -- Direct investment from Southeast Asia to the rest of the world has been increasing steadily, led by companies owned and managed by entrepreneurs of Chinese descent.

Companies in five major members of the Association of Southeast Asian Nations took over businesses outside the region in 194 merger and acquisition deals totaling $26.4 billion in value in the first half of 2014, an all-time high on an announcement basis, according to U.S. market research firm Dealogic.