BANGKOK -- It is well known that China's economic slowdown and falling commodity prices are hurting businesses in Asia. The question is how much. The impact on fiscal 2015 earnings at major companies is obvious. Overall, they are projected to post the first profit decline in seven years. Of 132 companies that announced earnings by the end of February, about half reported lower net profits than the previous year or fell into the red.

"I don't have a clue when spring will return," Ronnie Chan, chairman of Hong Kong-based Hang Lung Properties, said during an earnings announcement on Jan. 28. Net profit attributable to shareholders at the company plunged 56% from a year earlier to 5.09 billion Hong Kong dollars ($656 million) for the fiscal year ended Dec. 31. Total revenue shrank 47% to HK$8.9 billion, while property sales in Hong Kong fell 88% to HK$1.2 billion. The company cut its final dividend for the first time in 16 years.

"The cut is a reflection of our bearish outlook on the [property] market strained by China's slowing economy," Chan said. The Nikkei Asian Review made net profit projections for 252 of the 331 companies selected as the Asia300 whose fiscal years end between July 2015 and March 2016. Based on company filings and analyst forecasts, overall net profit is expected to shrink by 7% in dollar terms from the previous year. This will be the first year-on-year decline since fiscal 2008, when the global financial crisis dealt a severe blow to businesses. Profits at about 60% of the companies are expected to decline or slip into the red. 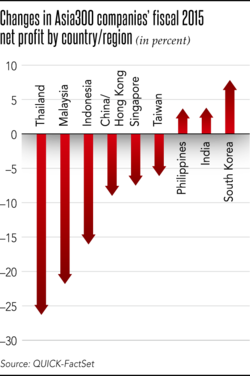 THAILAND WORST   Of nine countries where results of 10 or more companies were available, Thailand performed worst. The 20 companies surveyed there saw their profits drop by a combined 26%, a far bigger decline than the average for all of Asia. The main culprits were two state-run companies.

"We may have to suspend some of our projects," said PTT CEO Tevin Vongvanich. "Some won't be able to generate the appropriate level of income given the price slump."

Most Chinese companies will announce annual earnings in March and April. Analyst consensus compiled by QUICK-FactSet points to a 9% decline in net profit. There are also signs of deterioration through profit warnings sporadically issued by companies, including some of the biggest.

Like PTT, state-owned oil and energy conglomerate PetroChina is expecting a 60-70% net profit decline. At most, that means a drop of more than 75 billion yuan ($11.5 billion). According to Wu Enlai, secretary to the board at PetroChina, the significant decline in crude oil prices and the subsequent drop in domestic natural gas prices were the major reasons behind "a relatively large reduction" in profit.

In South Korea, steelmaker Posco is taking the brunt of the deflationary pressure originating in China. Its net profit in fiscal 2015 dropped by 71% to 180 billion won ($150 million). With cheap Chinese products inundating the global market, the price of carbon steel has fallen 17% from a year ago to 606,000 won per ton. 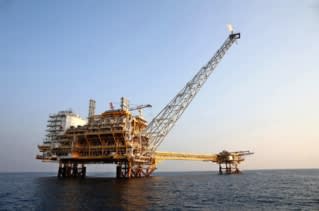 A natural gas rig off the coast of Myanmar.

Taiwan's technology industry is also struggling. TPK Holding, a key touch-module supplier for Apple, just went through its most disappointing year since going public in 2010, amid a supply glut and competition from low-cost Chinese rivals. For all of 2015, TPK posted a net loss of 20 billion New Taiwan dollars ($608 million), compared with net profit of NT$277 million in 2014. TPK projected a grim outlook for the current quarter, saying it may post a negative operating profit margin.

Chief financial officer Freddie Liu said the company trimmed more than 20 clients in China last year from which it was barely making a profit. He added the company wants to sharpen its focus on high-end electronics makers, mainly in the U.S. and Japan, in an effort to turn around the business.

Among all Taiwanese companies, panel makers are having a particularly hard time amid challenges from rising Chinese competitors. Two major panel suppliers, Innolux and AU Optronics, posted losses in the fourth quarter, hit by weak electronics demand and a supply glut. Paul Peng, chairman of AUO, said there are no significant growth drivers in 2016 and predicted the oversupply caused by Chinese rivals will linger, meaning price wars will likely continue. 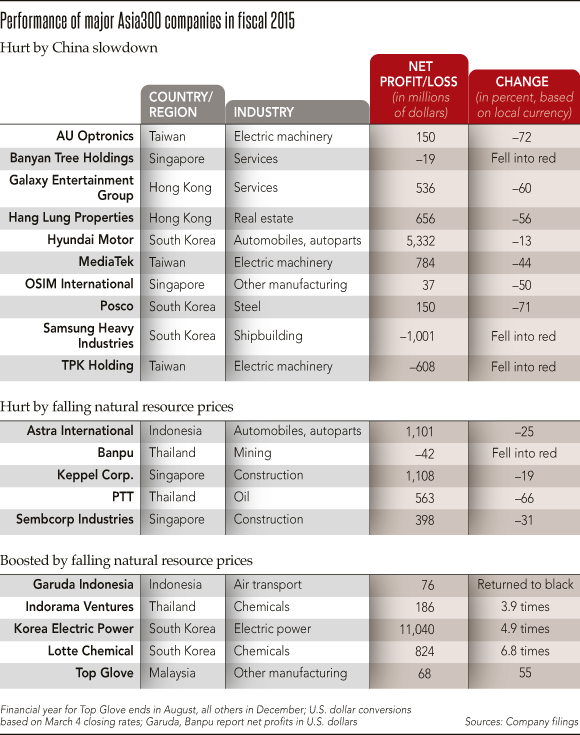 OSIM International, a Singaporean retailer of massage chairs and other lifestyle products, said its net profit was cut in half. "Retail sales across the core countries have been soft," the company said in a press release.

Another victim of China's slowdown is the service industry. Macau casino operator Galaxy Entertainment Group was hit by both the economic downturn and a campaign against graft and extravagant spending that scared away many high rollers. Analysts said Macau's gaming sector is not out of the woods yet despite a better-than-expected gambling revenue performance in February. There is still "rising risk of demand disappointment with the weakening [yuan] and China's macro-economy," analysts at Nomura said in a Feb. 23 note.

In Singapore, resort hotel operator Banyan Tree Holdings posted a net loss of 27.51 million Singapore dollars ($19.9 million) for 2015, compared with a S$1 million profit the previous year. The hotel operator struggled with lower occupancy, declining room rates and unpaid management fees from hotel owners in China that the company has contracts with. Among companies hit by falling commodity prices was South Korea's Samsung Heavy Industries, which posted a net loss of 1.2 trillion won, one of the biggest losses in the survey. The company has been working to make offshore platforms a new main revenue source, but orders have declined as resource developers withhold investment in response to falling oil prices. Samsung Heavy, Hyundai Heavy Industries and Daewoo Shipbuilding & Marine Engineering -- South Korea's three largest shipbuilders -- received no orders at all in January.

Thailand's largest coal miner, Banpu, booked a net loss of $42.7 million, compared with a net profit of $82.7 million the previous year. Sales decreased as the decline in coal prices brought down the average selling price of coal it produced in Indonesia and Australia by 15%. Indonesian conglomerate Astra International reported 14.46 trillion rupiah ($1.1 billion) in net profit, a 25% decline. The drop was led by its palm oil unit, Astra Agro Lestari, which was hit hard by falling crude palm oil prices and foreign exchange losses on its U.S. dollar-denominated debt.

Some companies benefited from the lower commodity prices. South Korea's Lotte Chemical boosted profit nearly sevenfold to 992 billion won, the biggest increase among the Asia300 companies that released results by February. Profit margins in the ethylene business expanded thanks to cheap crude. The Malaysian subsidiary, which had posted a loss in fiscal 2014, returned to the black. Sources close to the company expect solid revenue in 2016 against the backdrop of stable raw material prices.

Thailand's Indorama Ventures posted a net profit of 6.6 billion baht, an almost fourfold increase. The world's largest producer of polyethylene terephthalate used for plastic beverage bottles has been on a shopping spree, completing six merger and acquisition deals last year. Not only did this add 1.6 million tons to its annual production capacity, contributing to production growth of 12%, but the company was able to acquire companies at below book value, leading to realization of "reverse goodwill" as well.

After a disastrous year in the red, Garuda Indonesia swung back to a $76 million net profit in 2015. Along with a decline in fuel costs, which account for up to 40% of the company's total expenditures, the country's flag carrier slashed operating expenses by restructuring loss-making international routes.

Some companies also faced other problems in 2015. Malaysia Airports Holdings, the country's largest airport operator, recorded a 94% decline in profit to 37 million ringgit ($9 million). It was bogged down by finance costs, including interest on borrowings and other liabilities.

"Compared against other listed airports in the region, MAHB has the lowest growth rate and most erratic cost fluctuations," said Maybank Investment Bank analyst Mohshin Aziz. He said investors should look at Airports of Thailand and Beijing Capital International Airport instead, as both have sturdier balance sheets and cash flows. 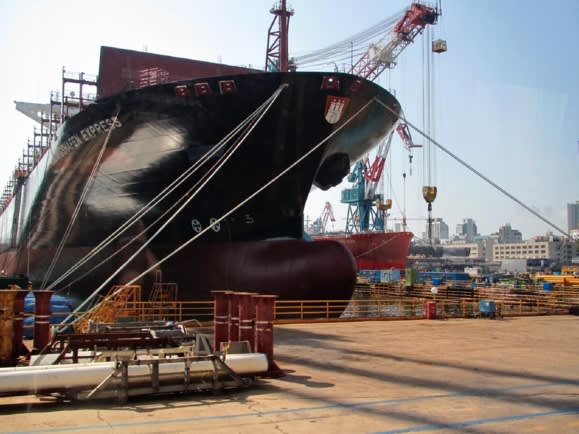 Shipbuilders such as Hyundai Heavy Industries are suffering from weak orders.

Nestle India spent the year fighting against the country's authorities. Net profit fell to 5.6 billion rupees ($83.8 million) from 11.8 billion rupees a year earlier as the company has yet to fully recover from a food-safety debacle involving its popular Maggi noodles. Suresh Narayanan, chairman and managing director of the company, called 2015 "a very tough year," saying the impact of the Maggi crisis extended not only to the company's factories and employees but also to hundreds and thousands of its partners, suppliers, farmers, retailers and customers.

Korean Air Lines' net loss widened 50% to 703 billion won. Although the carrier was able to cut fuel costs, the gain was more than offset by foreign-exchange losses as the won fell against the U.S. dollar.

Despite the tough environment, some companies fared well. One of the high achievers was Taiwan Semiconductor Manufacturing Co., the world's largest contract chipmaker, which boosted net income 16% to NT$ 306.5 billion. The key manufacturer of core processor chips for Apple's iPhone is expected to boost revenue and operating profit by 5% to 10% in 2016, according to Morris Chang, the company's founder and chairman. TSMC controls 70% of the global market for the most leading-edge computing, networking and graphic processors. 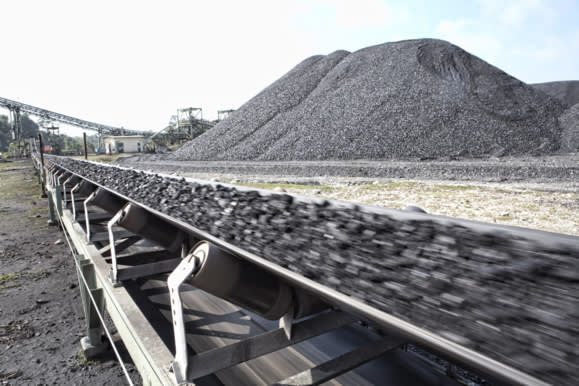 Still, the outlook for Asian corporate earnings in fiscal 2016 is not optimistic. Analyst forecasts compiled by QUICK-FactSet of the same 252 companies surveyed show that the aggregate net profit is expected to grow by a mere 0.2 percent.

Shingo Ito, senior economist at Mizuho Research Institute, also sounds a pessimistic note. In addition to the slowdown in China and the decline in natural resource prices, he cites excess output of information technology products, such as smartphones and panels. "Overproduction is an issue for the high-tech industry as well," Ito said. "The overall business environment will remain tough."