Latest count of the superrich includes 720 Asians, US leads the way by country 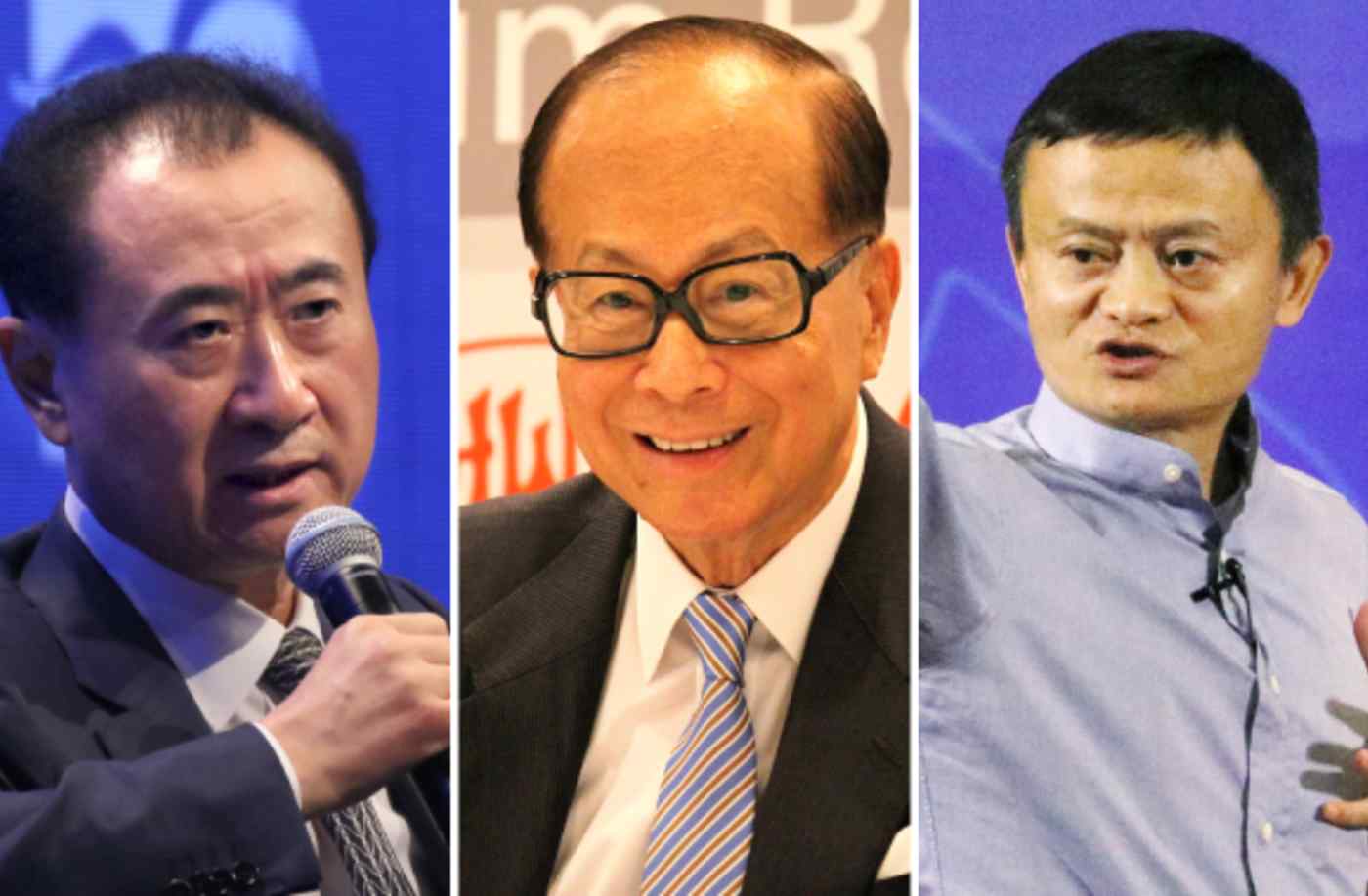 NEW YORK/TOKYO -- The number of billionaires across the world topped 2,000 for the first time ever, with the Asia-Pacific region home to more than anywhere else, 720 to be precise, according to Forbes' annual rich list.

In the list released on Monday, Microsoft's Bill Gates maintained top spot for the fourth-straight year with a fortune of $86 billion, while Wang Jianlin, the chairman of Dalian Wanda Group and China's richest man, was the most affluent Asian, coming in at 18th with a fortune of $31.3 billion. 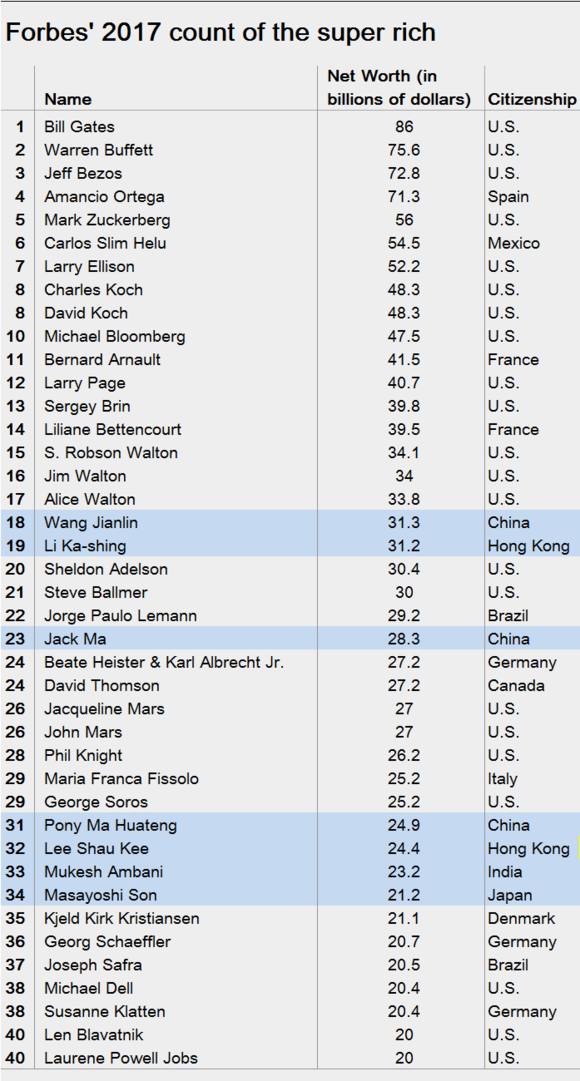 Wang is on a shopping spree in the movie business, purchasing European cinema operators and Hollywood assets such as Legendary Studios. The Chinese company is now the world's biggest cinema operator with 1,470 theaters and more than 15,000 screens.

Wanda is also eyeing an opportunity in soccer, acquiring stakes in Spanish club Atletico Madrid as well as signing a strategic partnership agreement with FIFA, making it one of the world governing body's top-level partners.

Wang was followed closely by the richest man in Hong Kong, Li Ka-shing, in 19th with $31.2 billion. Li controls the conglomerate CK Hutchison Holdings and its real estate arm Cheung Kong Property Holdings. Li has used M&A deals to build a global business empire. His most recent move involved a 7.4 billion Australian dollar ($5.6 billion) offer for Australian energy company Duet Group, made in January by a consortium including CK Hutchison.

Founder of Chinese internet giant Alibaba Group Holding Jack Ma Yun was the third richest man in Asia, at No.23 and worth $28.3 billion. Alibaba made international headlines when its public stock offering in New York in 2014 became the biggest ever IPO. Apart from its mainstay e-commerce business, the group has ambitions in the movie industry, with its entertainment arm Alibaba Pictures striking a cooperation agreement with Amblin Partners, a production company led by Steven Spielberg.

Tencent's Pony Ma Huateng was Asia's fourth richest. The instant messaging application Weixin/WeChat that Ma runs now boasts a whopping 806 million monthly active users. The company is seeking to team up with more retailers in Hong Kong to boost usage of its WeChat Wallet mobile payment service in the city.

With assets of $21.2 billion, Masayoshi Son, the chairman and CEO of telecoms company SoftBank Group, was 34th globally and became the richest Japanese again for the first time in three years. Son is credited with "discovering" Jack Ma, and is preparing a Saudi-backed 10 trillion yen ($87 billion) investment fund with around 10 other investors including Apple, Qualcomm and Hon Hai Precision Industry.

The list was filled out with some familiar faces; behind Bill Gates at No.2 was legendary American investor Warren Buffett with $75.6 billion and at No.3 was Jeff Bezos, founder of online retail giant Amazon.com, who moved up from fifth to third with a fortune of $72.8 billion. Bezos posted the largest gain of wealth on the list -- a $27.6 billion increase -- thanks to the surge of Amazon shares.

The Forbes list also revealed that the number of people with assets of more than 1 billion dollars jumped 13% from a year earlier to a record 2,043, largely helped by strong stock prices.

While the Asia-Pacific region boasted the largest number of billionaires, by country, the U.S.led the way with 565. It was followed by 319 in China, 114 in Germany and 101 in India. China added 76 billionaires to the list.