TOKYO -- An emerging group of Asian venture capitalists are exploring whether insects and lab-grown meat can help meet Asia's growing appetite for food.

For Shanghai-based accelerator Bits x Bites, the search for sustainable food has extended to silkworms. Last year, the company invested in Bugsolutely, a local startup that is developing insect-based snacks.

Silkworms are grown to spin silk, with the worms usually disposed of when they are done producing. Bugsolutely, which made its name selling cricket-based pasta, noted that the waste was rich in protein, vitamins and minerals. This prompted the company to infuse snacks with silkworm powder in popular flavors like salt and vinegar.

"After a lot of consumer research, we started to learn that the younger generation doesn't want to see whole insect pieces," said Matilda Ho, managing director of Bits x Bites, in a recent interview in Tokyo. "Also, since no one can taste the insect flavor ... it's easy for people to adapt to the new concept. We are excited about how this product can bring traction to the market."

Bits x Bites was launched in 2016 as China's first accelerator specializing in the food technology sector. Backed by local condiments company Shinho, it normally provides no more than $500,000 in seed funding to promising ventures in exchange for minority stakes. It also supports their growth through mentorship programs and connecting them to potential investors.

As Asia's population expands, so will the challenges in meeting its dietary requirements. China has already overtaken the U.S. in the number of obese people, according to a 2016 study by the Lancet Medical Journal. The country has also been plagued with numerous food safety issues, like the 2008 baby milk scandal in which products tainted by an industrial chemical killed several children.

"China represents 20% of the world population but less than 7% of its land is arable," said Ho. "How we feed the population for the next decade will have global implications." 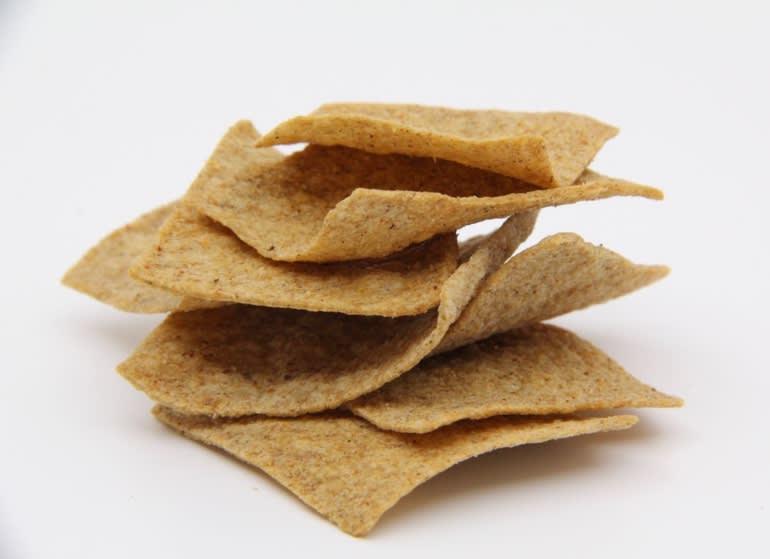 Snacks made from insects are only part of the equation. Bits x Bites has invested in ten startups ranging from Alesca Life, which sells mini farms that fit in shipping containers, to Inspecto, a developer of portable devices that detect pesticides and other food contaminants. They are all tackling an industry that observers say has been slow to embrace cutting-edge technology.

"More than half a century ago, the "green revolution" solved the food security issue with chemical fertilizers and pesticides that enabled mass production," said Satoshi Koike, President of Tokyo-based farming technology startup Vegetalia. "Since then, there has been no innovation in the way we produce food."

Food-related startups have taken off in the U.S., where preference for organic food has spread. California-based Impossible Foods, which sells plant-based burger patties that taste like real meat, has raised more than $380 million since its establishment in 2011. Tyson Foods, the largest meat packer in the U.S., set up a $150 million venture arm in 2016 to invest in startups that develop alternative meat.

The number of investors worldwide backing food and beverage startups doubled from 223 in 2015 to 459 last year, according to CB Insights. While some prominent Asian investors like Singapore sovereign wealth fund Temasek Holdings and Li Ka-shing, one of China's richest men, have invested in Impossible Foods, the region lags behind the U.S., where large food companies have begun actively pursuing the latest innovations.

But the Asia-Pacific region is slowly catching up. At least two food and agriculture-focused accelerators have been launched in Australia in recent years. One of them, SproutX, is a 10 million Australian dollar ($7.38 million) fund backed by Australian pension fund Hostplus. It runs an accelerator program similar to Bits x Bites, and has invested in 19 startups, ranging from e-commerce and robotics to the internet of things. In Australia's large agriculture sector, which exports the majority of production, a key focus of SproutX is improving farming efficiency. One of its investments, SnapTrap, develops a system that automates surveillance for fruit flies.

"It's bit of a conservative culture in Australia," said Andrew Lai, accelerator director at SproutX. "Getting people to work in a startup is very difficult. We are essentially trying to foster a culture of entrepreneurship."

It remains uncertain whether the funds can create homegrown champions that can compete against well-funded U.S. rivals, many of which are eyeing Asian markets. Impossible Foods recently entered Hong Kong by tying up with local restaurants, marking its first overseas foray outside the U.S.

Regulation is another obstacle. Insects, for example, are generally not approved for consumption in most Asian markets, and regulations concerning lab-grown food are even less clear. Even the U.S. Food and Drug Administration recently announced that it will hold a meeting in July to share "initial thinking" about how it will regulate food made from harvesting animal cells.

"I don't think we will be able to see everyone starting to eat organic in the next decade," concedes Ho. "It's going to be a long-term game."