TOKYO -- The Asia-Pacific region overtook North and South America as the world's biggest mobile app market in 2016, according to estimates by U.S. research company App Annie.

Smartphones, tablets and other mobile platforms are gaining new uses almost every day. They can even manage our health and be our schools. 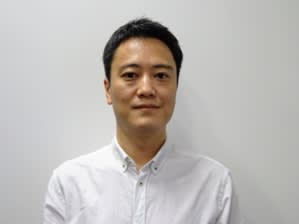 According to App Annie, people with Android-based handsets spend an average of two hours a day using their smartphones.

The world's mobile app market, as measured by app store and in-app advertising revenue, surged 27% in 2016 to $88.3 billion, according to App Annie.

Asia-Pacific led the way. Revenue from the region soared 30% to $36.9 billion, exceeding the $34.9 billion contribution from North and South America.

Revenue growth is particularly strong in China. In Apple's iOS world, China in the fourth quarter of 2016 replaced the U.S. as the top generator of app revenue.

Why is China's mobile app market expanding so rapidly?

Said Takizawa: "In addition to economic growth, [the idea of] 'mobile first' is rapidly progressing. The lack of enough offline shops and facilities in China, compared with Japan, is strengthening the phenomenon.

"Another major reason is that making payments through smartphones has become convenient, thanks to the proliferation of [Chinese internet behemoth] Tencent Holdings' WeChat and so on."

PC games have also been big in China. But with the advent of games that perform well on mobile devices, a growing number of Chinese gamers are now shifting to the smartphone as their console of choice.

"China is tough," Takizawa said. "If you do not pour several billions of yen [tens of millions of dollars] in a few weeks' time into advertising and promotional campaigns, you cannot secure a high spot in the ranking. But Japanese anime and manga are highly popular in China. Japanese companies will see increased business opportunities if they offer games based on [popular cartoon and comic book titles]."

The global mobile app market is projected to expand to $188.9 billion in 2020, according to App Annie. The researcher sees the Asia-Pacific region growing at an annual pace of 25%, reaching $85.3 billion that year.

"The biggest market in Asia-Pacific is China," Takizawa said. "The country will become a content powerhouse [by 2020]. Japan will see its mobile app market grow at a much slower annual pace of 7%. But smartphones will play an even greater role in electronic commerce and elsewhere, and economic activity through smartphones will become increasingly brisk."