At a Kyoto sake brewer, the future is in the past 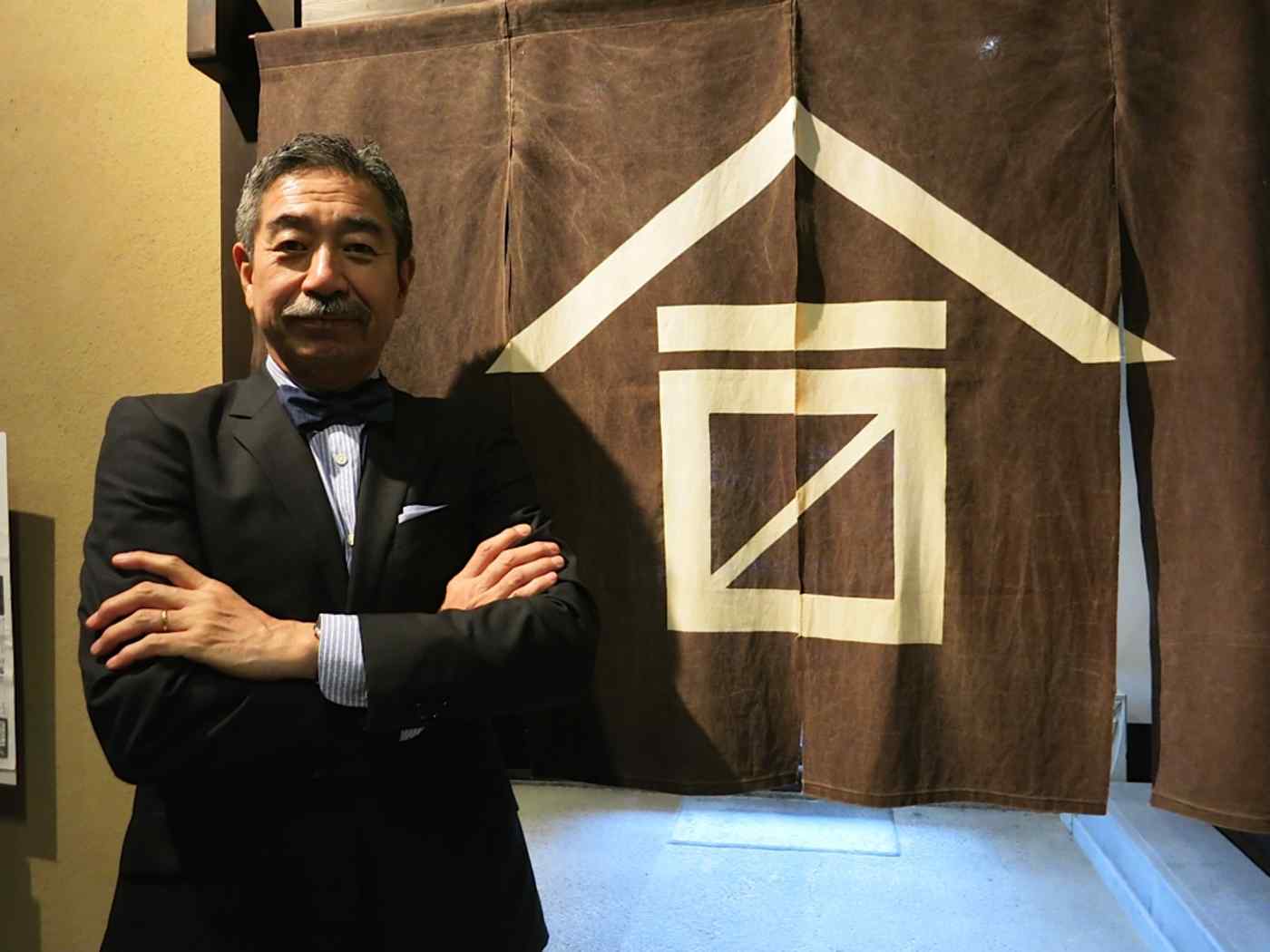 KYOTO, Japan I first spied tuxedo-clad Tokubee Masuda enthusiastically taking a selfie as the lights dimmed before a concert at Carnegie Hall. Masuda and his family were in New York for a performance by three skilled Japanese masters of Kabuki, Noh and Kyogen theater at the request of the event's organizers, including the Consulate-General of Japan. As chairman of the Global Strategy Commission of the Japan Sake and Shochu Makers Association, Masuda is often asked to support cultural events by providing Japanese food and drink as a means of synchronizing the promotion of Japanese culture and commerce.

I caught up with him at a reception for 2,000 people that followed. As he nervously eyed the guests' responses to the finger food he had arranged, we chatted about his efforts to promote sake. I had heard that Masuda represented the 14th generation of his family to manufacture sake at Tsukino Katsura brewery in Kyoto and asked him how one modernizes such a long tradition. "It's much like these performers we've just seen. We rely on skill," he said. "Come see my kura (sake brewery) some time." Tsukino Katsura brewery is located in Kyoto's Fushimi Ward, about a 30-minute drive from the city center. (Photo by Fran Kuzui)

Once back in Japan several weeks later, I did just that. Kyoto's Fushimi Ward is located in the southern part of the city, along three rivers famous for their mellow spring water used by sake breweries. The term sake is generally taken to mean all alcoholic beverages in Japan, while the term nihonshu is used for Japanese liquor, especially rice wine sake, as it is called in the West. It is brewed from fermented rice that has been polished to remove the bran. High-quality water is a key element, and breweries tend to cluster near the best sources.

Masuda's Tsukino Katsura brewery is housed in a centuries-old building that retains some of the original structure. I sat with Masuda in his office as he proudly offered samples of his various sakes. Movie directors Yasujiro Ozu and Akira Kurosawa were fond of sitting in that very room and sipping sake at night. In fact, Ozu had the entire sake brewery recreated as the setting for his 1961 film "The End of Summer."

INNOVATION IN THE GENES Being an only son, Masuda knew his future would require him to take over the family business. Luckily for him, his father had been a visionary innovator and encouraged him to travel abroad and learn how to think outside the box.

The elder Masuda was a student of history and used it to transform a sake business that dates back to 1675. Instead of looking for new ideas, he referenced cookbooks that were hundreds of years old, reviving old customs to make sake modern. He studied Old World wines and decided that sake could also have a visual component. Through adroit negotiation, he convinced the Japanese government in 1964 to allow him to brew unfiltered, unpasteurized sake, a cloudy-looking beverage that had been illegal for almost 200 years. Following an old recipe, Tsukino Katsura began producing high-quality, higher-alcohol-content nigori -- a milky, effervescent and somewhat sweeter sake that has helped move the beverage into the 21st century.

Several years later, Masuda graduated from college and was sent by his father to study German and French winemaking. He returned to Japan ready to take over the business with the newly found understanding that while a proper winery maintains its own vines and produces its own grapes, he was a sake maker with no rice fields. One of his first tasks was to acquire land and begin cultivating artisanal rice exclusively for his sake. He began with Iwai rice, which had traditionally been used only for sake, and today he grows four varieties, including the much-prized and difficult-to-obtain Yamada Nishiki.

Masuda's further insights were about sake as a product. Unlike wine, which is made from fermented sugar in grapes that is turned into alcohol, sake is made by first converting the starch in rice to sugar and then to alcohol. And unlike a car or radio, Masuda noted that the drink eventually disappears and is not easily described. Its intangible nature makes it difficult to consistently produce the same product with exactly the same qualities and characteristics. He eventually got around this dilemma by producing a variety of sakes with catchy names that translate to phrases such as "Surprised," "Cash cow" and "How are you?" 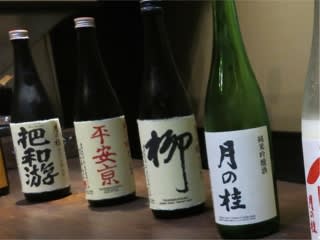 The sake selection ranges from limited-edition junmai daiginjo, made from only Kyoto rice, to traditional unfiltered nigori. (Photo by Fran Kuzui)

He decided that before he could ask the brewery staff to expand the range of Tsukino Katsura's repertoire, he would need to understand every detail of what went into creating superior sake. He began to brew sake himself with the guidance of the toji (brewmaster) who had worked with his father. Masuda explained that the toji functions as the leader of a brewing process that involves techniques and skills passed down from one generation to the next and is the key to great sake. He concluded that a significant difference between wine and sake is that wine depends 70% on the grapes that go into it, while sake depends 70% on the skill involved. With that in mind, he began building a team of skilled workers who could realize his ideas.

INCLUSIVE EMPLOYMENT Sake workers, called kura-bito, are seasonal workers who traditionally travel from afar to work at a brewery in winter after the harvest. Masuda likes to recruit locally and welcomes women to work in his kura. Again, the Masuda family is returning to historical ways: Women were likely the original brewers of sake before Shinto shrines took over that function. According to Shinto philosophy, women are "unclean" and should not touch certain things. Until recently, that included anything to do with the production of sake. Masuda informed me that his mother and grandmother were never allowed to enter the sake brewery. The tasting room at Tsukino Katsura, with the entrance to private quarters on the left (Photo by Fran Kuzui)

Tsukino Katsura's inclusiveness follows a recent trend in contemporary Japan that finds a growing number of female owner-brewers and at least 20 female toji, including Emi Machida who took over her family's 130-year-old brewery in Gunma Prefecture and is an active member of the newly formed Women's Sake Industry Group. Instead of facing resistance, many female toji say their uniqueness is a great selling point. Masuda pointed out that, after all, most Shinto gods of sake are female.

Sake entrepreneurs such as Masuda and former soccer superstar Hidetoshi Nakata, who recently debuted his Yamagata Prefecture-brewed "N" brand, are making strides in popularizing sake in Asia. Hong Kong, Taiwan and South Korea have been solid markets, with strong consumption now in China and Singapore as well.

These markets are all very different, however. Masuda feels that Hong Kong, influenced by the British and with its reverence for French wine, is far advanced in accepting foreign alcohol. The appetite in both Hong Kong and China is now mainly for branded sake, where marketing is key and brands fall in and out of favor. Generally, the more sophisticated consumer drinks sake cold. In Taiwan, however, it must be drunk warm. Also, alcohol import tax schemes in each country are often restrictive and tricky to navigate. For example, South Korea has no tax on sake brewed in the U.S., so the Japanese sake sold there is a cheaper variety, to offset the tax burden.

According to Masuda, the key to expanding consumption of Japanese sake is supporting the culture surrounding it. Sake and its Shinto roots are tied to most Japanese rituals, ranging from purification rites to weddings and store openings. He has actively worked to have sake declared the official beverage for toasting at public events in 20 Japanese cities. On the international front, Masuda was instrumental in having Japanese cuisine, for which sake is an accompaniment, added to UNESCO's Intangible Cultural Heritage list. For the future, he hopes to expand the appreciation of sake through cultural and culinary experiences so that the world can see the skill and history in each bottle.