Australia is trying to cool its overheated real estate market

SYDNEY In the mixed business and residential district of Chatswood, 20 minutes by train from downtown Sydney, a familiar scene was being played out on an early morning in mid-July. About 120 people had gathered outside a used three-bedroom home for an auction of the premises. 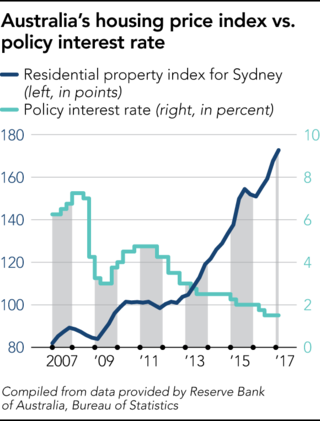 Presumably, not all were bidders, but one Asian woman chatting on her phone in Chinese seemed particularly interested. Thirteen minutes into the auction, she submitted the winning bid -- 1,945,000 Australian dollars ($1.52 million) --- apparently on instructions from her client on the other end of the line.