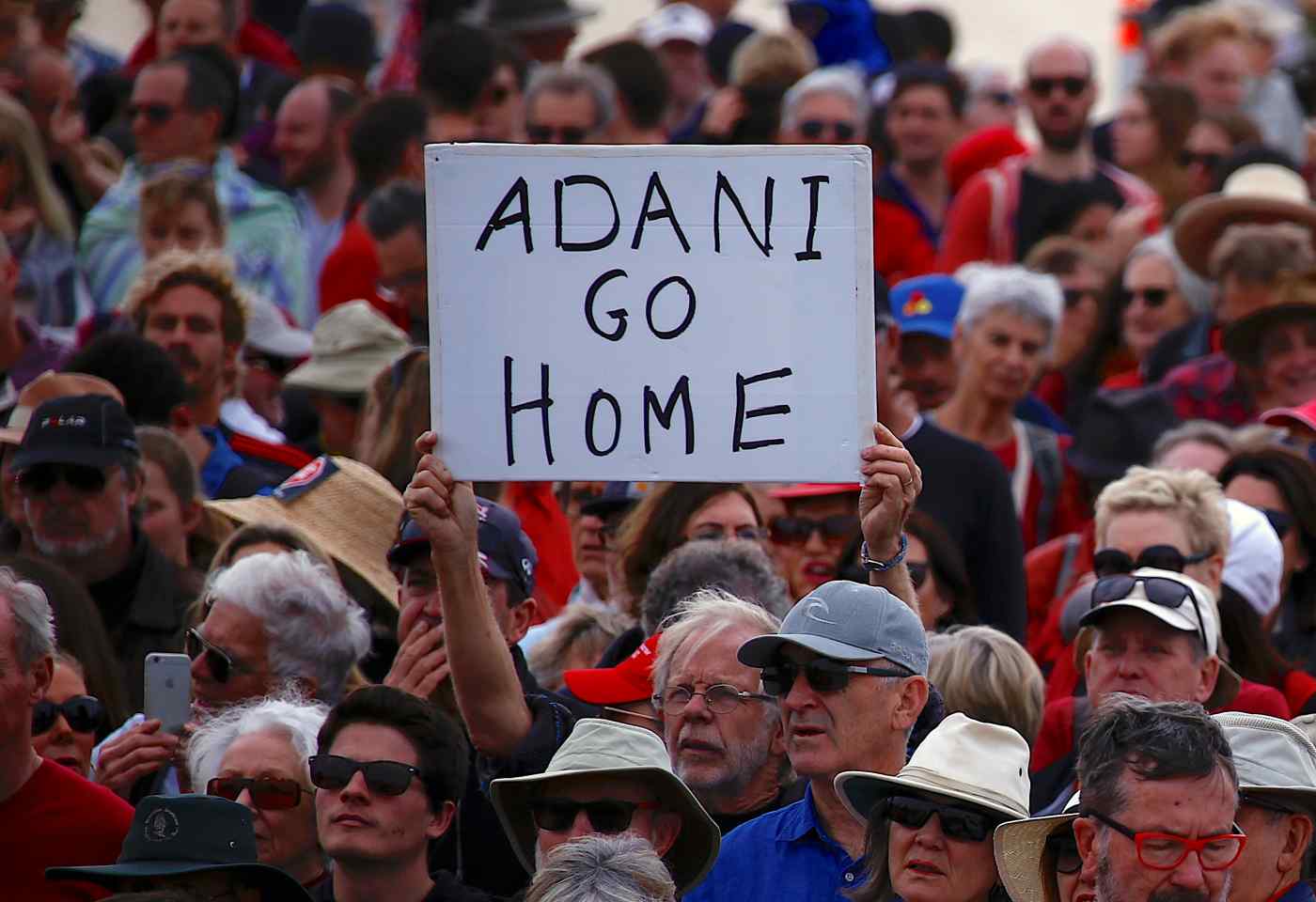 MELBOURNE The collapse of a 2 billion Australian dollar ($1.54 billion) deal between Indian mining giant Adani Group and a local contractor on the operation of Australia's largest-ever mine is the latest setback for the troubled project.

Adani said on Dec. 18 it has canceled plans to outsource operations for the Carmichael coal mine to Australian contractor Downer to slash costs for the controversial project in remote central Queensland.

The industry behemoth, led by Indian billionaire Gautam Adani, said it will take charge of operations itself to ensure "flexibility and efficiencies in the supply chain," after the Queensland state government vetoed a A$900 million federal loan for the project.

Queensland Premier Annastacia Palaszczuk, a member of the center-left Labor Party, has said she supports the development, which includes a 189km rail line, but that it should not be funded by taxpayers.

Despite Adani's assurances, the latest hitch has raised fresh questions about the future of the mine, which has been dogged by controversy over its economic viability and environmental impact.

"It certainly increases the risk that the project is going to be considered unbankable by global private financial institutions," said Tim Buckley, analyst at the Institute for Energy Economics and Financial Analysis. He noted that Adani has been relying on the promise of public funding to make the development appear less risky to private investors.

"Public funding now looks increasingly difficult to get, but I would never want to bet against a billionaire," Buckley added.

Prime Minister Malcolm Turnbull's center-right federal government has blasted the Queensland state authorities over their stance, accusing them of risking 10,000 jobs and billions in tax dollars and royalties by putting the project in jeopardy.

"I think it is a real reflection of the conflict you see within that government, within the Labor Party, between trying to appease the green left and trying to support industry and workers, coalminers and power station workers and the industry that development would bring," Turnbull said in November, following the premier's announcement of her intention to veto federal funds.

"It is an absolutely disgraceful abdication of responsibility on her part."

Since clearing environmental and other regulatory hurdles, the project has struggled to raise private funds to cover its estimated A$16.5 billion price tag. Australia's four main banks and Chinese lenders alike have ruled out involvement amid uncertainty over the future economic viability of coal and heightened concerns about climate change.

Industry consultancy Wood Mackenzie predicted in 2016 that coal shipments -- currently Australia's second-biggest export earner -- will plummet in the coming decades, from 210 million tons in 2016 to 135 million tons by 2035.

"At the end of the day, trying to invest in massive new infrastructure needed to open up a new coal basin is investing in what will be a stranded asset if the world deals with the climate change issue," Buckley said.

At peak capacity, the mine could potentially produce up to 60 million tons of coal annually, six to 12 times the volume of most existing pits in Australia, most of it for export to India.

Critics say the development is so large that it will have an appreciable effect on climate change by itself. The left-leaning Australia Institute has calculated that the coal extracted from the Carmichael mine will produce an additional 79 million tons of CO2 annually, significantly greater than the yearly emissions of New York City. Warming ocean temperatures have already been blamed for causing severe damage to large sections of the Great Barrier Reef, one of Australia's natural wonders.

Nevertheless, Adani insists the project -- which has been repeatedly delayed by unsuccessful court challenges and financing issues -- will go ahead as planned.