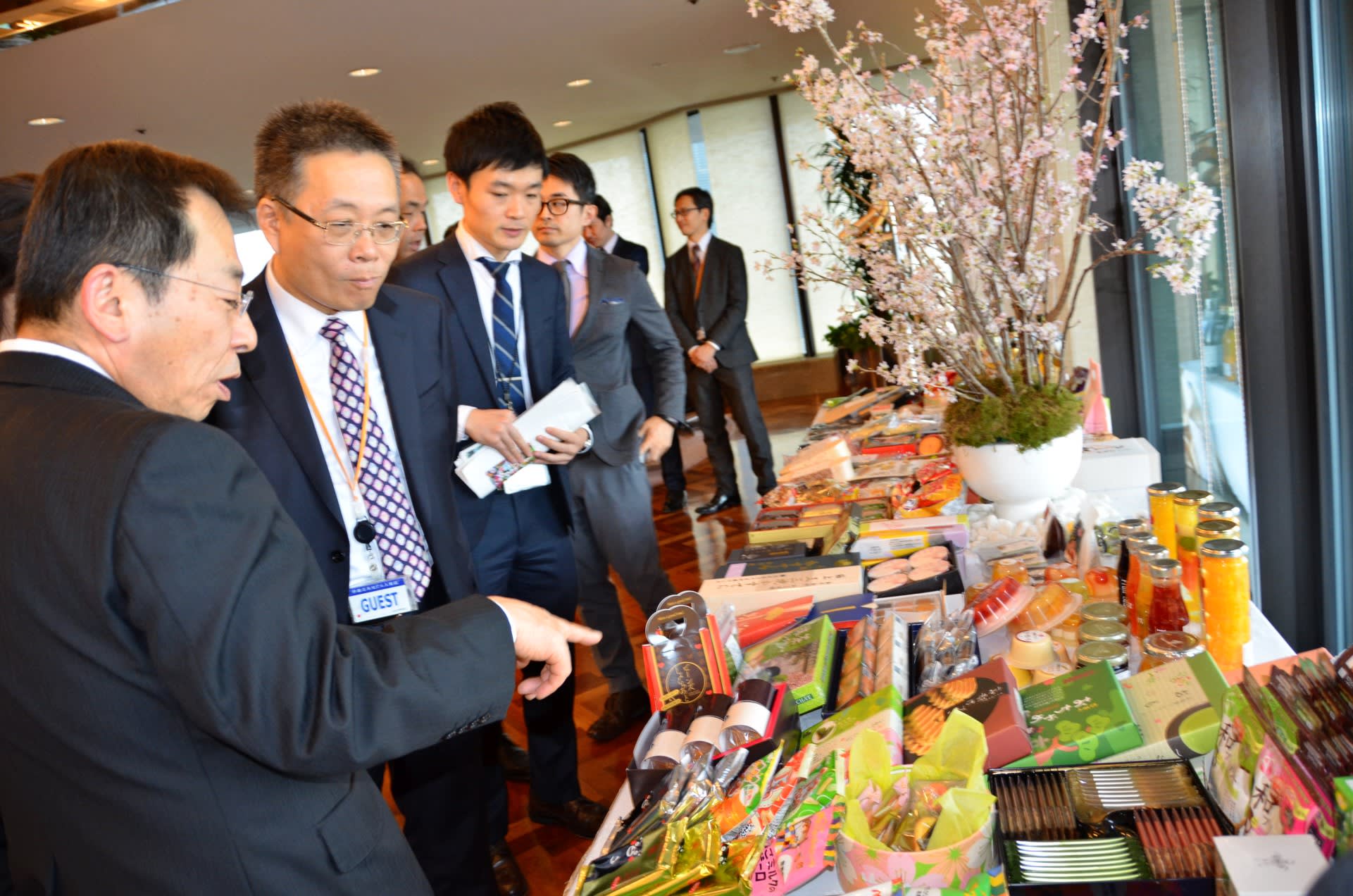 Japanese beauty goods and cosmetics can be very popular on e-commerce sites in China, but users often complain of receiving counterfeit products, prompting the launch of the J-motenus site

Zhu Gaoming, vice president in charge of the website at Citic Ltd., said it is difficult to guarantee merchandise quality in e-commerce in China due to the abundance of fake goods on the country's online stores.

"Chinese consumers are increasingly focused on quality," Zhu said. "We're working with Itochu because we want to offer authentic Japanese products that are not available on existing Chinese e-commerce sites."

Since its launch three months ago, the site has featured about 3,000 food items which are sold in Japan at department stores like the Hankyu chain and JR Hakata City in the southern island of Kyushu. The plan is to eventually expand the lineup to include cosmetics and other products.

In March, the two companies held an internal tasting event at Itochu's Tokyo headquarters showcasing the items featured on the site, including local sweets, noodles, condiments and drinks from the Kansai and Kyushu regions, which the operators said were hard to find in China.

"We're going to introduce more products that are unique to Japan," an Itochu official said, citing typical gift items like somen, very thin noodles that are served cold in summer and dipped in soy sauce-based soup, and tsukudani, very salty preserved seafood and vegetables cooked in soy sauce. The company also plans to introduce web pages explaining how the delicacies should be eaten, the official said.

A key target demographic for the website are the some 10 million high-income customers of Citic' financial operations, whom the two companies define as having annual income totaling 300,000 yuan or more ($44,100). The Chinese company is trying to lure them to J-motenus by linking it to a separate Chinese membership site that sells financial products to the customers of its securities, trust and banking subsidiaries.

J-motenus does not have to manage inventory as it purchases items from retailers on receipt of each order.

Itochu handles aspects such as translation of the website content into Chinese, images of the products and export processing, which it hopes will help make it easier for more Japanese retailers to sell their products. Sellers are not charged for displaying their products; fees are collected once items are sold.

Delivery of the products, which are sold at about twice their prices in Japan, is made in one to two weeks.

Itochu is now seeking more retailers who want to sell through J-motenus, and plans to add cosmetics, clothes and baby products to its lineup. The company has a target of 30 billion yen ($272 million) in annual sales in the next three years.

The amount of international online purchases by Chinese consumers is growing. According to Chinese consultancy iiMedia Research Group, the number of consumers that used cross-border e-commerce sites to buy from overseas in 2016 totaled about 40 million, increasing 170% from the figure two years earlier. The company estimates the number will grow to 74 million by 2018.

Tokyo research company Fuji Keizai estimates Japan was the biggest supplier in China's cross-border e-commerce market in 2016, with its share totaling 26.4%, followed by the U.S. at 24.2%, and South Korea at 21.3%.

Japanese products are sold on a number of Chinese sites, including Alibaba Group Holding's Tmall. Beauty products and baby goods are especially popular.

Citic, whose revenue comes primarily from its financial segment, is trying to raise the share of its nonfinancial segment, with a focus on consumer business. Vice President Zhu said it plans to raise the segment's profit share to 30% to 40%, without mentioning by what criteria. J-motenus is part of this drive, and the company also sealed a deal earlier this year to acquire the Chinese operation of McDonald's from its U.S. parent.

For Itochu, the site represents part of an effort to expand business in China, which it positions as its most important business goal.