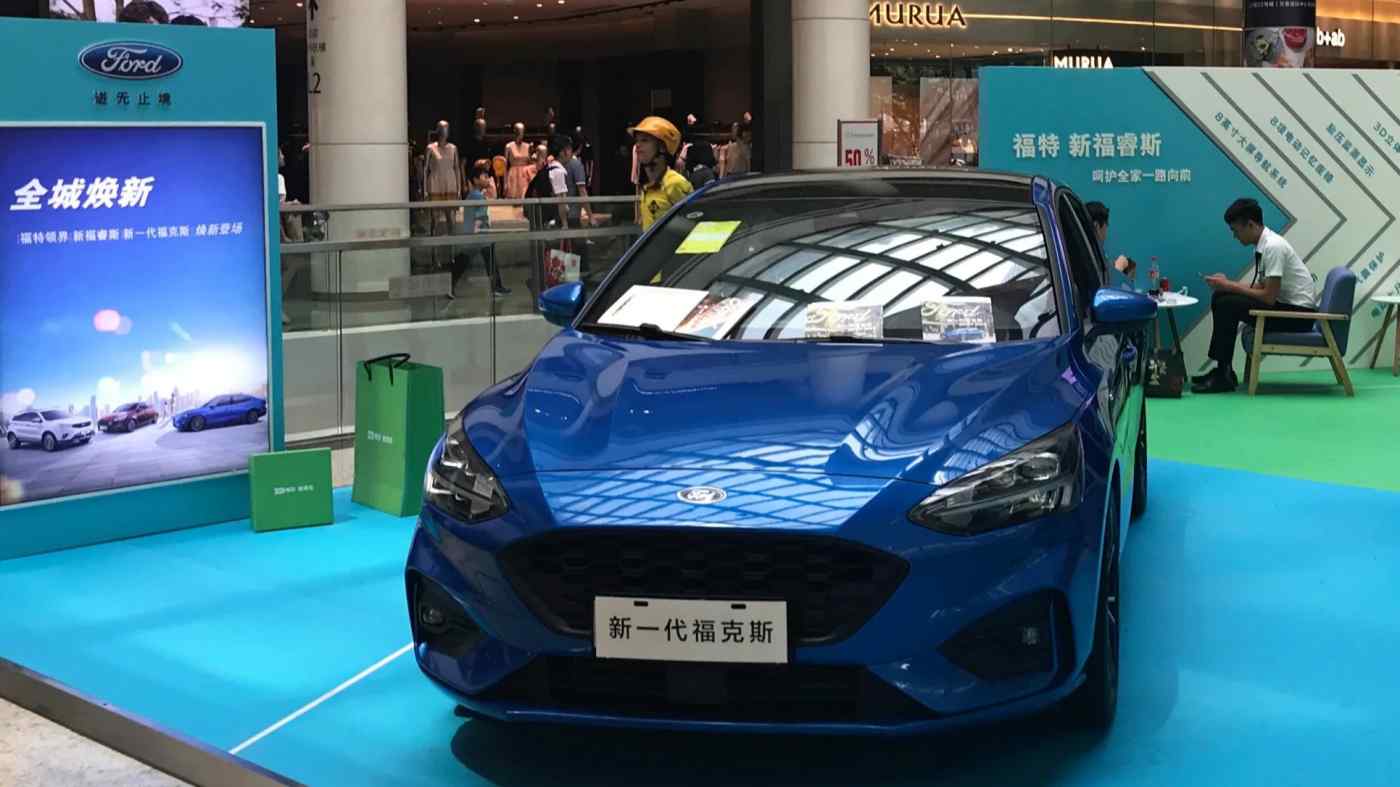 BEIJING -- New-auto sales in China fell for a second straight year in 2019, showing the impact of an economic slowdown that has forced automakers to scale back operations in the world's biggest market.

Sales slid 8.2% last year to 25.77 million vehicles, after a 2.8% drop in 2018, the China Association of Automobile Manufacturers said Monday.

Passenger vehicles, which accounted for more than 80% of total sales, declined 9.6% as trade tensions with the U.S. fueled economic uncertainty that discouraged middle-class consumers from making big purchases.

The downturn risks compounding China's economic woes. The sector serves as a major employer and, with related fields, generates an estimated 10% of the country's gross domestic product.

The outlook for 2020 is little better, as the industry association projects a 2% decline in a market that now produces around a third of global auto sales.

Automakers are retreating, notably in the auto industry hub of Chongqing.

Changan Ford Automobile, a joint venture between Ford Motor and Chongqing Changan Automobile, is laying off workers again around the upcoming Lunar New Year holiday. It reduced payroll by about 10% around the same time in 2019, and a person familiar with the matter said the company has begun cuts that will be on the same scale or larger.

Changan Ford produced roughly 200,000 vehicles last year, down by around half from 2018 and about 80% lower than what it made in 2016. Chongqing's government gave the venture roughly $20 million in August in a bid to save jobs, but the company continued to struggle.

Sales of Changan's own brands also have slumped, and France's Groupe PSA plans to exit a joint venture with the company.

Hyundai Motor's joint-venture factory in the southwestern metropolis is reportedly operating far below capacity as well.

"Because the auto industry is so broad, we have to support to ensure stable employment is our top priority," a senior local government official said.

Chongqing Mayor Tang Liangzhi delivered a work report to the municipal people's congress on Saturday that stressed promoting the auto sector as a core industry. He said his government would provide money to Changan, its venture with Ford and the Hyundai joint venture, supporting research and development as well as the introduction of new models.