At Indonesian motor show, carmakers vie to lead the pack in electrics 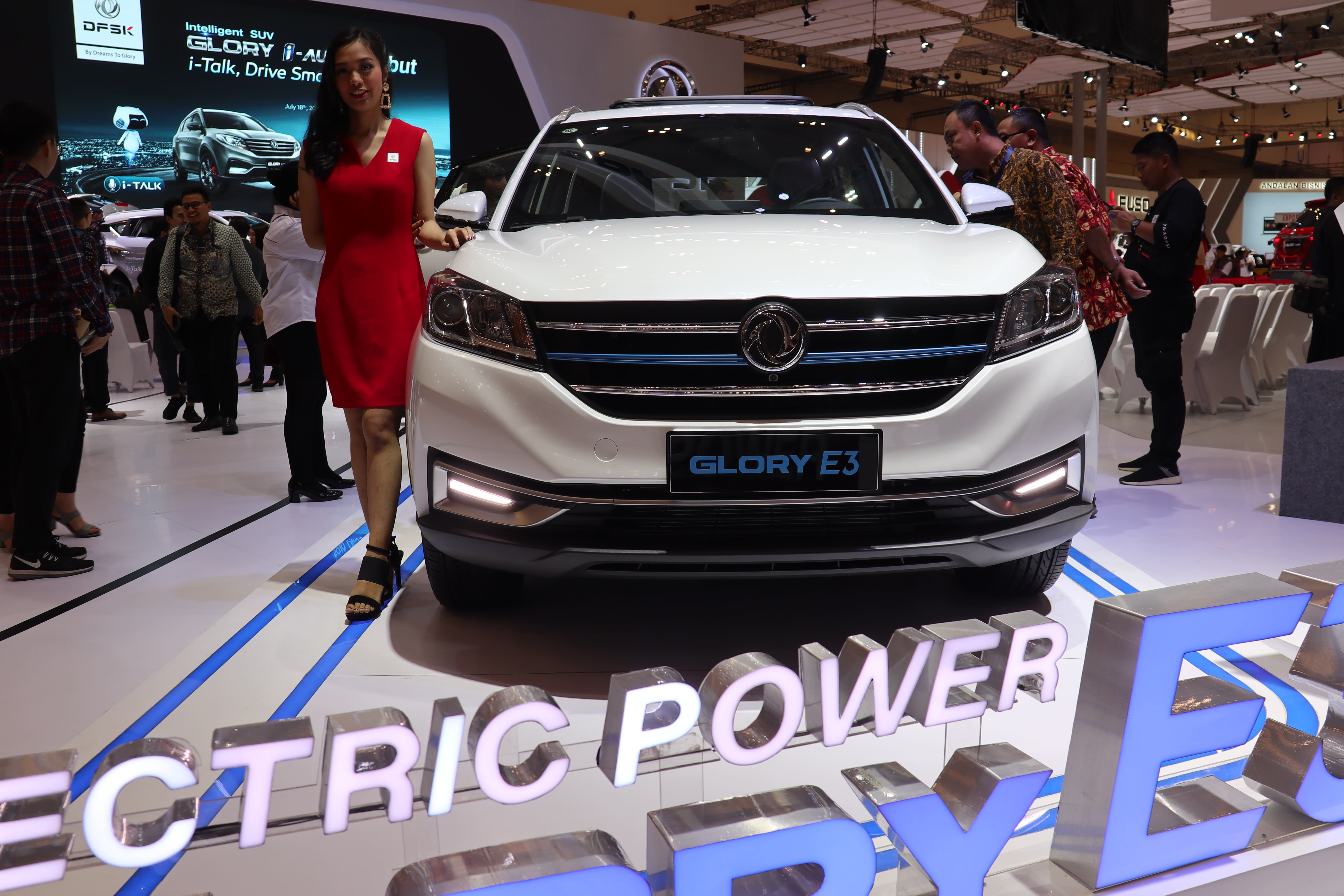 Toyota Motor affiliate Daihatsu showed off its electrified concept model for the first time. "It was made with Indonesia in mind," said Soichiro Okudaira, the automaker's president, adding that Daihatsu looks to bring hybrid vehicles to the country at some point.

Among other Japanese car companies, Mitsubishi Motors showcased a plug-in hybrid version of its Outlander, which will be its first electrified vehicle to go on sale in the archipelago nation, while Nissan Motor announced plans to sell its fully electric Leaf in Indonesia next year.

Toyota, which already sells plug-in hybrids in Indonesia, pledged before the motor show to invest $2 billion in the country over the next five years, including in electrified vehicles. Chinese automakers such as BYD are also in a position to move in, but all the players are waiting on action from the President Joko Widodo's government.

Despite high potential demand for clean vehicles in the country -- a 2018 study by Nissan showed 41% of respondents would like to buy an electric vehicle, surpassing the regional average -- actual demand remains scant. Classified as luxury goods, electric vehicles are subject to a tax rate that can rise to more than 100%. Prices are pushed even higher by the import tax, making owning a foreign-made electrified vehicle a distant dream for many consumers.

A case in point: Mitsubishi's new Outlander will set consumers back just over 1.2 billion rupiah ($86,000).

The Indonesian government is expected to announce soon a slew of measures to increase investment in, and demand for, low-emission vehicles. The goal is to raise the proportion of electrified autos, including fully electric models, to 20% of total sales by 2025.

Changes to luxury goods tax rules are on the menu. Tax rates now based on engine capacity will be lowered in accordance with vehicle carbon dioxide emissions. Other measures are likely to include tax incentives for manufacturers investing in production of electrified vehicles in the country, while the recently announced "super deductible tax" is applicable to research and development in low-emission vehicles.

An added bonus is that the country is home to rich reserves of nickel laterite ore, a core ingredient in the lithium-ion batteries that power electric vehicles. The government is keen to foster the battery industry as well.

The government also has bold plans to become an export hub for electric vehicles to its neighbors in the region, moving to sign trade deals with potential markets. When Indonesia signed a free trade deal with Australia in March, one of the hopes expressed by Trade Minister Enggartiasto Lukita was for Indonesian-made electric vehicles to enter the Australian market. Such a goal could help Indonesia shrink its persistent trade deficit, which has long been a drag on its currency, the rupiah.

"Indonesia is increasingly becoming an attractive destination as an electric vehicle production base as it offers a unique opportunity for export based operations to flourish amid rising global EV demand," said Fitch Solutions. "The country is already a party to various bilateral as well as multilateral agreements that offer Indonesian exports access to countries experiencing growing EV demand and expanding that access will create potential markets for locally produced EVs intended for export."

These measures were expected to be in place earlier, but an industry insider said lack of coordination among the ministries involved has led to a delay. Several automakers that did not present any electrified vehicles at the auto show complained that they cannot bring them to Indonesia until the tax and other policies are in place, or at least until Jakarta offers a clearer picture. Mitsubishi's plug-in hybrid Outlander is likely to be out of many Indonesians' price range. (Photo by Shotaro Tani)

The government's intention to embrace electrified vehicles provide opportunities for Chinese auto manufacturers as they try and crack open the Indonesian market, which is dominated by Japanese brands. DFSK Motor Indonesia, which in recent years has become a notable player in the motor show, brought a concept model for its fully electric vehicle. "The timing of the official launch will be dependent on when the government issues its new regulation," said Alexander Barus, CEO of PT Sokonindo Automobile, which manufactures and sells DFSK cars. "[But] technically we are ready. That is why we brought our concept model here."

Chinese electric vehicle maker BYD, although not a participant at the auto show, has made inroads into Indonesia through deals with transportation companies. Local conglomerate Bakrie & Brothers has brought BYD's electric buses to Jakarta, with a view to supplying Transportasi Jakarta, operator of Transjakarta commuter bus lines in the capital.

The country's largest taxi operator, Blue Bird, in April added 25 BYD electric cars to its fleet. The Chinese manufacturer was said to be testing its vehicles in Indonesia through the taxi partnership. A Blue Bird spokesperson confirmed that it was giving performance data back to BYD.

"If they have done prototyping and pilot projects, that means they are committed to further investment [in the country]," Industry Minister Airlangga Hartarto said in May.

A civil group in early July filed a lawsuit demanding the central government tackle air pollution in Jakarta and other cities dotting the archipelago. The defendants include President Widodo.

Indonesia has a lot of homework to do for electric vehicles to become mainstream, let alone achieve the country's 20% target, said I Made Dana Tangkas, president of Indonesia Automotive Institute. "Not only on the infrastructure [such as charging stations], but also shifting the paradigm. It will take a long time to build the paradigm where EVs will be mainstream."