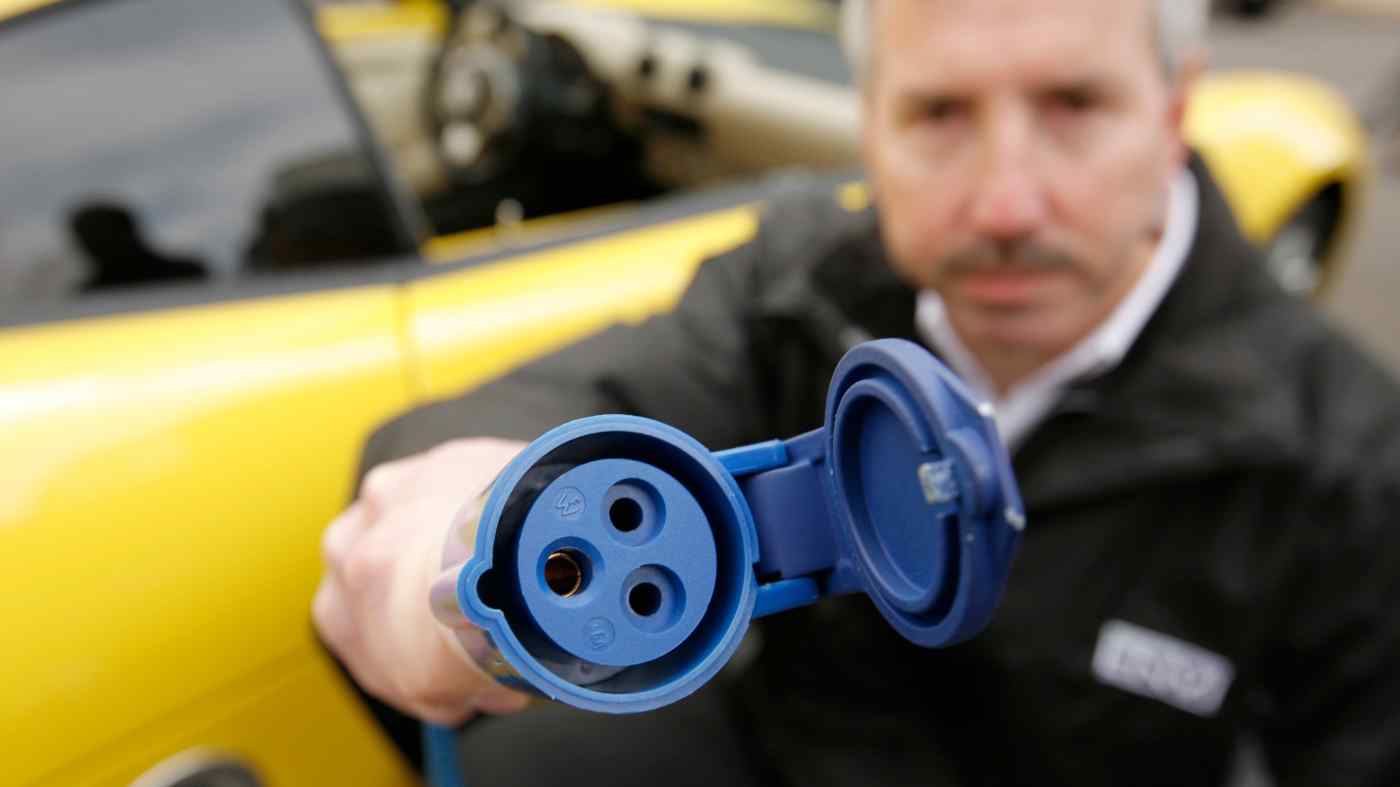 SYDNEY -- A mineral vital to electric vehicle batteries is no longer under China's near-exclusive control, as Australian mines challenge their Chinese counterparts in the extraction and processing of graphite.

Australia's Syrah Resources fired up a graphite processing facility this month in the U.S. state of Louisiana to turn the mineral mined in Mozambique into the precursor for EV battery anodes. The long production chain -- from Africa to North America then on to automakers worldwide -- aims to provide "an option for geographic diversification," says Syrah.

The company wants to become the first vertically integrated producer of anode material outside China. Its U.S. operations will target American and European manufacturers wary of dependence on the Asian giant.

Australia and China are already at loggerheads over China's handling of the coronavirus outbreak. And as Beijing faces political feuds with a growing number of countries, including the U.S., buyers are eager to find suppliers from beyond China. Now, a cadre of Australian mining companies looks to shake Chinese dominance by boosting their own output.

Joining Syrah is EcoGraf, which after raising capital looks to open a graphite facility in Western Australia in 2022 at the earliest. The company has signed a non-binding memorandum of understanding to supply battery anode material to German technology group Thyssenkrupp.

The plant will process graphite mined in Tanzania and ship 2,310 tons of anode material to Thyssenkrupp in the first active year of the deal. Volume rises to 10,020 tons starting in the third year, enough to produce batteries for about 370,000 electric autos.

EcoGraf differentiates itself with a purification process that does not use hydrofluoric acid, an expensive and environmentally hazardous material. The company can reduce production costs compared with Chinese rivals by eliminating use of hydrofluoric acid. It expects production costs to be "below the existing supply from China while providing a diversified supply and low sovereign risk," said Andrew Spinks, managing director of EcoGraf. The business is in talks to supply Japanese and South Korean clients as well, he said.

Graphite occurs naturally and also can be synthesized as a byproduct of petroleum refining. But natural graphite is preferred for cost reasons, as synthetic graphite requires long hours and temperatures of thousands of degrees centigrade to retrieve.

China commands a 60% share in natural graphite mining, and the country holds a virtual monopoly in supplying graphite for EV battery anode material. The world's top three anode producers are Chinese as well. Australian companies want to carve out a spot in this domain.

Global demand for graphite of all kinds will total 2.6 million tons this year, British research group Roskill estimates. The expanding EV market is projected to lift demand 6% each year for the coming decade.

Hybrids and other environmentally friendly cars use graphite, too, raising its value in recent years. In Japan, the import price per ton roughly doubled over 10 years prior to the coronavirus pandemic, data from the state-backed Japan Oil, Gas and Metals National Corp. shows.

Graphite's rising demand and value have enticed non-Chinese players to join the game. Many have welcomed the entry of Australian rivals.

"Establishing a supply chain outside of China is a huge deal," a Japanese industry source said.

In 2010, Beijing restricted exports of rare earth materials to Japan following a dispute surrounding the Senkaku Islands, which are administered by Japan but claimed by China.

In 2016, China limited group travel to South Korea after Seoul signed off on deploying the U.S.-made THAAD missile defense system against Beijing's wishes.

South Korean steel giant Posco signed an MOU with Australia's Black Rock Mining for joint development of a graphite project in Tanzania. Following a 90-day due diligence period, Posco will inject up to $10 million into Black Rock.

Yet hazards threaten the diversification of the graphite supply chain. For one, the Chinese contingent holds an edge in supplying processed graphite, in part due to the domestic lithium-ion battery industry developed with government aid.

"There's the potential of [China] stepping up supplies and bringing down prices to drive foreign rivals into a corner, just like they're doing with rare earths," an industry source said.

Syrah, EcoGraf and Black Rock are only starting out in this business, and it is uncertain whether supply volumes will remain stable.

Even so, the search for alternative sources is likely to continue given the political risks amplified by Sino-U.S. frictions.

"Our anode material is dependent on China for [graphite], but we plan to also procure from outside of China," said a source from Mitsubishi Chemical Holdings.

"Clients are saying they wish to use graphite from outside China," said a source from a Japanese company that makes use of the commodity.