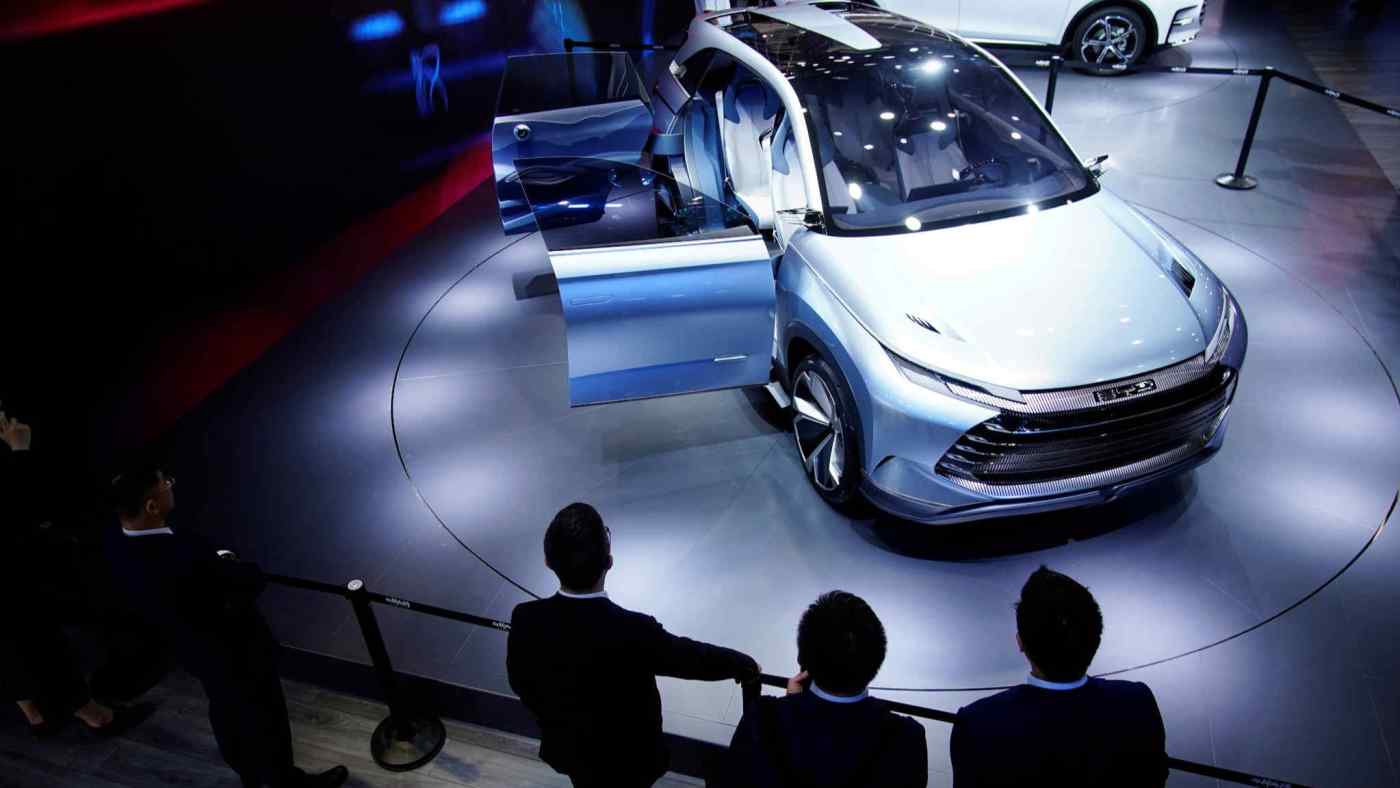 BYD's sales of electric vehicles more than tripled on the year in the first half of 2022.   © Reuters
RYOTARO YAMADA, Nikkei staff writerJuly 28, 2022 04:23 JST | China
CopyCopied

TOKYO -- China's BYD became the world's No. 2 seller of electric vehicles globally for the first six months of 2022 on the strength of lower-priced models, trailing only Tesla, while the Hyundai Motor group rose to fifth, in a Nikkei ranking.

BYD, which was fourth in 2021, sold 324,000 EVs in the January-June half to pass Chinese rival SAIC Motor and Volkswagen. The Berkshire Hathaway-backed company ended production of gasoline-powered vehicles in March to focus on electrics and plug-in hybrids.