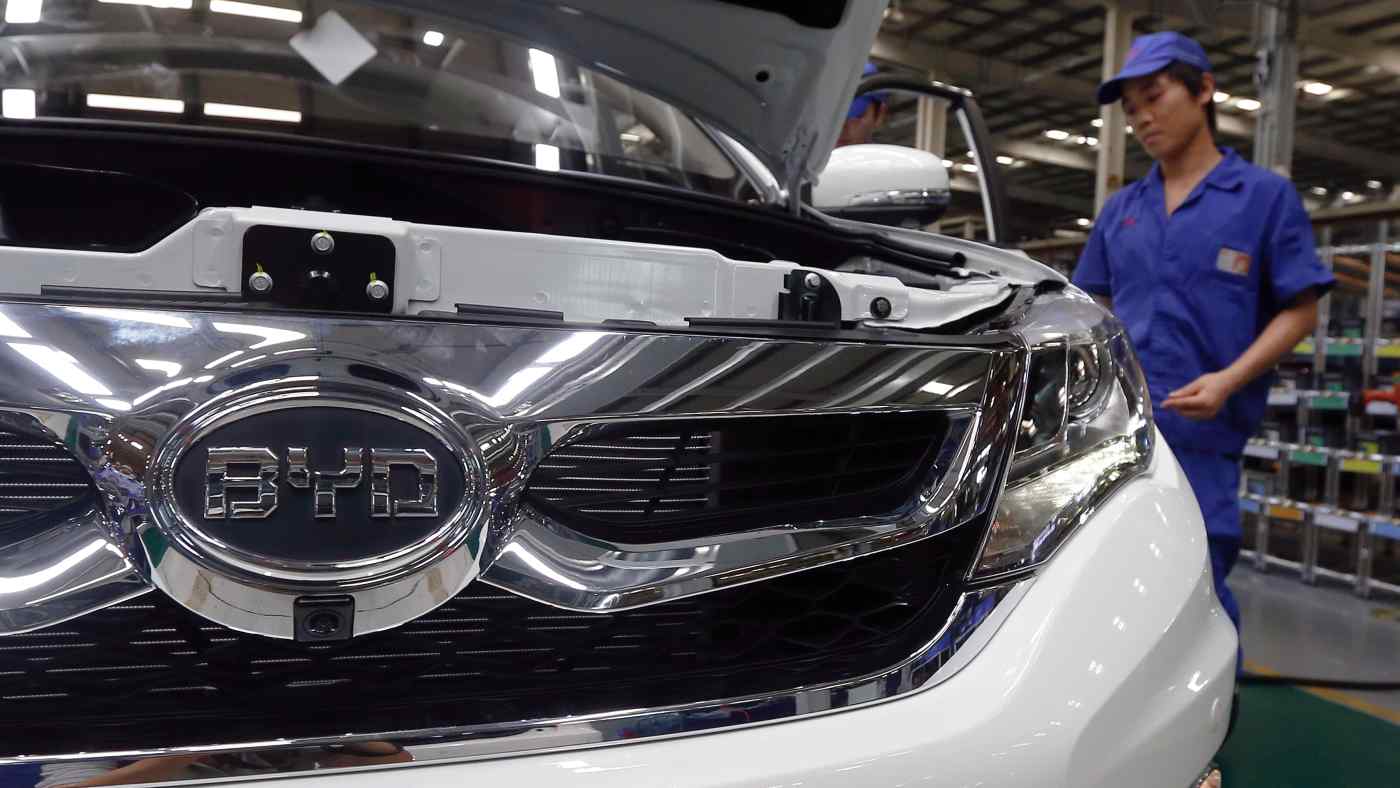 BYD has its sights on quickly expanding abroad after speeding past Tesla and other rivals in China.   © Reuters
APORNRATH PHOONPHONGPHIPHAT, Nikkei staff writerSeptember 7, 2022 15:27 JSTUpdated on September 8, 2022 17:20 JST | Thailand
CopyCopied

BANGKOK -- BYD, China's top electric vehicle producer, will make Thailand its first production hub in Southeast Asia, a move likely to challenge Chinese brands already in the kingdom and poised to capitalize on an expected, government-aided surge in demand.

Liu Xueliang, BYD's Asia-Pacific division manager, said the company intends to build a production center in Thailand for right-hand drive electric vehicles. The plant's annual capacity will be 150,000 units, he said. "Cars made at the plant will be exported to ASEAN countries and Europe," Liu said.