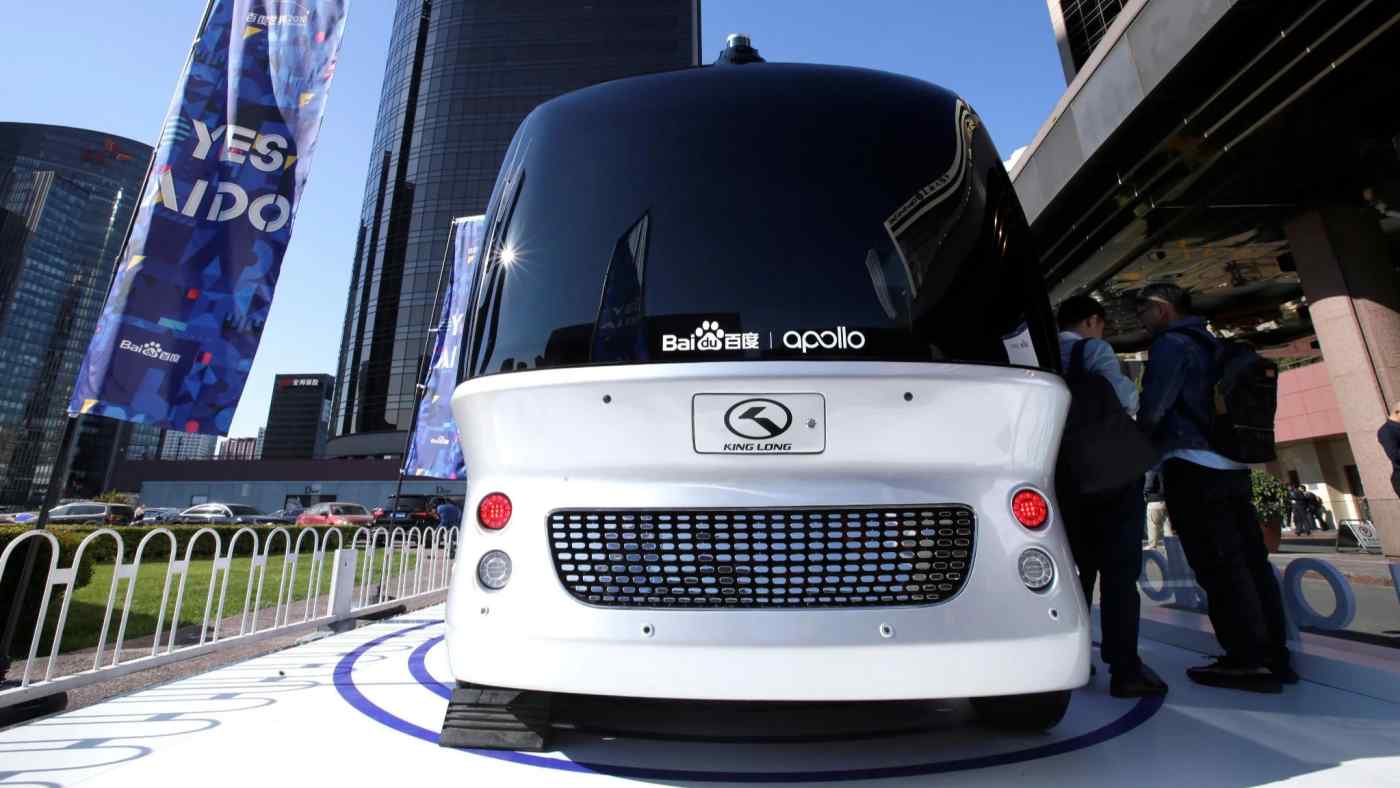 CHONGQING -- Chinese search engine giant Baidu is among three companies to win a license from the city of Wuhan to operate a commercial transportation service using self-driving vehicles, in a first for China.

Authorities hail the move as the start of the world's first 5G-based driverless commercial service.

Also awarded a license were Shanghai-based DeepBlue Technology, which operates self-driving buses on a trial basis in Tianjin and elsewhere, and Shenzhen Haylion Technologies, an autonomous-driving technology development unit of a state-owned bus company.

Licenses for self-driving transportation have been granted in China before, but only for trial services. The country is emerging as a hotbed of development for autonomous vehicles, which rely on vast amounts of data to learn the rules of the road.

The three companies are allowed to provide transportation on a total of 28 km of public roads in Wuhan, the capital of Hubei Province in central China. They are expected to use primarily buses.

Suppliers of the necessary infrastructure such as fifth-generation wireless networks include state-run China Mobile and telecom equipment giant Huawei Technologies.

Wuhan's efforts in 5G autonomous-driving technology will serve as a model for other cities, a Huawei executive was quoted as saying in local reports.

"The combination of 5G and BeiDou will keep any delay to a matter of thousandths of a second, and allow for centimeter-level positioning accuracy," the official said.