Toyota and Subaru scramble to fit electric vehicles into US strategy TOKYO -- California's decision to ban sales of gasoline-powered passenger autos in 15 years presents a challenge for Japanese carmakers that hold a nearly 50% share of the market there but lag behind European counterparts in zero-emissions vehicles.

Gov. Gavin Newsom signed an executive order Wednesday directing the California Air Resources Board to draw up regulations requiring all new passenger autos sold there to be zero-emissions by 2035. This makes it the first state in the U.S. to set a specific timeline for ending sales of gasoline-powered vehicles.

The California auto market is the largest in the U.S., with more than 1.89 million vehicles sold last year. While the European Union has already come out with similar plans, this policy change is particularly significant for Japanese carmakers, which together sold half as many autos in that state alone as in the entire EU.

The state is highly influential both nationally and globally when it comes to rulemaking in the auto industry. While U.S. environmental regulations are generally set by the federal government, California has the authority to set stricter vehicle emissions rules, which other states may choose to follow.

The gasoline-vehicle phaseout is intended to "encourage other states to take similar leadership and this nation to move forward boldly to do exactly the same," Newsom told reporters.

The sudden change has met with objections from carmakers.

The Alliance for Automotive Innovation, an industry group whose members include major American, European and Japanese players, issued a statement on Newsom's announcement. While "the auto industry needs the electric car market to succeed," the group said, "neither mandates nor bans build successful markets."

The change is particularly problematic for automakers that have yet to offer electric vehicles in the U.S., including many Japanese companies.

Subaru has kept its focus on the signature "boxer" engine that has won it so many American fans. North America is by far its largest market, generating about 70% of its sales by volume.

Subaru plans to roll out an electric model jointly developed with Toyota Motor in the early 2020s. "Environmental regulations lead to changes in consumer tastes," a concerned Subaru executive said. "It's a major issue, and we're keeping an eye on how the situation moves."

Mazda Motor is set to offer its first mass-produced electric model, the MX-30, in Europe and Japan from this fall but has yet to decide whether to bring it to the U.S. 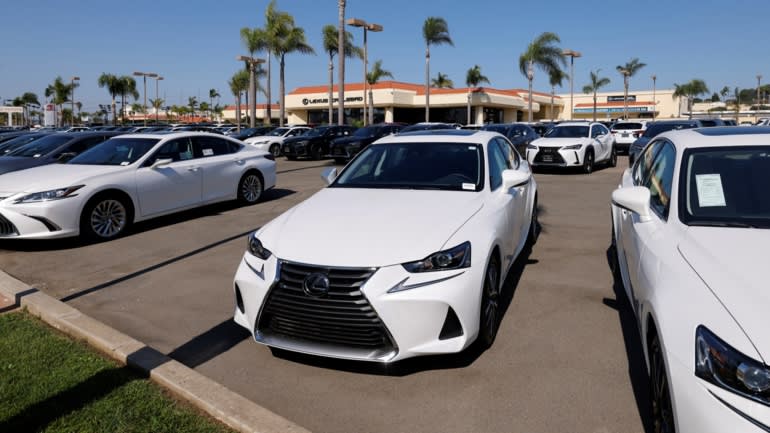 Toyota, now No. 1 in the California auto market, likely will be forced to rethink its strategy. The automaker has concentrated on hybrids in North America, but the new California regulations reportedly will not count them as zero-emissions vehicles. While electrified vehicles accounted for 11.5% of its U.S. sales last year, nearly all were hybrids.

Sales of fuel cell vehicles, Toyota's main bet for environmentally friendly technology over the longer term, have also been "scant," according to a company executive, owing to issues including high prices and a lack of fueling infrastructure. Boosting sales of zero-emissions vehicles, including electrics, will be crucial going forward.

Investors see Newsom's announcement as a headwind for these companies. Subaru's shares slumped 2.95% on Thursday, Mazda's sank 3.65%, and Toyota's slid 2.16%.

European competitors have taken a head start on the gasoline-free path. Germany's Daimler plans to make all vehicles in its lineup zero-emissions by 2039. An executive at Volkswagen said the company aims to make its last combustion-engine vehicle around 2040.

Among suppliers, Germany's Continental revealed last year that it will stop developing parts for combustion engines by 2030.

Tesla stands to benefit greatly from the shift away from gasoline. While electric cars account for less than 2% of the American auto market of 17 million vehicles, Tesla sells 80% of all electrics sold there.

Ford Motor is jointly developing electrics with Volkswagen. General Motors, looking to electrify all of its vehicles, has recently decided to ally with Honda Motor in the North American market.

China is weaning itself off gasoline vehicles through tougher environmental measures. The government last year introduced quotas for automakers to sell certain volumes of new-energy vehicles, a catchall category that includes electrics and plug-in hybrids.

California sets percentage requirements for automakers' zero-emissions vehicles. Those failing to comply either pay fines or purchase credits from other companies that have cleared the threshold.