Carmakers in Southeast Asia are reluctant to hit the accelerator 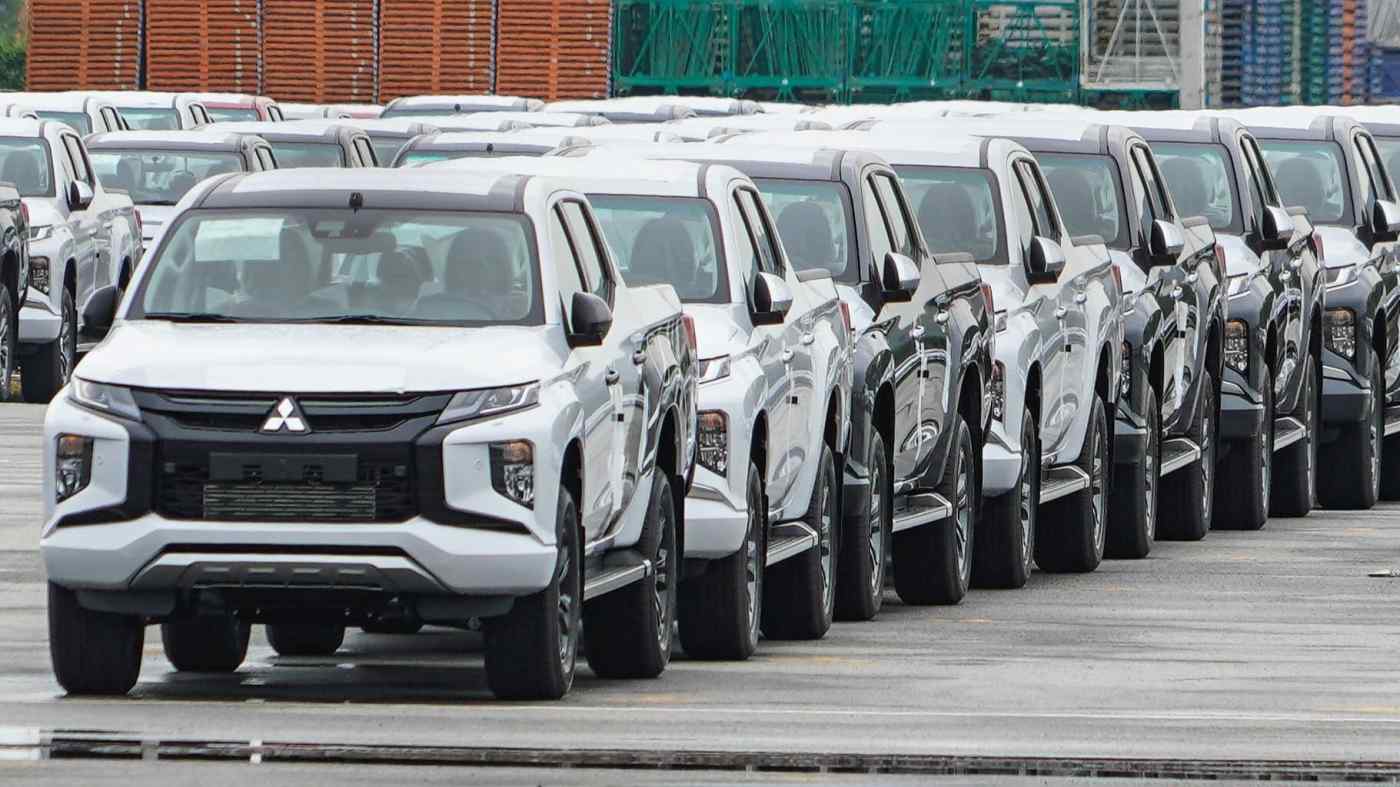 BANGKOK -- Automakers operating in Southeast Asia are moving in low gear as they bring plants back online after weeks of suspended production due to the coronavirus pandemic. Safety protocols and weak sales force them to proceed slowly in restarting operations.

Since May, most Southeast Asian nations have been easing restrictions on business operations and people's movements that were introduced to contain the outbreak. In response to government moves to gradually bring things back to normal, Japanese carmakers, which control most of the region's auto market and production, have begun to reopen their plants.

The number of vehicles manufactured in May in Thailand, the largest producer in Southeast Asia, grew 130% from the previous month to 56,035 units, the Federation of Thai Industries said Thursday. The figure represents a sharp 69% drop from a year earlier, but nevertheless signals that the recovery process from the devastating damage inflicted by the pandemic has started.

Surapong Paisitpattanapong, vice president of the Automotive Industry Club, part of the Federation of Thai Industries, said, "it is likely that sales hit the bottom in April."

Toyota Motor resumed operation at all three of its plants in Thailand by May 25. In line with the safety guidelines set by the Thai government, Toyota has installed a set of protocols that include taking the temperature of workers entering the plant and requiring them to sanitize their hands frequently.

The Japanese company has also changed flow plans at its plants to prevent required social distancing from hurting productivity where employees usually work closely together. The company has also banned employees from taking seats next to each other at factory cafeterias or on commuter buses.

In Malaysia, carmakers including the national marque Perodua resumed plant operations in early May. The Malaysian government has allowed manufacturers to reopen on condition that they comply with the Standard Operating Procedure (SOP), official guidelines for preventing the spread of the virus.

The SOP mandates the implementation of extensive safety protocols that require employees to go through a health screening at the plant entrance, including checking for such potential symptoms as a fever, cough, a sore throat and shortness of breath. Employees are also required to sanitize their hands and wear a mask as they enter a building. Production and other facilities must be disinfected three times a day. Workers need to stay at least 1 meter apart from each other while working or using areas within plants such as cafeterias and prayer rooms for Muslims.

The SOP also applies to car dealers and repair shops. Malaysian carmaker Proton has introduced a reservation system that requires customers to book slots for repair and maintenance services in advance. It has also set an upper limit on the number of reservations accepted by a shop per day. Customers need to arrive at the shop 20 minutes before the slot they have reserved and go through a health screening. After the repair work is finished, the car is disinfected before it is returned to the customer. Honda Motor's dealerships ask customers to wear gloves when they test-drive a car. Demand for autos, however, remains weak. "Since sales are so slow, we are not having any trouble trying to produce enough cars to fill orders," says a production manager at a Japanese carmaker operating in Thailand.

Total new car sales in the six Southeast Asian countries of Indonesia, Thailand, Malaysia, the Philippines, Vietnam and Singapore plunged 82% in April from a year earlier to 51,063 vehicles, according to data from the nations' industry organizations compiled by the Nikkei Asian Review. The steep decline was blamed on lockdowns and other restrictions on business operations and people's activities introduced to bring the outbreak under control.

In Thailand, car dealerships were allowed to continue operations even after a state of emergency was declared on March 26. But new car sales in the market nose-dived 65% in April from a year earlier. As many businesses were forced to shut down, people started cutting back on spending as they saw their incomes fall.

Demand for new cars in the region is expected to remain weak for the time being as the economies have been hammered by the pandemic. "Even if the restrictions on people's activities are lifted, their purchasing power will not recover quickly," said Jongkie Sugiarto, vice chairman of the Indonesian Automotive Industries Association.

Domestic sales forecasts by industry organizations in the three largest car markets in the region -- Indonesia, Thailand and Malaysia -- project a 40% year-on-year drop in combined sales in 2020.

The gloomy outlook is prompting car manufacturers in the region to cut jobs. Mitsubishi Motors has started inviting employees to take voluntary retirement to trim its workforce in Thailand. Other carmakers in the country are also considering voluntary retirement packages and layoffs, according to local media. Nissan Motor has decided to close its plant in Indonesia and outsource production to Mitsubishi Motors, an affiliate.

"The effects of measures to prevent infections have made themselves felt particularly strong in sales," said Hajime Yamamoto, senior manager at the Nomura Research Institute Thailand, referring to the changes in people's behavior. "Changing consumer mindsets are putting pressure on carmakers and dealers to enhance their digital services, while sluggish demand is threatening to trigger a major shakeout among dealerships."