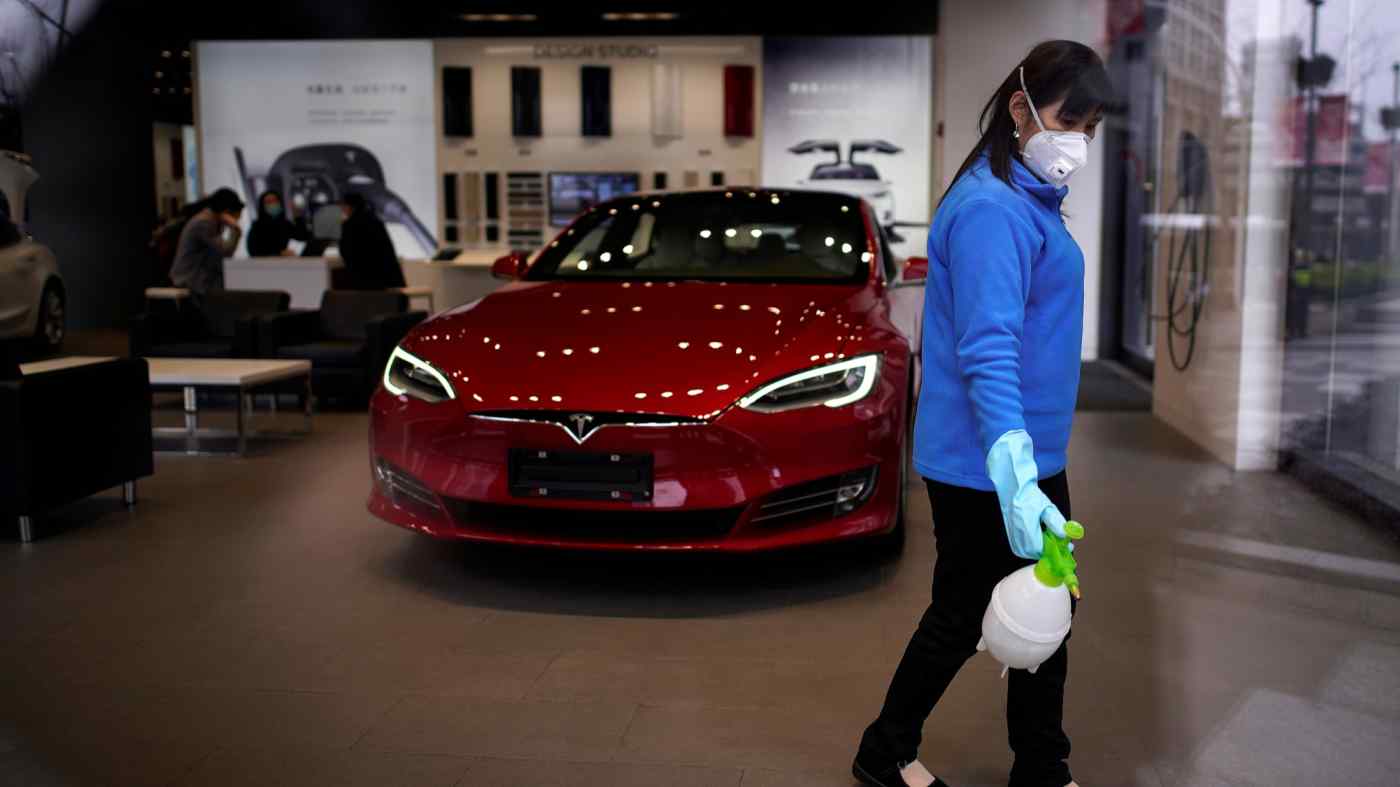 BEIJING -- Sales of so-called new-energy vehicles in China, which include electric, plug-in hybrid and fuel-cell vehicles, will jump 40% in 2021 to 1.8 million units, the China Association of Automobile Manufacturers said Friday, as Tesla's expansion of local production and price cuts help to lift that market.

New vehicle sales of all types will increase 4% next year to 26.3 million in 2021, marking the first growth in four years, thanks to efforts to bolster the domestic economy.

Demand for commercial vehicles are now rising as the Chinese government ramps up investments into infrastructure to re-energize the coronavirus-hit economy. Demand for luxury passenger vehicles have jumped as well.

Of the 2021 total, the association expects passenger vehicles to account for 21.7 million -- up 8% from this year -- and commercial vehicles for 4.6 million.

New vehicle sales could now top 30 million in 2025, according forecasts by CAAM and other players.