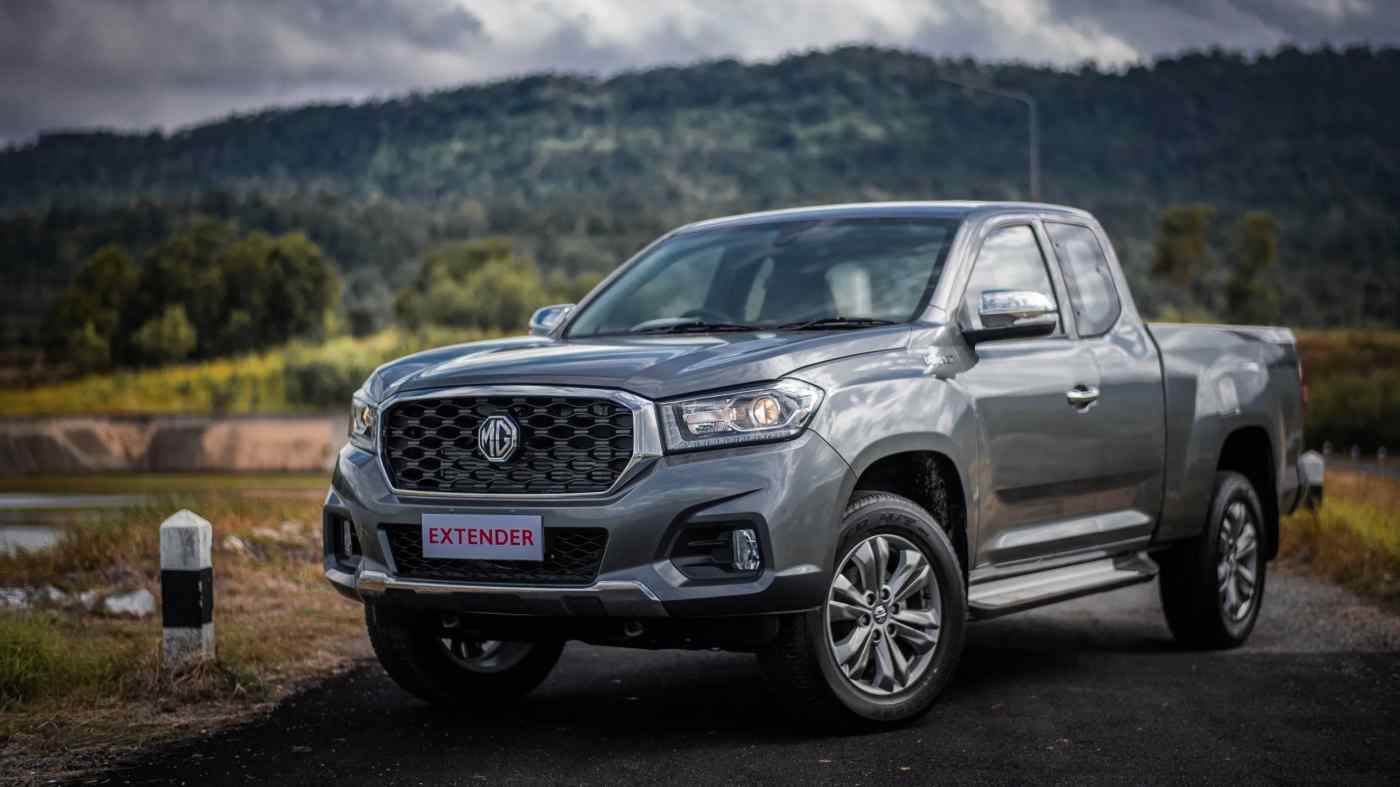 BANGKOK -- China's SAIC Motor is hoping to break the stronghold of Japanese automakers in Thailand with the iconic British MG brand of cars.

Pongsak Lertruedeewattanavong, vice-president of MG sales, said the company was aiming to build up significant sales of pickup trucks after its passenger cars were warmly received in Thailand.

"We position MG Extender as a pickup truck developed to suit customers who are looking for a vehicle for both business and daily life," he said.

The launch of MG Extender is expected to bring in new competition in the pickup truck market, where the three major Japanese carmakers -- Toyota Motor, Isuzu Motors and Mitsubishi Motors -- retain a combined market share of more than 75%.

After taking control of MG in 2007, SAIC brought the marquee brand to Thailand in 2013 and started to challenge the Japanese companies. From selling just 200 units in the first year of launch, MG's total sales rose to 12,013 units in 2017 and 23,740 units in 2018, surpassing General Motors' Chevrolet.

In Thailand, 523,770 vehicles were sold in the first half of this year, up 7.1% on the year. Pickup trucks accounted for 225,508 units, 43% of the total.Given the healthy growth, SAIC plans to increase its presence in the second largest economy of Southeast Asia.

The MG Extender is modeled after SAIC's Maxus T70 pickup truck sold in China. Following the initial success of the MG brand, the company is believed to have added the pickup truck to its lineup in Thailand.

Somprawin Manprasert, of Krungsri Research, forecasts that Thai auto sales would continue to grow by 3%-5% this year.

The analysts said: "Local car sales tend to grow further, particularly commercial purposed pickup trucks to meet rising demand from farm sectors and construction sectors that are expected to gradually recover after the slump over the past few years."

Launched in the U.K. in the 1920s, MG became known worldwide as a convertible and sports car brand.