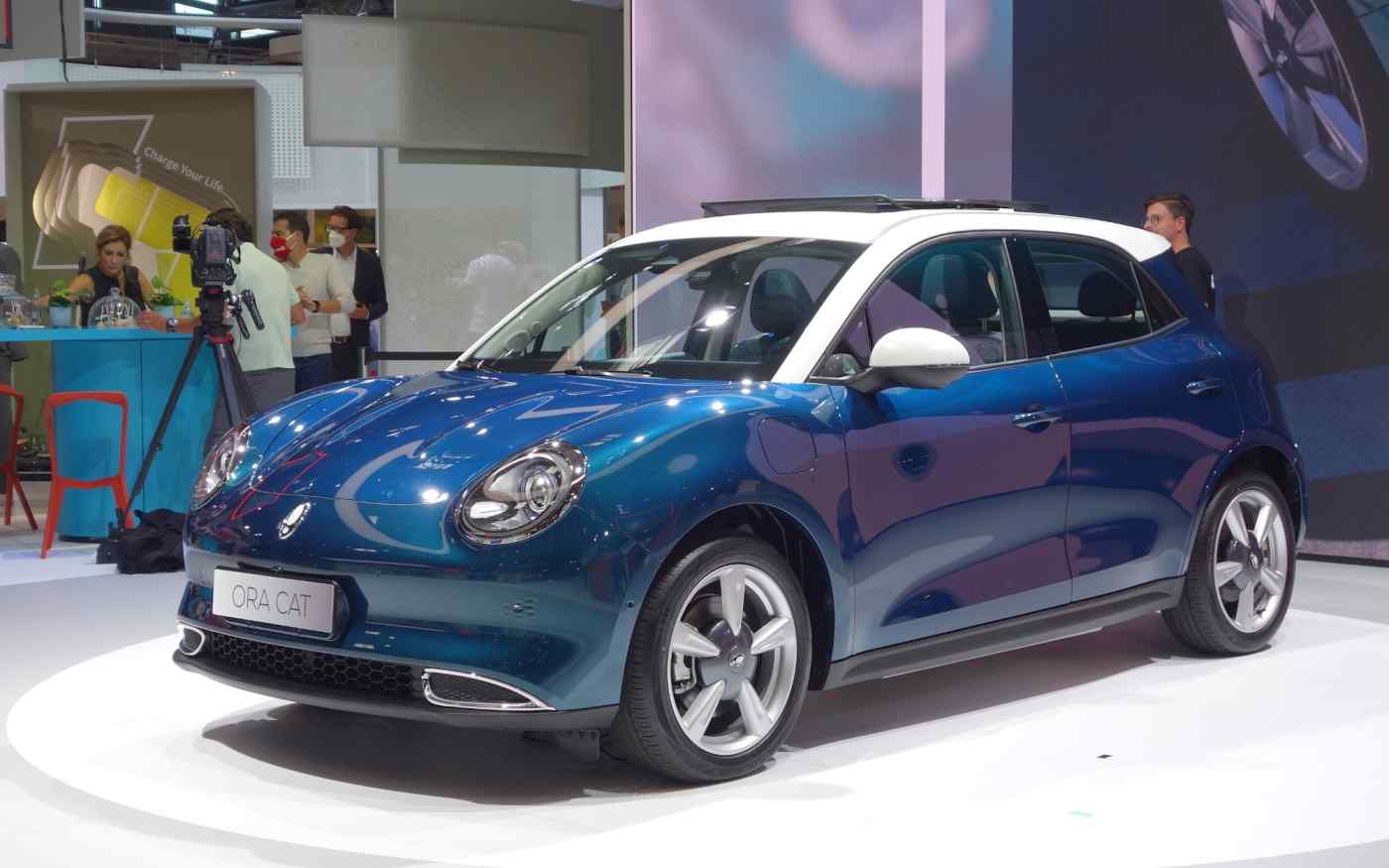 MUNICH -- European automakers have begun to announce the rollout of affordable electric vehicles to counter the rise of Chinese competitors in their backyard.

Volkswagen unveiled a compact EV, the ID Life, at the International Motor Show, which opened Tuesday and runs through Sunday in Munich. The model is due to go on sale in 2025 for 20,000 euros ($23,719), which is 30% cheaper than electric vehicles being sold today.

*The price is definitely tough. To make [EVs] reachable, that’s something without doubt our mission," Jozef Kaban, Volkswagen's chief designer, told Nikkei and other media. The German automaker expects to manufacture about 500,000 units a year in Spain.

Renault revealed its Renault 5 Prototype, a compact EV that will launch in 2024. The car will sell in the 20,000-euro range, which will represent a significant discount from the Renault Zoe, which starts at about 32,000 euros. 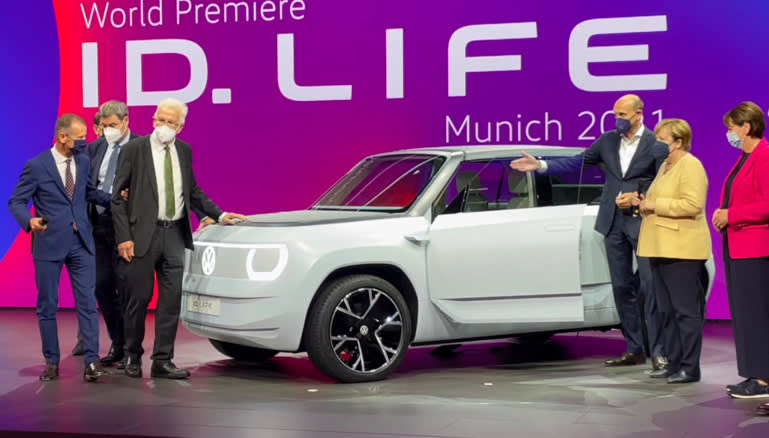 Volkswagen's ID Life was priced at an affordable 20,000 euros. (Photo by Kosei Fukao)

When combined with subsidies for EV purchases, the 5 Prototype will likely be more affordable than gasoline vehicles of a similar size. Renault is busy developing other low-cost models in an effort to "democratize" EVs, as said by CEO Luca de Meo.

The race to cut the sticker price on EVs is occurring as Chinese rivals begin offer inexpensive EVs in the European market. The Renault 5 Prototype, to hit the road in 2024, will be even more inexpensive than the Renault Zoe. (Photo by Minoru Satake)

Great Wall Motor announced Monday at the International Motor Show that it will start selling its Ora EVs in Europe by the end of the year. The company looks to offer at least 10 models by 2025.

The first model, the Ora Cat, will be priced at about 30,000 euros. The EV comes equipped with 360-degree radar and an advanced driving assistance system.

One Chinese automaker is already gaining clout in the European market. In the U.K., unit sales of SAIC Motor's MG brand outpaced that of such Japanese automakers such as Honda Motor and Mazda Motor in the January-August period of this year.

For Norway, where EVs make up the majority of new purchases, MG and Polestar, the brand fielded by China's Geely Automobile Holdings, are often among the top sellers. XPeng and Nio have started shipments of their EVs as well.

SAIC-GM-Wuling Automobile, the joint venture behind the $4,500 Hong Guang Mini EV, has introduced the low-priced auto to Lithuania.

Chinese automakers look to replicate the success their Japanese and South Korean counterparts have achieved in penetrating Western markets using lower prices and better mileage. The pushback by European rivals is expected to intensify the price competition.