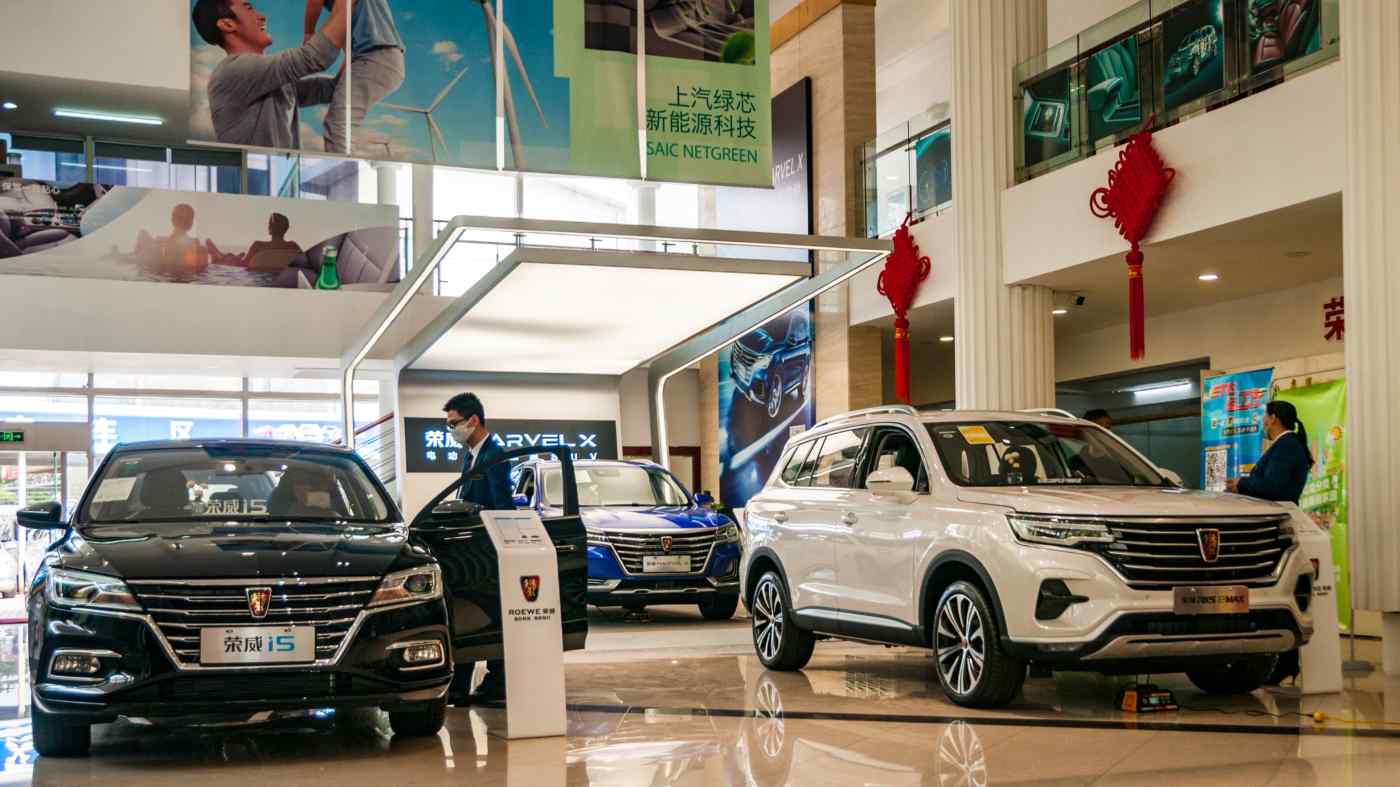 SHANGHAI - A number of China's biggest carmakers, including SAIC Motor, Zhejiang Geely Holding Group and Guangzhou Automobile Group, are touting new protective features on their models aimed at reassuring consumers worried about COVID-19, as they look to rekindle sales amid the pandemic and an economic downturn.

The new systems target particles as small as 0.1 microns, with an eye toward droplets potentially carrying the new coronavirus, compared with 2.5 microns in earlier systems. The notion is to offer the equivalent protection of a N95 face mask, which is supposed to block out 95% of particles 0.3 microns or larger.

"We are committed to creating a healthy driving environment for customers in a virus-ridden environment," said Li Li, executive team leader of Geely's Healthy Car Project. "This is what our customers want."

The efforts come as China's carmakers face challenges that go beyond the coronavirus pandemic. Dealers sold barely half as many cars last month as they did a year earlier. Monthly vehicle sales in the world's largest market have been on the skids though since July 2018 when consumers started feeling skittish about China's trade war with the U.S. and its slowing economic momentum.

Geely and Guangzhou Automobile, known as GAC, began offering a three-level filter as a standard feature on many new models in late February.

A Geely spokesman said the company began working on an upgraded filtration system three years ago but rushed to get a version out in 20 days after the COVID-19 pandemic erupted. The first vehicles to get the new system, 150 of Geely's Jiaji Multi-Purpose Vehicle model, were provided to frontline health departments.

Under Geely's 370 million yuan ($52 million) "healthy car" program, the company is also working on antimicrobial materials to keep car controls and door handles free of bacteria and viruses. Further, the company has rolled out "contactless" sales whereby those buying online can have disinfected cars delivered to their home or office with the keys passed on separately via drone.

In addition to offering an add-on system for filtering 2.5-micron particles, SAIC is offering an antimicrobial version on several models under its Roewe brand for 1,199 yuan with free installation through the end of June. Another optional feature, with a promotional price of 299 yuan, adds a short-wavelength ultraviolet lamp to sterilize air going through the vehicle's air conditioner.

SAIC is also offering the features on some cars carrying its MG brand and those produced through its joint ventures with Volkswagen and General Motors. BAIC Motor, BYD and Dongfeng Motor Group are also known to be working on antivirus systems.

It remains unclear, however, whether such features will be enough to persuade consumers to buy a new car.

In the city of Ningbo, automotive engineer Yu Relin said he is thinking of buying a GM Buick for his first family car.

"For me, an N95 air filter is no influence on my (buying) decision," he said.

Jennifer Fan, a Shanghai event planner who has been thinking of upgrading from her current car, said such features "won't influence my purchasing because I don't think in an open air area there are viruses."

Analysts are skeptical about the protective value of the systems, too.

"While COVID-19 air purification systems may stop the virus entering a car, it might not protect the driver from passengers inside the car or should the windows or doors be opened," said Aman Madhok, a senior automotive analyst at Counterpoint Research in Gurgaon, India.

Sa Boni, who directs the China automotive advisory group at IHS Markit in Shanghai, questioned even the premise that the car filters can meet the N95 standard. He said the company that has been certifying filtration systems for the Chinese car makers applies a lower standard than Beijing uses for masks.

Regardless of the merits of the safety features, China car sales are showing some signs of life.

According to a client note by analyst Kelvin Lau of Daiwa Capital Markets, passenger car sales for the second and third weeks of April were 10% and 4% higher, respectively, than a year before. His data showed Geely posting 16% higher sales for the first 19 days of the month but lower sales for SAIC.

GAC is due to report first quarter financial results on Tuesday.

Chinese consumers who had to put off purchases earlier in the year amid the coronavirus lockdown may be now boosting sales. Analysts believe the virus likely awakened interest in others in having their own vehicles.

"Consumers' concerns on the risks of using public transportation would be a driver for private car sales in the short-term," Sa said.

The government is taking some steps to support car sales too, given the importance of the automotive industry as a major employer.

Subsidies and sales tax exemptions for electric vehicles were extended last month. City authorities in Beijing are offering a subsidy for those trading in older cars. Shanghai and other cities are raising their annual quotas for license plate issuance.

"(Antivirus) features can be an eye-catching point for consumers and a good add-on feature but can't be a strong driver" of demand, Sa said. "Pessimism about the global economy and related impacts on the Chinese economy have already been affecting consumer willingness to buy."