With no end to epidemic in sight, carmaker's reliance on China will exact a toll 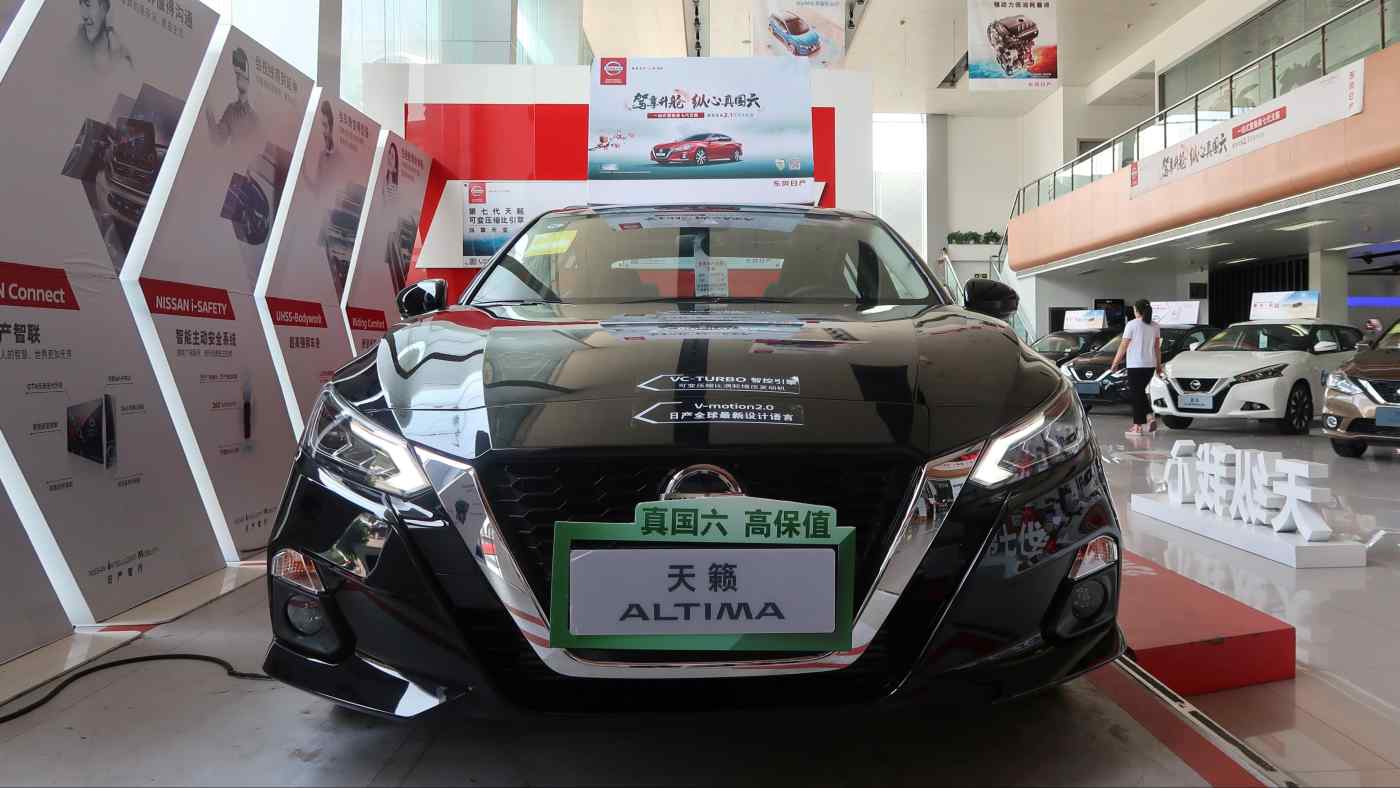 TOKYO -- A dark cloud is hanging over Nissan Motor's road to recovery, as it prepares to announce its earnings results for the April to December period of 2019 on Thursday.

Nissan's share price hit a 10-year low of 564 yen on Thursday. The slumping share price hints at how far the market feels the automaker has to go to revive its struggling business amid an economic slowdown.

Nissan is forecasting its net profit will slide 66% from a year earlier to 110 billion yen ($1 billion) in fiscal 2019 ending next month. But the drop could prove steeper, given weakness in its U.S. business. The risks associated with its heavy reliance on China are growing every day.

After a Jan. 30 meeting in Yokohama of executives from the three-way alliance of Nissan, Renault and Mitsubishi Motors, Nissan's new president and CEO, Makoto Uchida, declared: "Nissan will lead in China."

In a geographic division of responsibility, Nissan will lead the alliance in China, while Renault and Mitsubishi will take the lead in Europe and Southeast Asia, respectively. Nissan's revised sales forecast in China this fiscal year is for 1.56 million vehicles, 30% of its global total and a larger share than that of the U.S. market.

But the coronavirus outbreak has paralyzed the central Chinese city of Wuhan, where a key joint venture between Nissan and Chinese automaker Dongfeng Motor Group is headquartered. The joint venture has plants in four locations, including Xiangyang -- which, like Wuhan is in virus-hit Hubei Province -- and Guangzhou.

The company expects two plants, one in Guangzhou and one in the northeastern city of Dalian, to be back in operation as early as next Monday, but there is no sign that the epidemic is subsiding in China, and it is unclear whether Nissan will be able to keep its production lines running properly.

The joint venture between Nissan and state-run Dongfeng was set up in 2003. At the time, disgraced former Nissan Chairman Carlos Ghosn was the Japanese carmaker's president. Nissan spent three years preparing for the launch of the joint venture, while simultaneously carrying out a massive restructuring program.

In exchange for helping turn Dongfeng around, Nissan was granted the right to sell a wider range of models in the Chinese market. This gave Nissan an edge over other foreign automakers, which were allowed to roll out only certain types of vehicles.

Before it set up the joint venture, most of Nissan's sales in China were cars exported from Japan. Ghosn, in his book, wrote: "Compared with Toyota Motor and Honda Motor, which established footholds [in China] in the 1990s, Nissan was falling behind as it was in the midst of turning itself around."

Once it got off the ground, the joint venture grew sharply, making the most of Dongfeng's assets, including its existing plants. Its vehicle sales surged tenfold over the first seven years. The Venucia brand, which was designed exclusively for the Chinese market, was also launched.

Nissan has a market share in China of between 5% and 6% and is locked in a fierce battle with compatriots Toyota and Honda. "Although Nissan is a latecomer, it successfully rode the initial wave of motorization in China," according to Koichi Sugimoto, an analyst at Mitsubishi UFJ Morgan Stanley Securities.

As it looks for new sources of growth, Nissan is gearing up to expand capacity. It hopes to sell 2.6 million vehicles in China by 2022, 1 million more than it does now.

Nissan does not release separate profit figures for its Chinese unit, but the automaker appears to have earned about 150 billion yen a year there over the past several years. Its Chinese operations are not reflected the company's operating profit figures; instead, they are counted as equity-method investment gains.

According to estimates by Goldman Sachs Japan analyst Kota Yuzawa, 45% of Nissan's net profit came from China in the previous fiscal year, including equity-method investment gains, royalties and profits and Japanese imports. That is much higher than Toyota's 11% or Honda's 30%.

The downside for Nissan is its heavy reliance on China for revenue. A lack of new models for the U.S. market has forced it to offer steep discounts and hurt its brand there. The company's auto business, excluding sales finance, logged an operating loss in the April to September period of 2019. It also reported a negative operating cash flow of 187 billion yen.

Nissan has vowed to cut 12,500 jobs and 10% of its production capacity to turn things around by March 2023. But if its cash-cow business in China remains sluggish for long, it may find it hard to carry out the structural reforms it needs.