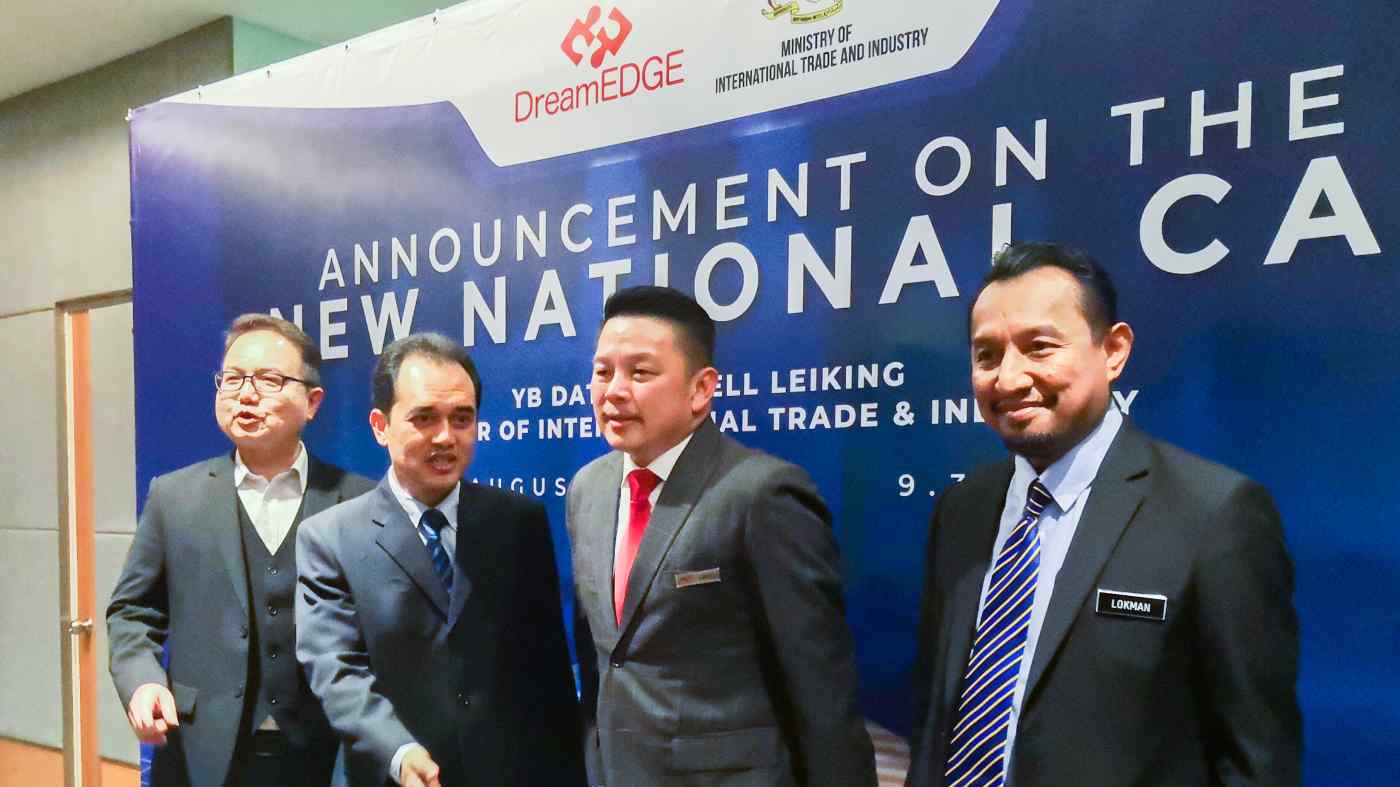 Daihatsu, which is already deeply involved in the Malaysian auto market, will work with DreamEdge, the local research and development company anchoring the project, said International Trade and Industry Minister Darell Leiking.

The details of the technology sharing have not been finalized, Darell added.

The cooperation between the two will not, however, involve any equity partnership, according to Madani Sahari, CEO of the Malaysia Automotive, Robotics and IoT Institute (MARii).

"When we talk about technology, it can be car-making platform and engine development. We cannot reveal much at this point, finer details will be announced during the next update next month," he said.

Prime Minister Mahathir Mohamad unveiled his ambitions for a third national car soon after returning to power in May last year. The project, when mooted, drew mixed reactions from Malaysians due to the billions in state funds lost in various bailouts of Malaysia's maiden national car company, Proton Holdings.

Daihatsu was a founding partner of the country's second national car, Perusahaan Otomobil Kedua (Perodua) and has an equity control of 35%. Perodua is Malaysia's largest automaker, with a 42% share of the market.

Madani added that Daihatsu's tie-up with DreamEdge should not disrupt its shareholdings in Perodua in anyway. "It is a business decision. In the new national car, there will be no equity partnership. It's advanced technological support."

DreamEdge, a little-known local company founded in 2008, has not finalized funding structure for mass production of the new car, but says it has "narrowed down" its options. The first commercial model of the new car, a midsize sedan, is expected to be manufactured by March 2021.

The new national car will be a privately funded initiative, with the Malaysian government possibly supporting it with tax incentives, Darell said.

According to DreamEdge, it provides technical and long-term strategic collaboration to support clients in various markets, including Malaysia and Japan. According to its website, the company is present in Japan via a joint-venture in Tokyo R&D Asia - an automotive development services and consultancy.