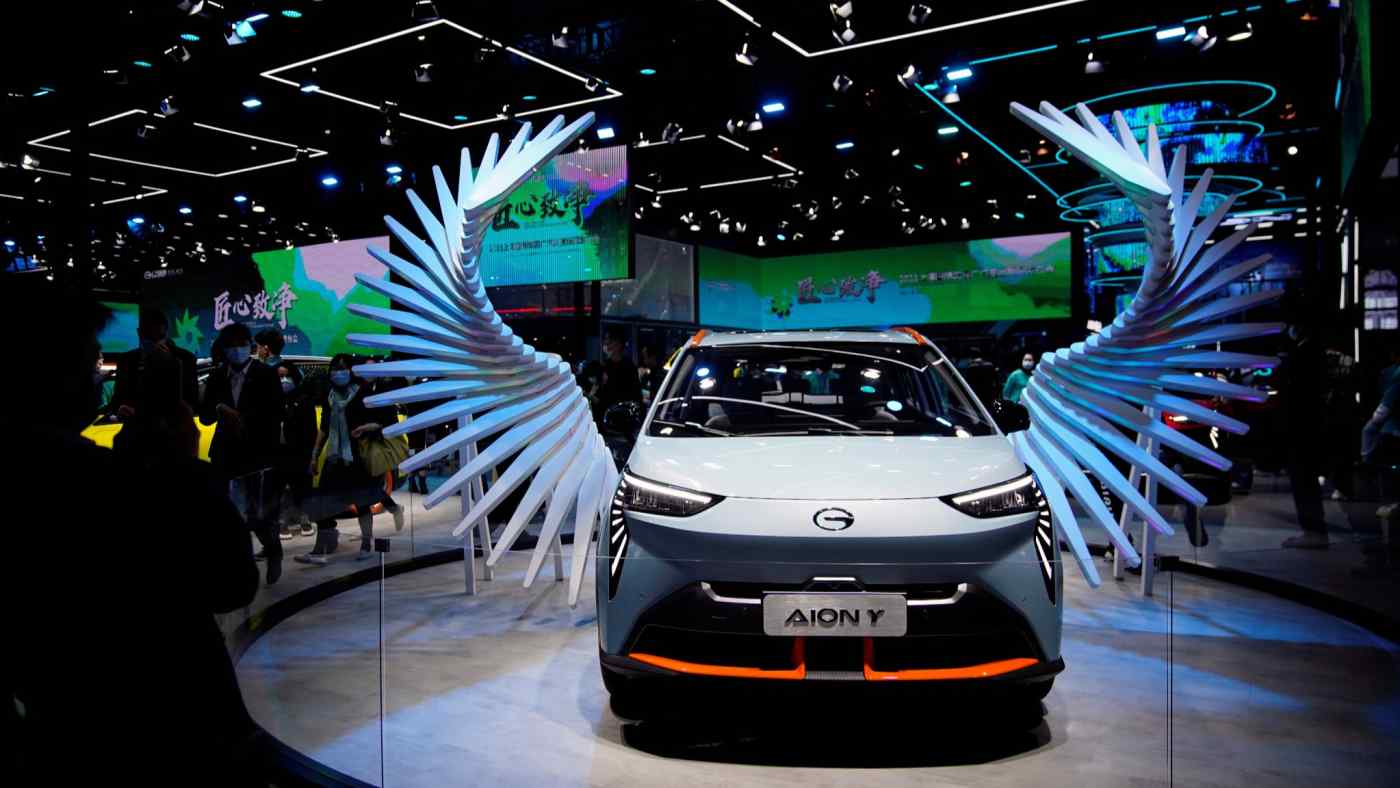 A electric vehicle from China's GAC Group takes the stage at the Auto Shanghai show in April. China is both a production base and a market for core EV components.   © Reuters
RYOTARO YAMADA, Nikkei staff writerAugust 3, 2021 04:42 JST | Japan
CopyCopied

TOKYO -- Electric-vehicle makers including Hyundai Motor and Stellantis have begun to look beyond their own development teams for powertrain systems -- the throbbing heart that makes EVs go -- in a trend that could reshape decades-old automotive supply chains.

EV powertrains, called e-axles, combine motors, gearboxes and other drive components into one system that plays a determining role in a vehicle's range and performance.

Major automakers have long stood atop the industry pyramid by keeping development and production of gasoline-powered engines in-house. EVs have disrupted this pattern, creating opportunities for both established parts makers and new entrants to grab market share regardless of borders.

The Hyundai Motor group will buy power drive systems from U.S. supplier BorgWarner for compact EVs set to begin production in 2023. Peugeot, a brand under European automaker Stellantis, has turned to Vitesco Technologies, a spinoff of major German supplier Continental.

Powertrains account for an estimated 5% to 10% of production costs for electric vehicles. Parts makers that once supplied engine components for automobiles now see a new opportunity in e-axles.

Nissan Motor affiliate Jatco, a Japanese maker of automatic transmissions, will start mass-producing e-axles by 2025. The systems will go to Nissan and other EV makers at home and abroad. Italy's Marelli, the result of a merger between Magneti Marelli and Japanese supplier Calsonic Kansei, aims to supply 1 million e-axles yearly as of 2025. 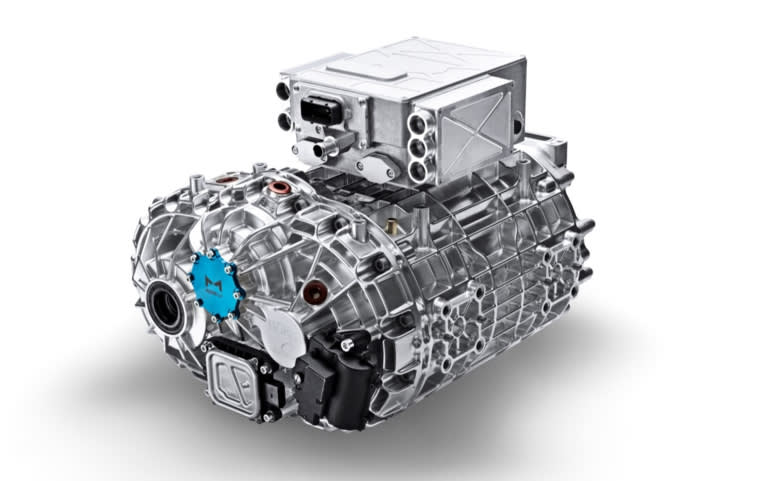 E-axles offer a way for a third force to break into the auto industry, after automakers and established suppliers. Japan's Nidec, which built its fortune on precision motors for electronics, has charged into this opening.

The e-axle market is expected to grow. Just 2.14 million EVs were sold last year, accounting for 3% of all new automobile sales, British data firm LMC Automotive said. But the volume is forecast to reach 23.3 million vehicles in 2030, or 24% of all sales. Tokyo-based Fuji Keizai projects the e-axle market will grow to 12.5 million units a year in 2035. Foxconn's platform for electric vehicles is unveiled at a company event in Taipei in October 2020.    © Reuters

The EV industry's horizontal division of development and production -- already established in computers and other electronics -- is projected to challenge the vertical integration in the auto industry. A ready supply of hard-to-develop e-axles will, in turn, lower the hurdle to EV newcomers, a field that includes Apple. Hon Hai Precision Industry, the Apple supplier known as Foxconn, is moving into contract manufacturing of EVs.

If an e-axle product becomes an industry standard, that maker will be able to acquire a large share in the growing EV market.