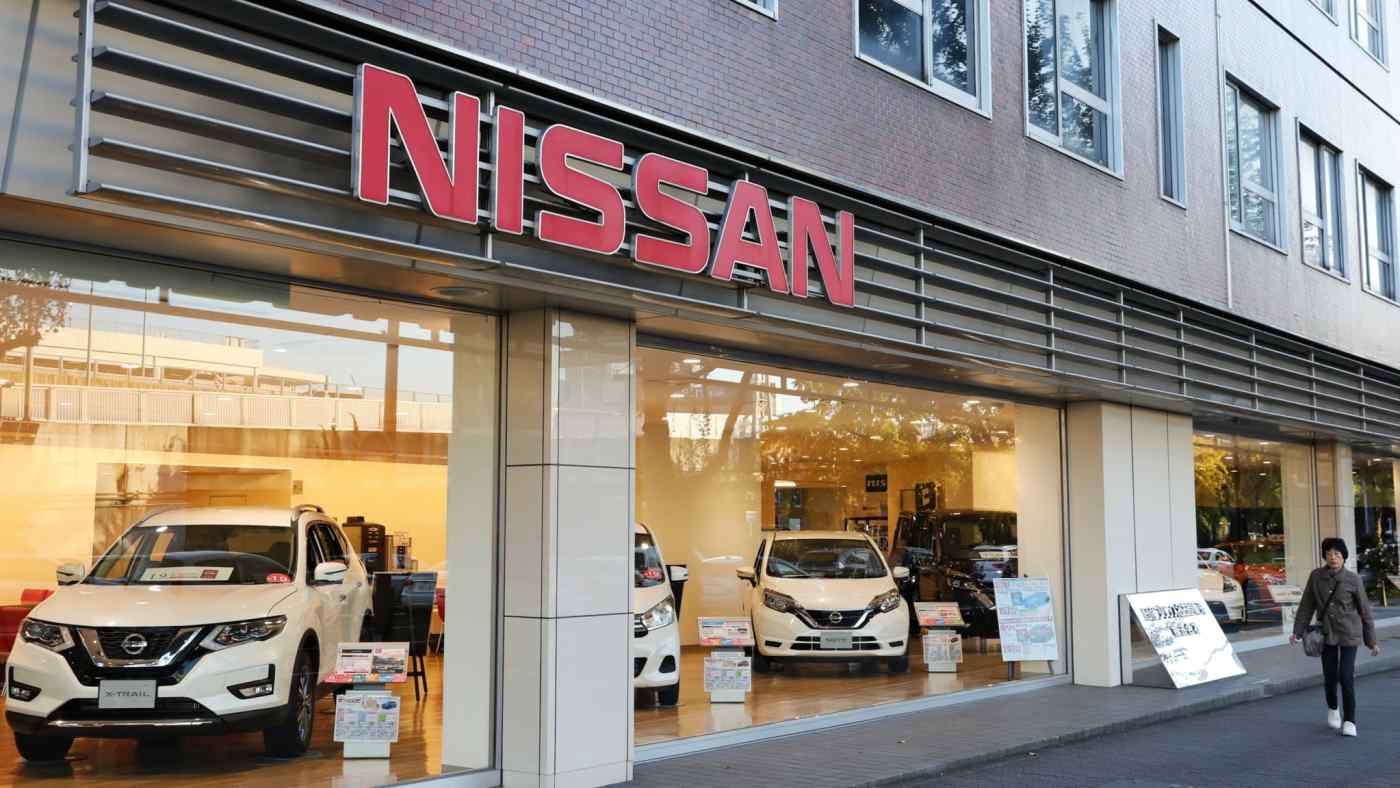 The three-year strategy to be released next month raises questions as to whether the company will pursue an aggressive campaign to cut capacity and staffers, as it did under former Chairman Carlos Ghosn.

"We will shift away from our expansionary strategy and streamline our operations," CEO Makoto Uchida said at a board meeting April 7.

"We will plan under the assumption that we will be selling about 5 million vehicles a year," Chief Operating Officer Ashwani Gupta said. Jean-Dominique Senard, chair of French alliance partner Renault, did not object.

Nissan has the capacity to produce over 7 million vehicles a year, but the Japanese automaker sold only about 5 million in fiscal 2019. Closing factories and cutting workers could be critical to bridging this gap.

The sales target through fiscal 2022 represents a drop of more than 10% from the record 5.77 million vehicles Nissan sold in fiscal 2017 -- a difference equivalent to three times the capacity at its main Oppama plant. The automaker could miss even this benchmark depending on the long-term effects of the coronavirus.

Nissan has been hit particularly hard in North America, which is responsible for one-third of unit sales and about 20% of operating profit. The outbreak spread just as the automaker was rolling out a campaign to boost sales in the market, and U.S. unit sales plunged 30% on the year for the January-March period.

Work at all three American plants has been suspended since March 20, leaving Nissan no choice but to plan for zero growth over the next three years.

Any major restructuring inevitably will draw comparisons with the Nissan Revival Plan announced by Ghosn in 1999. The executive at the time pushed to shut down five factories in Japan, while also proposing offensive moves like building new facilities in the U.S.

As part of the upcoming medium-term strategy, Nissan plans to introduce eight new models in North America over the next two years. The company also wants to boost the proportion of shared parts between Nissan and Renault to over 70%, from roughly 40%, in order to cut costs.

The Japanese automaker is considering joint development of around seven models of electric cars with its French partner as well.

The auto industry globally is expected to face headwinds. IHS Markit projects a major drop in new-car sales for 2020, followed by a rebound to about 88.31 million vehicles in 2022. But that figure still falls short of the 89.71 million units sold in 2019.