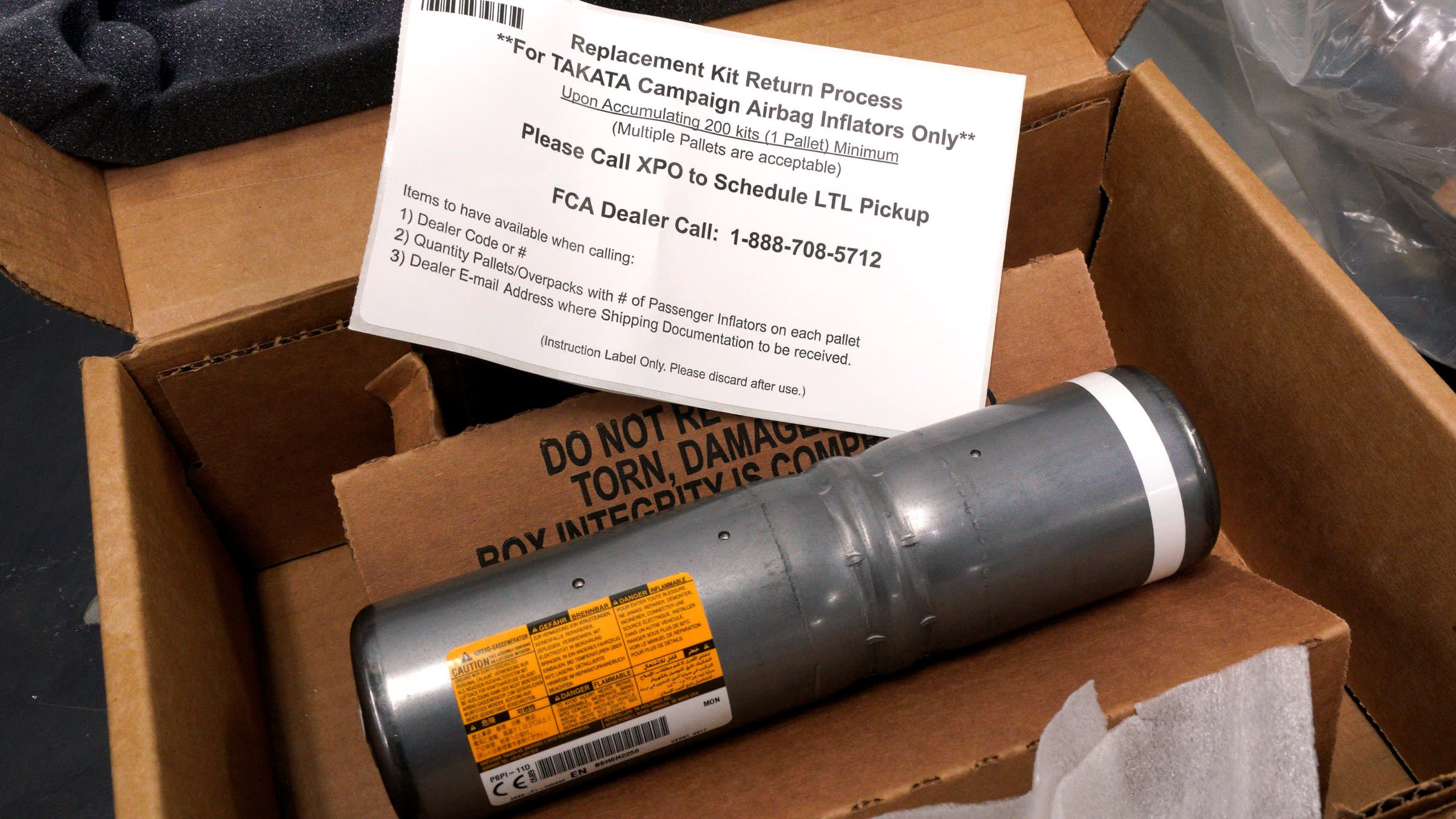 The recall is expected to cost the Detroit automaker $1.2 billion.

The National Highway Traffic Safety Administration (NHTSA) said GM must recall the 2007-2014 model year trucks and SUVs because the inflators "are at risk of the same type of explosion after long-term exposure to high heat and humidity as other recalled Takata inflators."

GM has estimated in securities filings it would cost $1.2 billion if it were required to replace air bag inflators it had sought to avoid fixing. The company confirmed the estimated cost Monday.

The company had argued the recalls were unnecessary because they did not pose a safety risk.

GM said on Monday it still believed "a recall of these vehicles is not warranted based on the factual and scientific record." The company said it "will abide by NHTSA's decision and begin taking the necessary steps."

The defect, which leads in rare instances to air bag inflators rupturing and sending potentially deadly metal fragments flying -- especially after long-term exposure to high humidity -- prompted the largest automotive recall in U.S. history of more than 63 million inflators. Worldwide, about 100 million inflators by 19 major automakers have been recalled.

In total, 18 U.S. deaths have been reported tied to Takata air bag inflators, though none of those involved GM vehicles.

To date, 15 U.S. deaths have been reported in Honda vehicles, two in Ford Motor Co vehicles and one in a BMW since 2009.

GM first filed a petition in 2016 seeking to avoid the recall. NHTSA noted that in nearly 30 years, it has only granted one petition deeming a "defect is inconsequential to motor vehicle safety" and "in a vastly different set of circumstances."

GM argues the 5.9 million vehicles are different from other vehicles with Takata inflators. The automaker estimates that 66,894 Takata passenger air bag inflators have deployed in the vehicles under review without a reported rupture.

Peter Prieto, a lawyer representing consumers in Takata lawsuits, said the decision "proves that GM's Takata inflators are neither unique nor special. GM's inflators carry the same risk of exploding and severely harming vehicle occupants as all other Takata inflators."