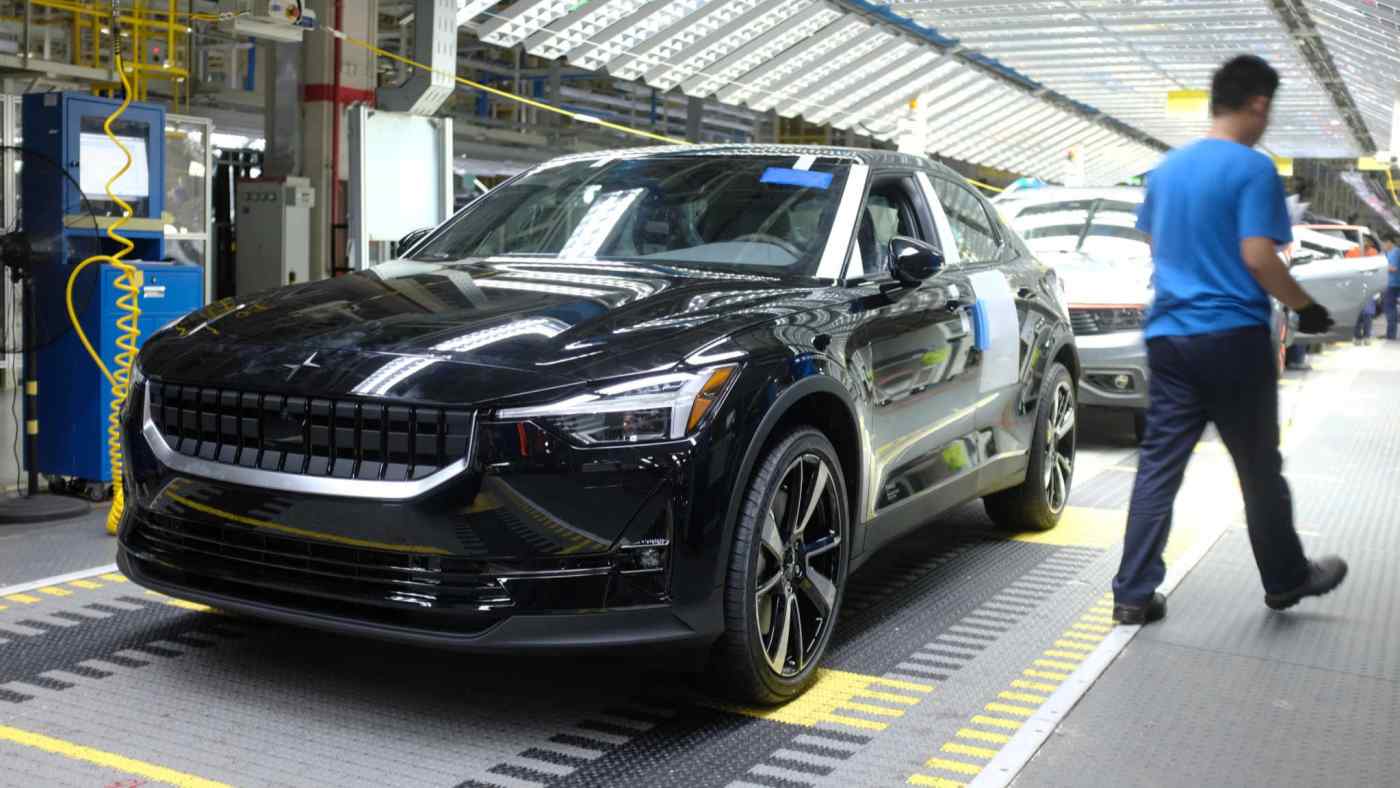 Workers are seen on a production line for Polestar, Volvo and Lynk & Co. vehicles at a Geely plant in China's Taizhou.   © Reuters
February 25, 2021 03:23 JST | Europe
CopyCopied

A year ago the two said they were planning to merge, giving Volvo access to public markets, as global automakers pursue alliances to respond better to the cost of the transition to electric cars, tougher emission rules and autonomous driving.

Geely and Volvo on Wednesday said they would preserve with their existing separate corporate structures after "a detailed review of combination options".

They added, however, that they would launch a new company to combine their existing powertrain operations.

The new entity, expected to become operational this year, will provide engines, transmissions systems and petrol-electric hybrid systems for use by both companies as well as other automakers.

"I firmly believe that this is the best combination, the best way forward for our companies," Volvo Cars CEO Hakan Samuelsson told a joint news conference.

Asked if Volvo Cars would consider a stock market listing, he said there were currently no such plans.

The two companies will also focus on the development and sourcing of next-generation technologies, from connectivity and self-driving vehicles to car sharing and electrification, their statement added.

The companies did not disclose what savings they expect to make from the various collaborations.

Geely Auto plans to raise 20 billion yuan ($2.93 billion) from a public share sale on Shanghai's Nasdaq-style STAR Market, which CEO Gui Shengyue said would be unaffected by the new collaboration with Volvo.