Chinese carmaker to raise $2.93bn in first listing from industry on STAR Market 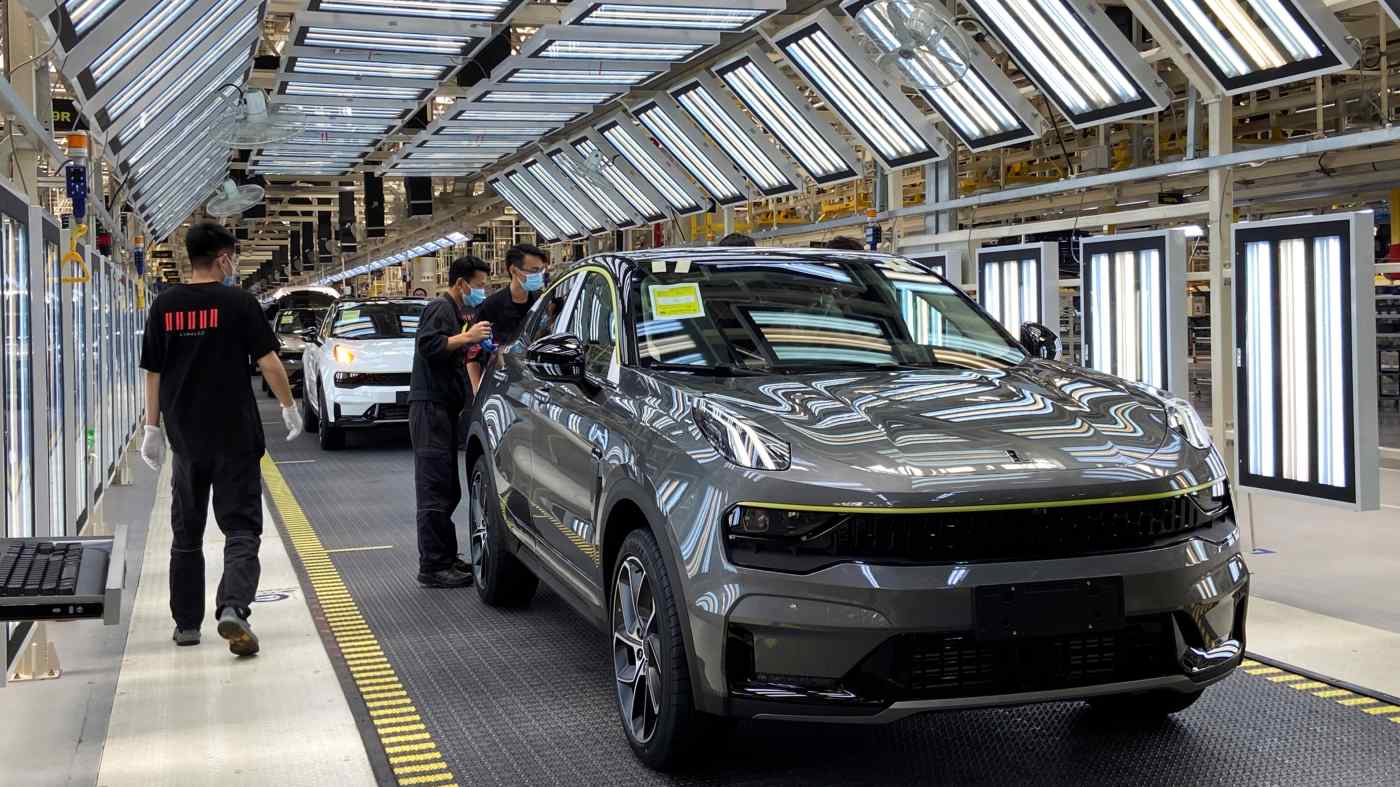 HONG KONG -- Geely Automobile Holdings' shares surged on the Hong Kong Stock Exchange on Wednesday, a day after the Chinese carmaker filed for a 20 billion yuan ($2.93 billion) listing on Shanghai's STAR Market, closing at their highest level since mid-July.

The Hangzhou-based automaker, controlled by billionaire Li Shufu, who is the largest single shareholder of Daimler, closed up 3.3% at 17.66 Hong Kong dollars ($2.28), extending its 4.4% gain on Tuesday. Geely trades in Hong Kong at 21 times forward earnings, or about a fifth of the average multiple on the STAR Market, indicating Geely shares could get a boost from a Shanghai listing.

"Valuations on the STAR Market are very high and listings of household names such as Geely are expected to perform exceedingly well," said Hao Hong, head of research at BOCOM International in Hong Kong. "Investors expect a re-rating of the stock in Hong Kong as well. Another positive for the stock is the recovery of auto sales in China, which are beating expectations."

The Nasdaq-style STAR Market had seen 95 listings so far this year through Aug. 24, with average first-day gains of 226%, according to data compiled by Dealogic. Semiconductor Manufacturing International Corp., China's largest chipmaker, tripled on its debut on the market in July, and its Hong Kong-listed shares more than doubled in the six months ahead of the listing.

Citigroup raised its target price for Geely by 20% to HK$20 after the company flagged a Shanghai listing in June.

The listing of Geely Auto, whose parent company Zhejiang Geely Holding Group also controls Swedish brand Volvo Cars, would be the first carmaker to enter the STAR Market, which opened last year as a local listing venue for technology and innovative companies amid rising tensions between Washington and Beijing. The U.S. has threatened to stop Chinese companies from accessing its capital markets.

Since the STAR Market opened for business in July 2019, around 150 companies have raised more than $33 billion from IPOs, data from Dealogic shows. This year, it is the third-largest exchange for new listings, behind the New York Stock Exchange and the Nasdaq.

Geely will issue 1.73 billion shares, according to its prospectus, with most of the funds to be used to develop new technologies and models. It also hopes to use the proceeds for acquisitions and to boost working capital, it said.

The company's parent in July suspended plans to merge Geely Auto with Volvo pending the listing on the STAR. Talks to combine the two companies will resume in the autumn, Volvo said at that time.

The proposed deal is aimed at creating China's first global automaker and bringing most of the group's automotive brands under one company that would boast annual revenue to over $40 billion.

Li and his Zhejiang Geely Holding Group, China's largest private auto manufacturer, also control Malaysia's Proton and sports carmaker Lotus. The group is looking to consolidate its brands in order to pool resources amid the coronavirus pandemic that has ravaged sales and to invest in new technologies, such as self-driving and electric vehicles.

Geely is hoping for a second-half recovery in sales as the coronavirus recedes in China. It is targeting full-year sales of about 1.32 million vehicles, down 3% from 2019. It sold 530,000 units in the first half of this year, for a 6.8% share of the world's largest auto market.