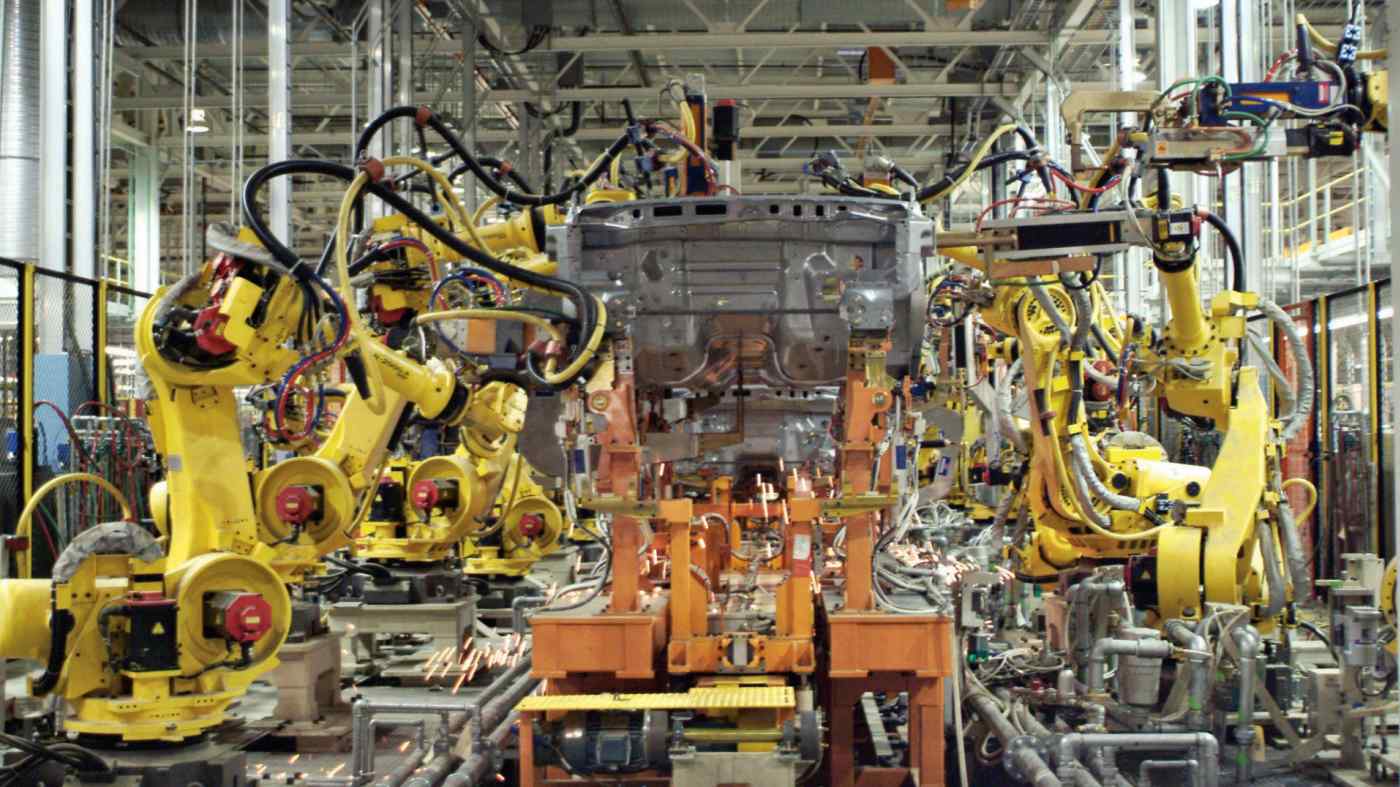 TOKYO -- A total of 20,000 people who work for Nissan Motor in Europe and the U.S. are being temporarily laid off, as demand for its cars evaporates under the coronavirus pandemic.

The mass layoffs are the first such cuts since the global financial crisis of 2008. Back then, the hard-nosed CEO Carlos Ghosn pulled the Japanese carmaker out of the doldrums by aggressively expanding business in emerging markets.

But those very investments by Ghosn have landed Nissan in dire financial straits, which have only been amplified as COVID-19 threatens to crush its sales.

Nissan plans to place about 10,000 workers at its three U.S. plants, and around 6,000 at its U.K. plant and some 3,000 more at its factory in Barcelona, Spain on temporary leave. The company has said that it plans to rehire the staff once plants restart production.

It is unclear, however, when these employees will be able to come back to work. "I don't know what is going to happen," said a Nissan executive, lamenting the slide in global car sales caused by the pandemic. "The ramifications could be bigger than the global financial crisis."

How times have changed. A little over a decade earlier, Ghosn was brimming with confidence as he steered Nissan through the post-Lehman Brothers downturn. In 2008, in the throes of the downturn, the company persuaded around 1,200 U.S. workers to take early retirement and laid off about 3,300 workers at its factory in Spain. It axed another 20,000 positions around the world in 2009.

Nissan logged a net loss of 233.7 billion yen ($2.14 billion) in the year through March 2009. But just two years later it rebounded to a net profit of 319.2 billion yen, helped by the restructuring. The automaker was able to turn its business around by cutting costs, even as it bet heavily on emerging markets with new plants in Indonesia and Brazil.

By 2011, Ghosn had announced "Nissan Power 88," an expansion drive that set twin goals of 8% for Nissan's global market share and operating profit margin. To get there, he promised to make inroads in emerging markets and to grab share in the U.S. and China.

An aging product line is partly to blame: The budget for new vehicle development was sliced to pay for new capacity. As a result, Nissan plants around the world are operating at much less than full throttle.

This, in turn, has left its profit margins considerably lower than its rivals' -- just 2.7% in fiscal 2018, compared with Toyota Motor's 8.2% and German automaker Volkswagen's 5.9%. And even as it struggles to keep production lines moving, the coronavirus pandemic has dealt another body blow to the automaker.

The mass layoffs will be Nissan's first big downsizing move since the 2008 crisis. It plans to announce a new turnaround plan in May.

Analysts are focused on how far Nissan is willing to go in cutting capacity and payrolls, and whether it will be comparable to Ghosn's "Nissan Revival Plan" in 1999. "Now that the impact of the new coronavirus has spread to this extent, we have no choice but to make it the toughest plan we can think of," said a Nissan executive.

The coronavirus is expected to lead to a 12% slide in unit auto sales in 2020 versus the previous year, according to a survey by IHS Markit, a British research specialist. By contrast, the 2008 financial crisis trimmed 3% from global auto sales.

If the HIS Markit forecast is correct, the global auto industry will face a much bigger challenge than it did 12 years ago. For Nissan, overcoming the scourge of coronavirus will only accelerate a break from Ghosn's growth-at-all-costs doctrine that the new leadership has been attempting to do.