Great Wall's recovery seen to be temporary as shares surge

Sustaining demand without expanding discounts could be a challenge, analysts say 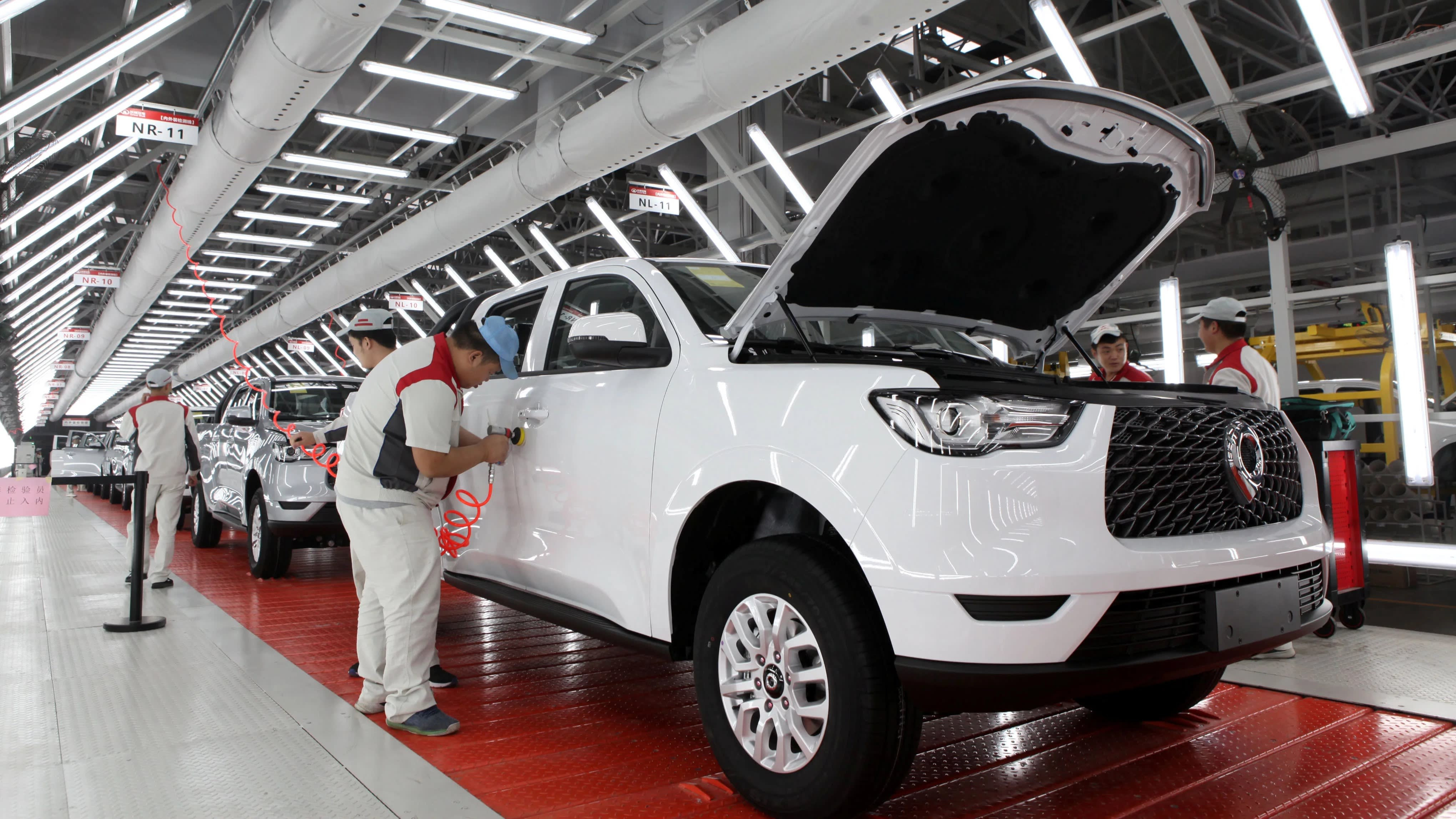 Great Wall Motor said its profit soared more than 500% year-on-year in the July-Sept. quarter following a 59% plunge in earnings during the first half of the year, as it controlled costs, sold higher-priced vehicles and refrained from wider discounts.   © Reuters
October 28, 2019 18:58 JST | Hong Kong, Macao
CopyCopied

HONG KONG (Nikkei Markets) -- The tailwinds that led to Great Wall Motor's unexpectedly strong show, propelling its shares on Monday, are unlikely to last for long, say some analysts.

The Chinese sports utility vehicle and sedan maker late on Friday said its profit soared more than 500% year-on-year in the third quarter following a 59% plunge in earnings during the first half of the year, as it controlled costs, sold higher-priced vehicles and refrained from wider discounts.

Company officials told analysts on a call that they expected to achieve the full year 2019 sales target of 1.07 million vehicles despite running behind on the runrate required to achieve that goal, and that they aimed to sell 1.15 million units in 2020.

The management also painted, according to those who attended the call, an optimistic picture of fourth-quarter sales amid a recovering consumer sentiment and an expected improvement in demand ahead of an early Chinese New Year. The week-long celebratory period falls in January next year, as opposed to February this year, likely helping the company's efforts to restock dealer inventories.

In a report released on Monday following Great Wall's results, analysts at Goldman Sachs raised their earnings estimates for the company by as much as 22% for 2019, and by up to 8% over the next two years. The brokerage, however, maintained its "sell" rating on the stock, saying the company "still lacks a product breakthrough in new genres, which subjects the model portfolio to long-term pricing/margin risks."

Shares of Great Wall Motor soared 13.9% to HK$6.23 in Hong Kong on Monday as the markets reopened, recording their steepest single-day advance since October 2017. The stock was the day's best performer on the 481-member Hang Seng Composite Index, which added 0.9%. The city's benchmark Hang Seng Index climbed 0.8%.

Aided by product discounts and higher exports, Great Wall's sales in the first nine months of this year have risen 7% to 724,113 units, helping the company defy a broader downturn in the mainland.

Among Great Wall's rivals, Geely Automobile Holdings has recorded a 16% drop in sales volume for the nine months ended September, while Dongfeng Motor Group has reported a 4.5% fall during the same period.

Angus Chan, an automotive sector analyst at BOCOM International in Shanghai, said Great Wall has been "proactively clearing channel inventory" and is also likely to benefit from a preference for sports utility vehicles over sedans for intra-city commutes, especially as the price premium for SUVs over sedans has been narrowing. BOCOM International lifted its rating on Great Wall's shares to "neutral" from "sell" following the results.

Chan said that a weak statistical base for the second half of 2018 was likely to spur industry sales in the latter half of this year, likely ensuring that the quarter ending Mar. 31 won't be "too bad" either. However, a strong rebound was improbable as replacement demand, which is responsible for most sales, is dependent on broader economic conditions, he added.

Nomura analysts led by Benjamin Lo wrote in a report that Great Wall was expected to record sequentially higher sales volumes because of a low base effect, but raised concerns about the company's profitability.

"We are concerned that the profit margin improvement could prove to be temporary, as consumers have become accustomed to Great Wall Motor's cheaper offerings and brand equity, in our view," the analysts said. "We continue to see structural difficulty for Great Wall Motor to deliver sustainable profitability improvement."