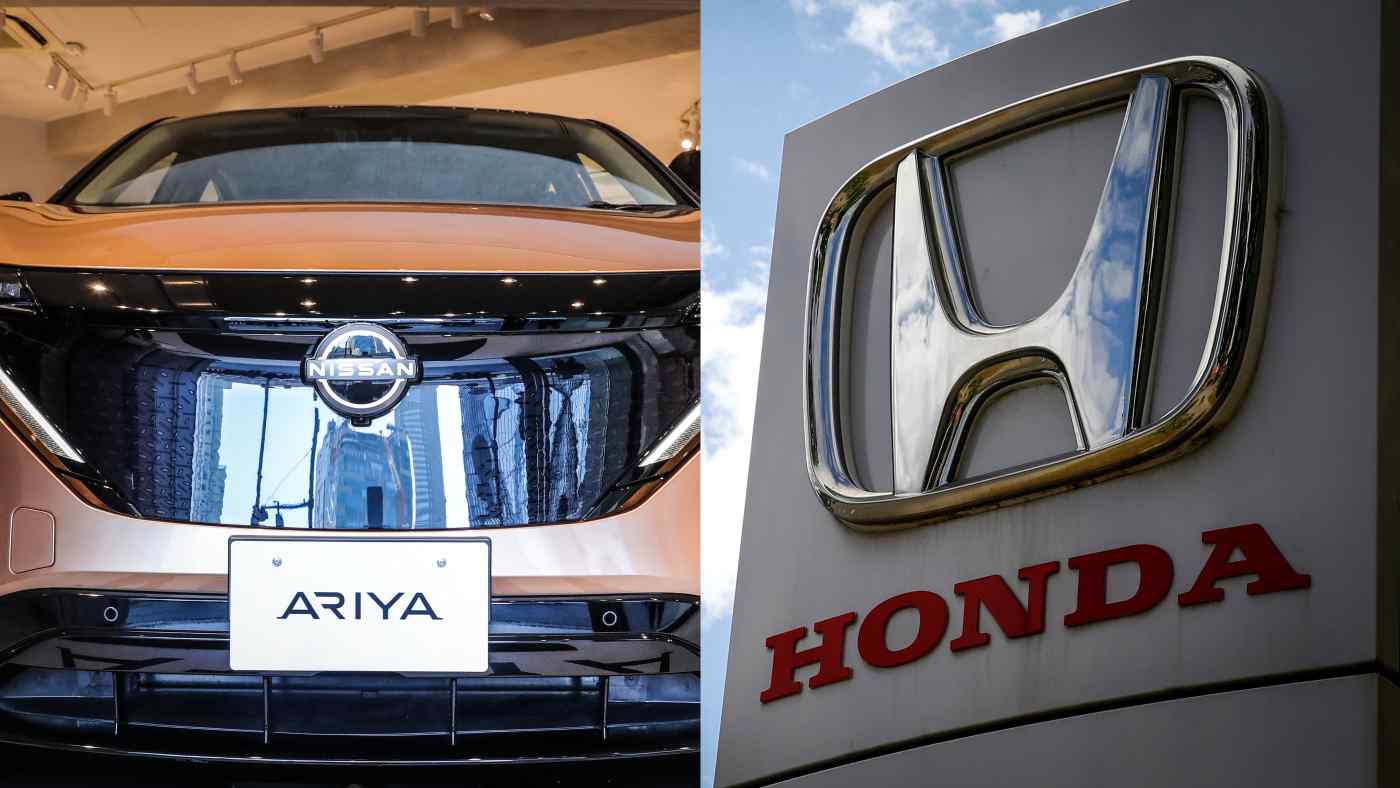 Full-year profits for Nissan and Honda are expected to be higher due to a weak yen. (Source photos by Ken Kobayashi and Reuters)
SAYUMI TAKE, Nikkei staff writerNovember 9, 2022 20:03 JST | Japan
CopyCopied

TOKYO -- Japanese automakers Honda Motor and Nissan Motor on Wednesday revised up their annual earnings projection as a weaker yen offsets high raw material costs, although both now expect unit sales to be worse due to continuing semiconductor shortages.

Honda now expects a net profit of 725 billion yen ($4.97 billion) for the year ending in March 2023, up 2.5% from the previous year and 15 billion yen higher than its forecast in August. It also revised up its annual operating profit to 870 billion yen and revenue to 17.4 trillion yen.