Japanese automaker to focus on electrics for zero-emissions goal 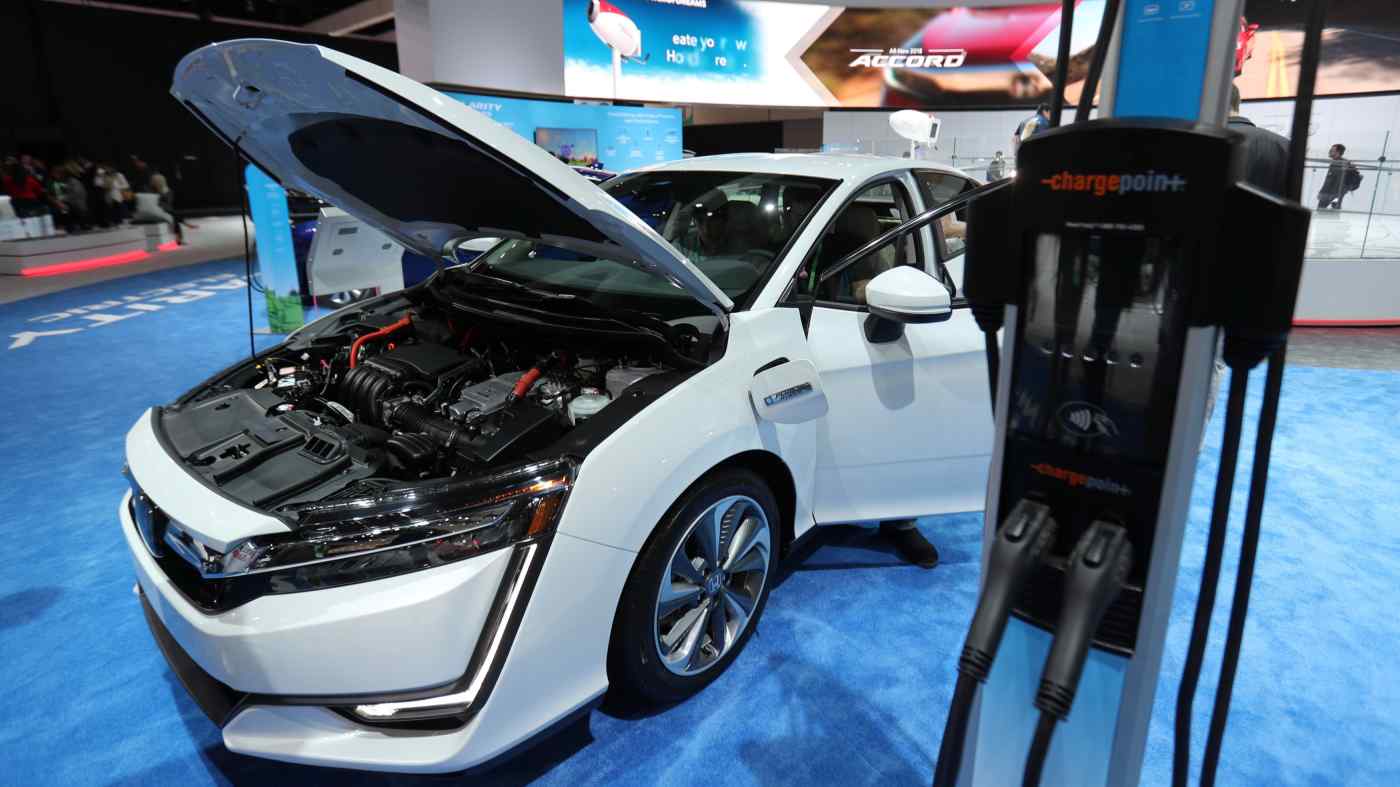 TOKYO -- Honda Motor will stop production of the Clarity fuel cell car this year, the automaker said Tuesday, as part of a broader push to trim underperforming models.

Honda has also decided to stop making the Legend, its high-end gasoline-fueled sedan, as well as the Odyssey luxury sport utility vehicle. Realigning global manufacturing operations, the Japanese company will focus on electrics to advance toward its goal of selling only zero-emissions vehicles by 2040.

The automaker first rolled out fuel cell vehicles in 2016. But the lease-only Clarity's relatively high price of 7.83 million yen ($71,200), coupled with a dearth of hydrogen-fueling stations, dampened demand for the model. Honda sold only about 1,900 units worldwide.

Sales of the Clarity plug-in hybrid, introduced in 2018, will be discontinued as well.

The Clarity, Legend and Odyssey are all assembled at the Sayama plant near Tokyo, which is slated to close in the fiscal year ending March 2022. Honda has decided not to move their production elsewhere once the plant has shut.

Other automakers that produce fuel cell vehicles include Hyundai Motor and Toyota Motor, which launched a new version of its Mirai fuel cell sedan in December. Although considered a key component of decarbonization strategies, the hefty price tag and scant hydrogen-fueling infrastructure have kept the vehicles from gaining popularity.

Some experts believe automakers will now focus on adapting fuel cell technology for buses, trucks and other commercial vehicles instead.

The Legend first appeared on the scene in 1985 before briefly falling out of production in 2012. The model came back as a hybrid version in 2015, but the current fifth-generation version sold only 216 units last year, a far cry from its peak of roughly 20,000 vehicles in 1991.

During the previous fiscal year ended March, Honda released a limited-edition Legend that was the world's first production vehicle certified at level-three autonomous driving. However, volume was restricted to 100 units and only available for lease.

Honda will discontinue sales of the Legend, but it is considering releasing models equipped with advanced self-driving technology.

The Odyssey was first launched in 1994 as a pioneering Japanese minivan, helping Honda rebound from a business slump. The Odyssey proved popular among families and sold 126,000 units in 1995. When the Odyssey received a high-end face-lift, it lost out in competition with the Toyota Alphard and similarly priced models.