But automaker predicts rebound in two-wheelers despite economic uncertainty 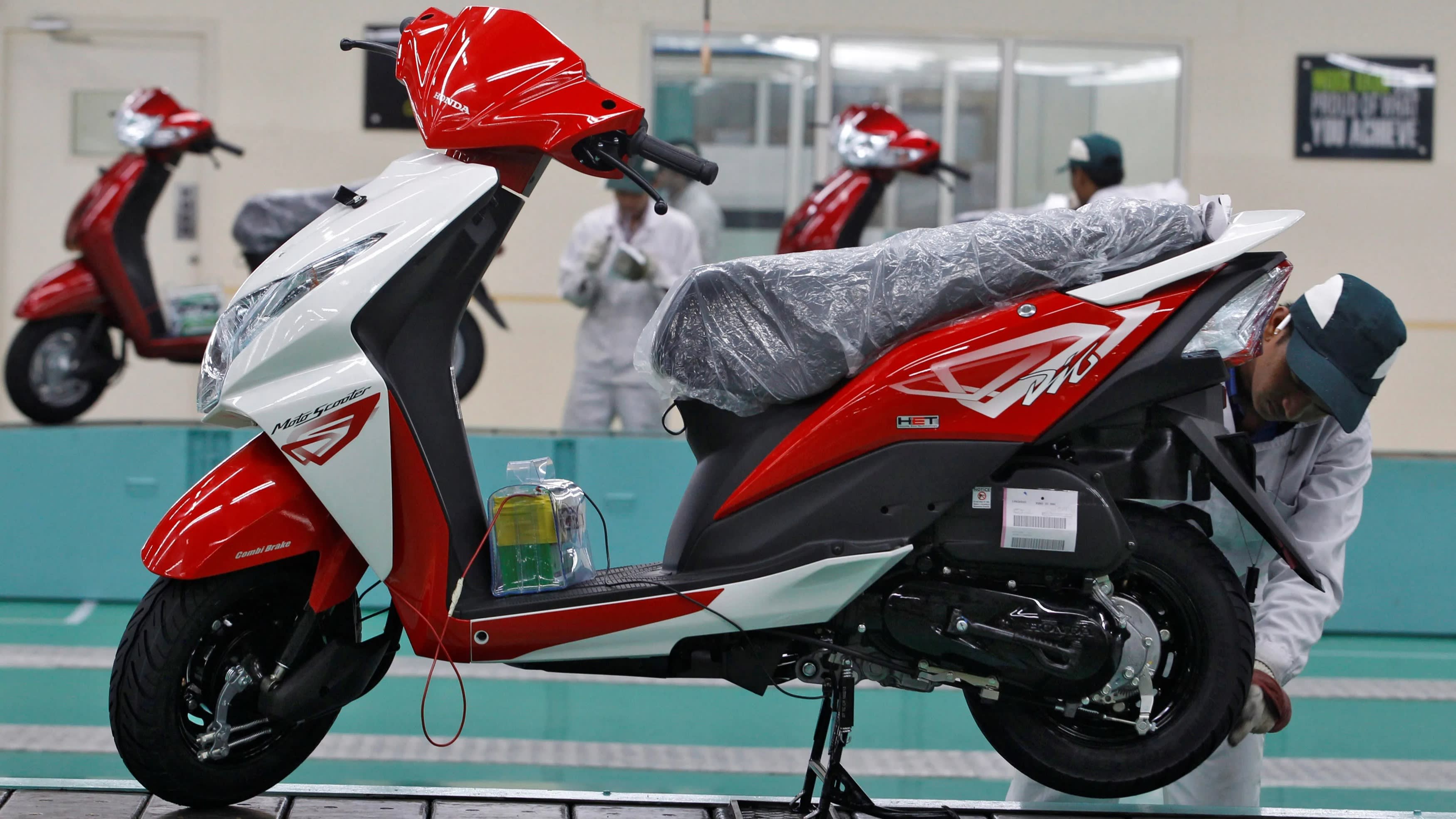 TOKYO -- Honda Motor's group operating profit shrank 16% on the year to 252.4 billion yen ($2.33 billion) during the first quarter ended June, with the downturn mostly due to slow motorcycle sales in India.

Purchases of motorcycles in India, Honda's largest market for the vehicles, dropped 20% in unit terms during the three months, contributing to an 8.1% dip in the number of motorcycles it sold globally to 4.92 million.

Despite this, the company upgraded its full-year projection for global motorcycle sales by 100,000 units to 20.35 million.

"India is better than we expected," Executive Vice President Seiji Kuraishi told reporters Friday. "We'll be able to recover starting in the second half."

Honda holds the second-biggest share in India's motorcycle market, and is within striking distance of the leader and one-time partner, New Delhi-based Hero MotoCorp. In addition to an improved performance in India, the Japanese company expects brisk sales in Vietnam and other areas to contribute to increased motorcycle sales.

Automobiles are a different story, however. Honda expects to sell 5.11 million vehicles this fiscal year, or 50,000 fewer than previously anticipated.

Struggles in India are again to blame. Honda held a mere 7% share in the country's passenger-vehicle market during the first half of 2019, data from market research company MarkLines shows, far behind the 60% commanded by Suzuki Motor.

Some macroeconomic factors in India were in play. Consumers held off on purchases during the elections in May, and a rate tightening by India's central bank eroded the appetite to buy vehicles.

Honda's effort to improve profits for its four-wheelers is still a work in progress. The segment's operating margin stood at 4.4% during the April-June quarter, down 5.3% from a year earlier. Honda's reliance on motorcycles risks being further amplified.

This month has brought additional uncertainties to the global economic outlook. U.S. President Donald Trump on Thursday announced additional tariffs beginning in September on almost all remaining goods imported from China. The yen also strengthened Friday to 106.54 against the dollar, which could cut into Honda's profits.

But Kuraishi maintained an upbeat mood. "Honda is strong against change compared with other companies," he said, indicating confidence that motorcycles are basically recession-proof and will prop up earnings.

Even four-wheel autos are anticipated to be resistant against currency pressures. Honda is at the top of its class when it comes to manufacturing locally. The ratio of local production is "nearly 100% in China," said Kuraishi.

If the yen moves by 1 yen against the dollar, it impacts Toyota Motor's operating profit by about 40 billion yen either way. But Honda's exposure is just 12 billion yen. When the yen appreciated sharply in the aftermath of the global financial crisis, Honda claimed the top net profit among Japanese automakers for three consecutive years starting in fiscal 2008.

This time around, Honda faces an industry landscape being transformed by connected vehicles, autonomous driving, the sharing economy and electrification. It remains to be seen if the company can succeed in these areas, and power through the global economic storms with its motorcycles.