Striemo eyes Europe in 2023 after Japan debut this year 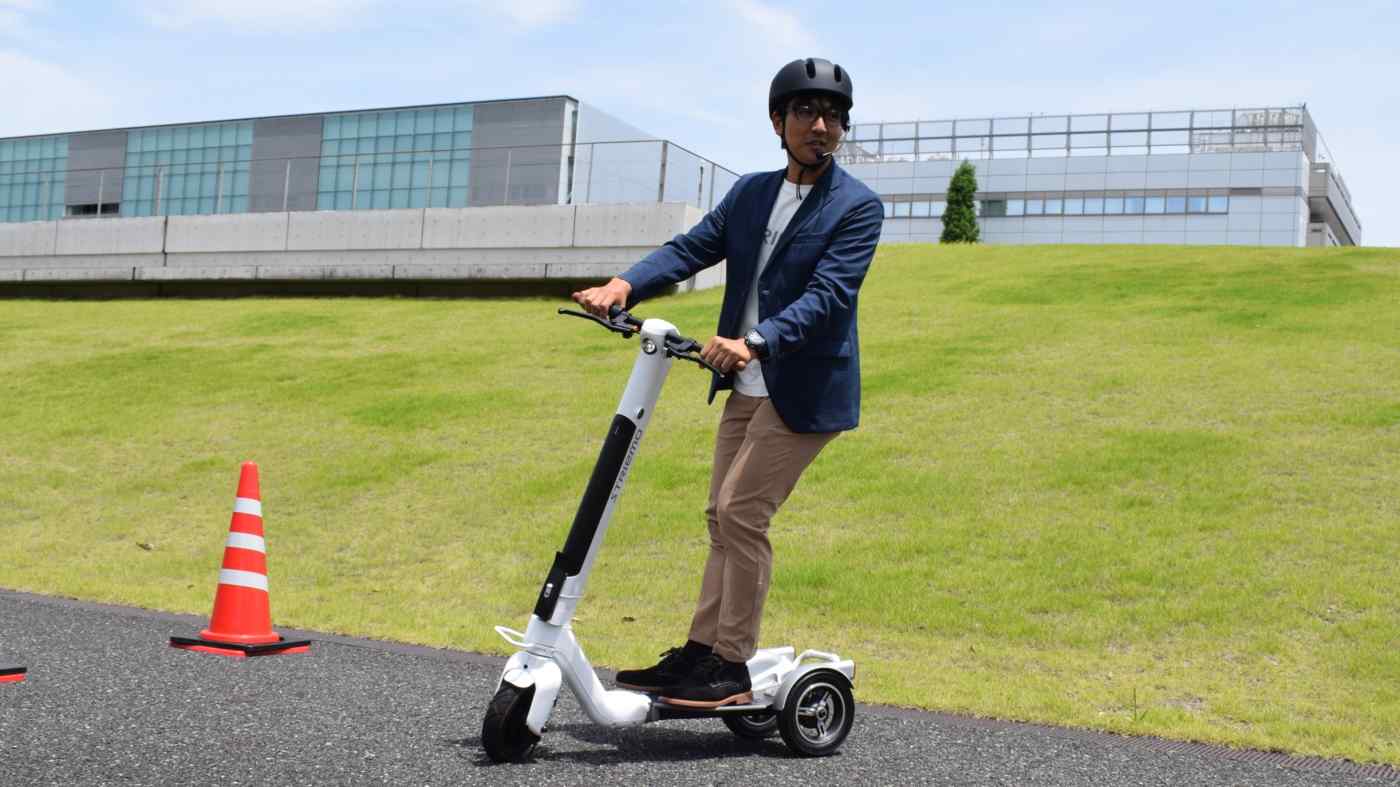 A startup in Honda's business creation program, Striemo unveiled its eponymous new electric scooter at a press conference. The company has begun taking preorders online from individuals for a limited 300 units at 260,000 yen ($1,900).

The Striemo weighs 20 kilograms and can travel 30 kilometers on a charge. The driver operates the accelerator and brake manually, and can make the vehicle turn by shifting his or her weight as if skiing. The three-wheelers are due to go on sale in Japan before the end of this year, and in Europe in 2023.

Under the Japanese law, riders are required to have a Class 1 motorized bicycle license and wear a helmet when riding such machines on public roads. For corporate customers, Striemo will offer by the end of 2022 a subscription system to use the electric scooter off public roads in places like factories and universities.

In April this year, the law was revised and this will allow the electric scooters access to public roads without a driver's license within two years.

In order to comply with the revised law, the company intends to develop new models equipped with mirrors, turn signals and indicators that display speeds to pedestrians.

The electric scooter market is dominated by startup companies at the moment, but major car manufacturers are looking to compete by applying safety technologies evolved from motorcycle and car manufacture.