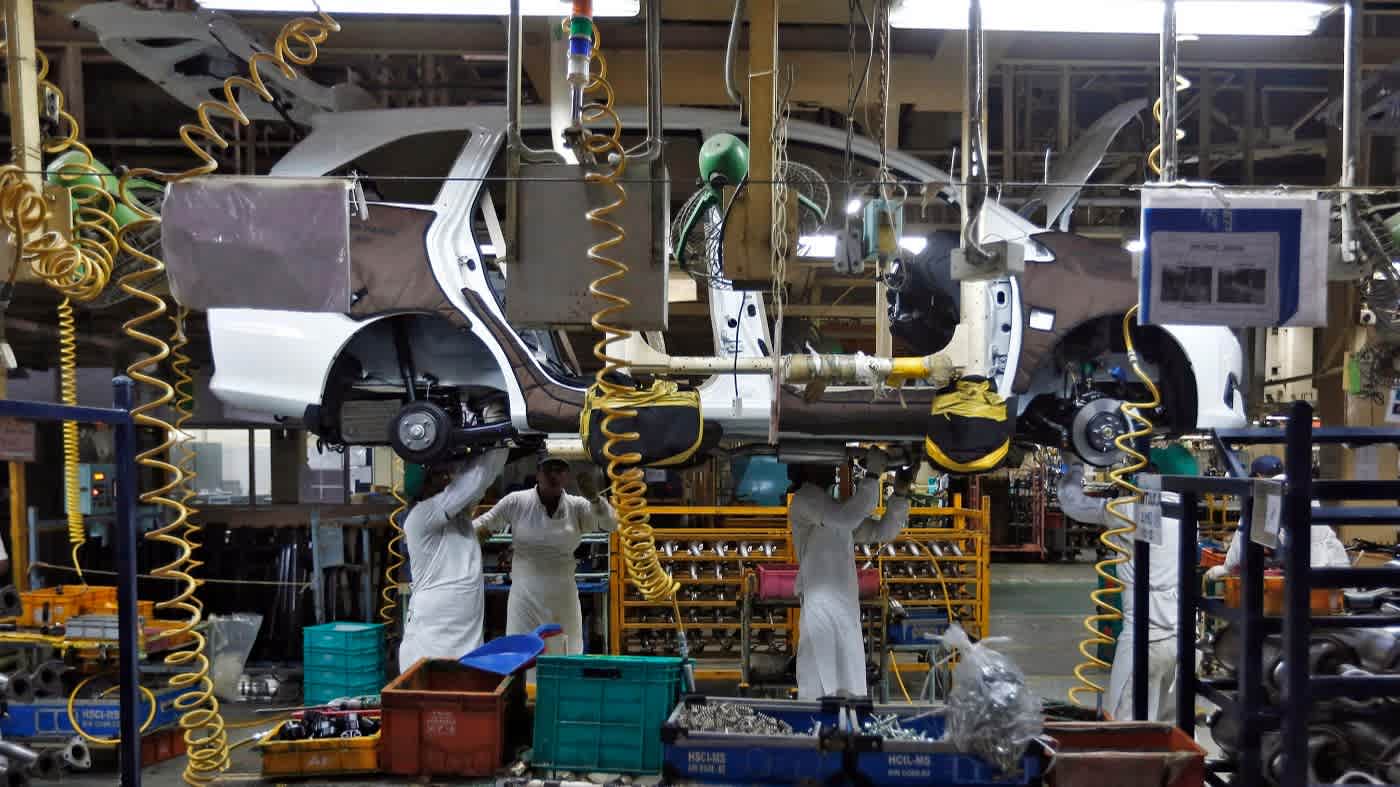 Production line employees work on a Honda Mobilio car at the automaker's plant in Greater Noida. The plant, which opened in 1997, will be closed.   © Reuters
RYOSUKE HANADA, Nikkei staff writerDecember 21, 2020 01:53 JST | India
CopyCopied

TOKYO -- Honda Motor will trim India output of four-wheel vehicles by 40% and close one of its two manufacturing plants there.

Sales in the South Asian nation have been hammered by the coronavirus pandemic, forcing the factories to operate at less than full capacity. By consolidating production under one roof, the automaker aims to increase efficiency.

The decision comes as Honda seeks to shed excess capacity around the world in order to boost the profitability of its four-wheel-vehicle operations.

The plant to be shut is in Greater Noida in the state of Uttar Pradesh, on the outskirts of New Delhi. It opened in 1997 and has an annual capacity of 100,000 vehicles. The subcompact car City is one of the main cars produced there.

All of Honda's India production will be integrated into the newer Tapukara plant in the state of Rajasthan.

The move comes as a blow to Prime Minister Narendra Modi's "Make in India" initiative, aimed at turning the country into a manufacturing hub. As Japan seeks to reduce its dependency on China and diversify its supply chain, India has been keen to attract Japanese companies searching for an alternative destination.

The two factories together have an annual capacity of 280,000 cars. But actual production in fiscal 2019 hovered around 98,000 cars, according to the Society of Indian Automobile Manufacturers. Employees work at the assembly line of the Honda Amaze car in Tapukara, in the desert Indian state of Rajasthan. The automaker will consolidate India production to this one plant.   © Reuters

Honda's market share is 3.7% and lags behind the likes of Maruti Suzuki and Hyundai Motor, who command 51.7% and 17.6% shares, respectively.

Under previous CEO Takanobu Ito, the Japanese automaker had an ambitious goal of selling an annual 6 million cars globally, with manufacturing plants built or expanded around the world. Honda's second plant in India, the Tapukara facility, opened its full assembly line in 2014.

But the expansion and its costs took a toll on Honda's earnings, pushing down the profitability of its four-wheel-vehicle operations to a mere 1.5% in fiscal 2019, excluding the financial business.

Current CEO Takahiro Hachigo is on a mission to optimize operations, and has axed plants in Sayama, Japan, and Swindon, U.K. In emerging markets, Honda has ended production in the Philippines and Argentina.