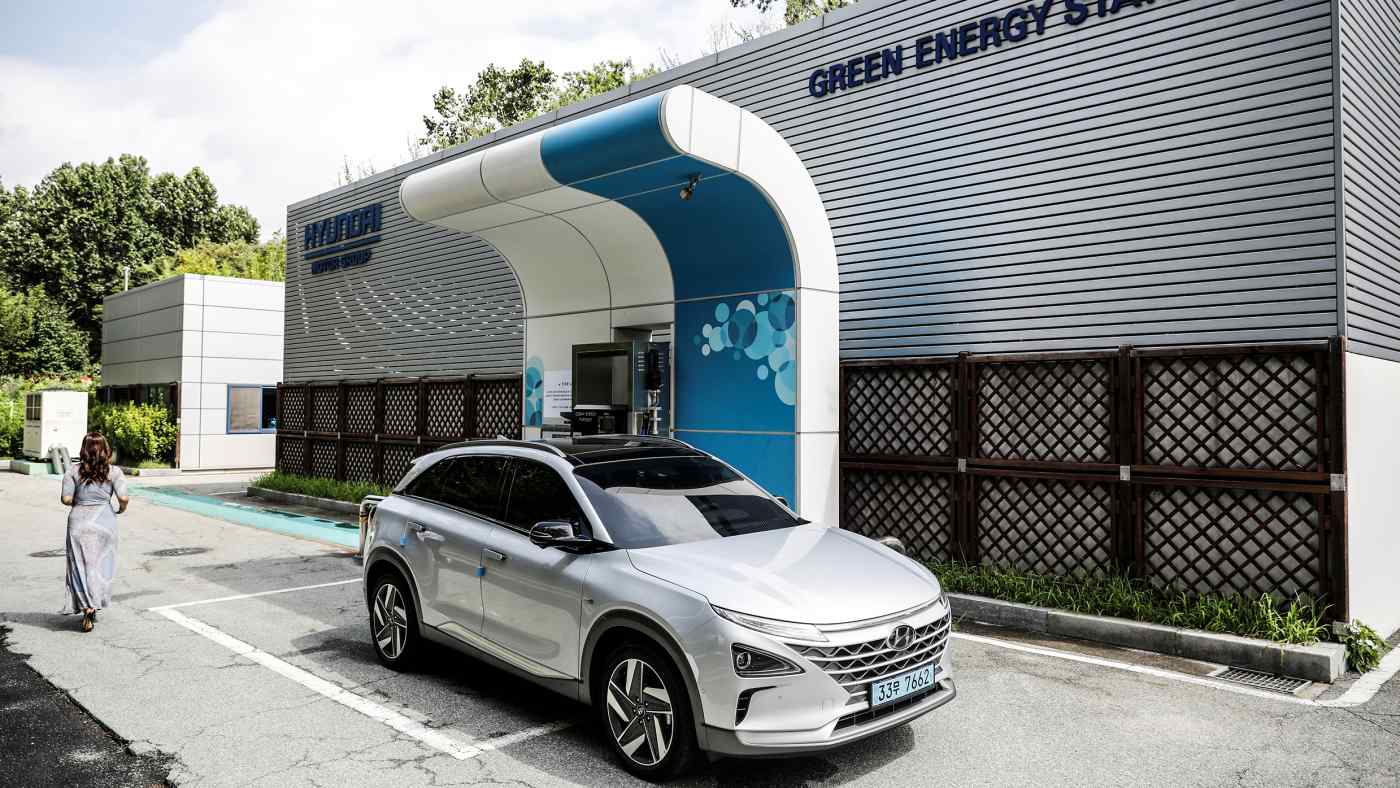 SEOUL -- Hyundai Motor Group on Tuesday discussed its aspirations of producing fuel cell editions of all 20 of its truck and bus models by 2028 as Korea Inc. goes all-in on the clean energy technology.

"To achieve this, the group is planning to introduce a new generation fuel cell system in 2023 that realizes a reduced price and volume with significantly improved durability and output," Hyundai said in a statement.

A fuel cell is an electrochemical cell that converts the chemical energy of a fuel, often hydrogen, and an oxidizing agent, often oxygen, into electricity through a pair of redox reactions.

Besides trucks and buses, Hyundai said that it will power aircraft, trams and ships with hydrogen by 2040.

"Hyundai Motor Group's vision is to apply hydrogen energy in all areas of life and industry such as our homes, workplaces and factories," Chairman Chung Euisun said in an online presentation titled "Hydrogen Wave."

"The goal is to make hydrogen readily used for everyone, everything and everywhere," Chung said.

The announcement comes as South Korean companies enthusiastically invest in hydrogen technology, expecting it to become a major clean energy source. SK E&S, a natural gas development affiliate of the SK Group, last week said it will invest 18 trillion won ($15.5 billion) in hydrogen businesses by 2025 as it sets up its own value chain connecting hydrogen production, retail and consumption.

Hyundai did not unveil an investment amount for its hydrogen pivot, instead describing the announcement as a vision for bringing hydrogen tech to all modes of transportation.

Analysts say Hyundai is moving in the right direction, riding a global trend toward applying hydrogen technology to commercial vehicles.

"Commercial vehicles are better positioned to use hydrogen technology as they come and go along fixed routes, thus not requiring many charging stations," said Lee Hang-koo, an analyst at the Korea Automotive Technology Institute.

Hyundai said hydrogen will account for 18% of global energy demand by 2050 and be a $2.5 trillion market, citing the Hydrogen Council, a global CEO-led initiative of energy, transport, industry and investment companies.

Also, Hyundai said it will develop a fuel purpose-built vehicle five to seven meters in length to target the global light commercial vehicle market that is projected to reach unit sales of 7 million a year by 2030. The project will be in part undertaken by applying autonomous driving and robotics to the commercial sector.