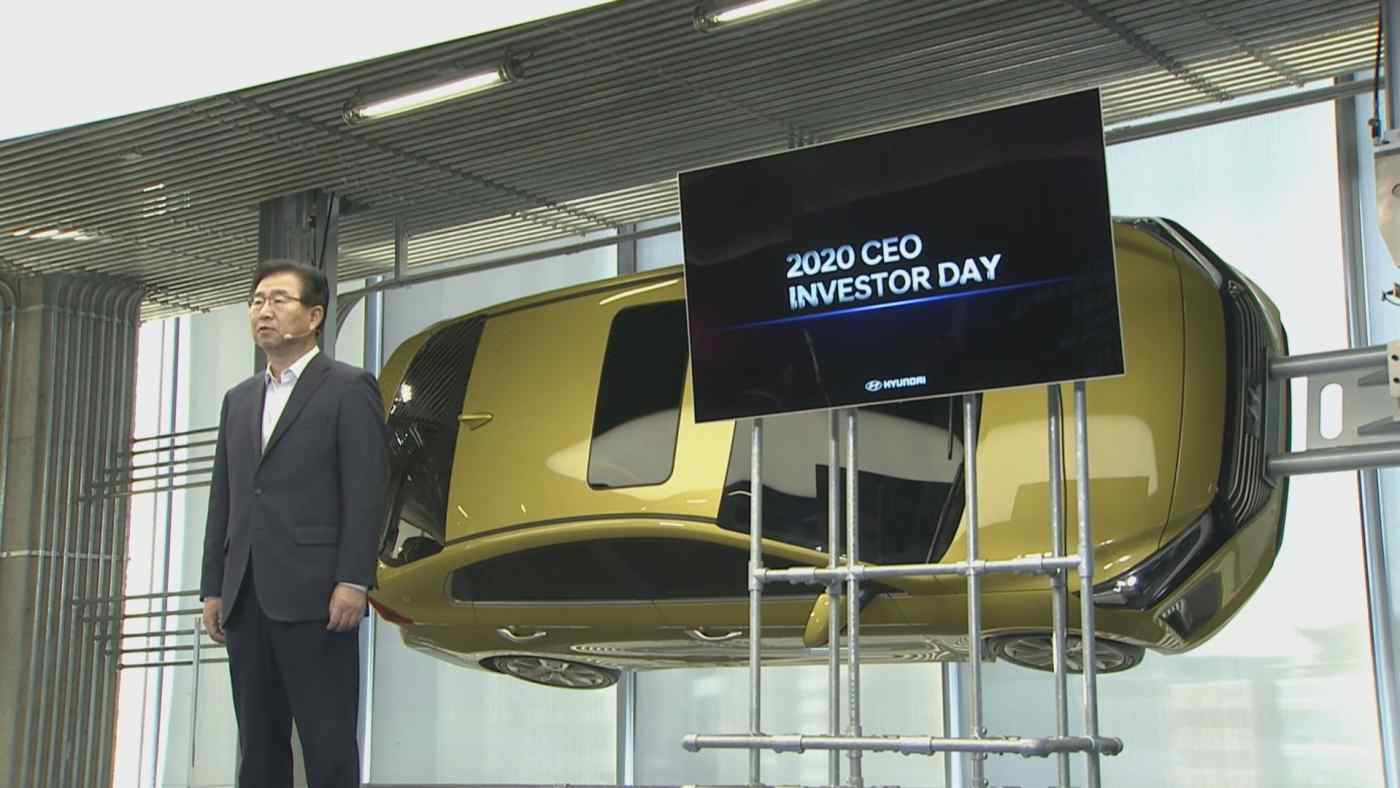 SEOUL -- Hyundai Motor will increase spending by 40% on the development of electric and fuel cell vehicles over the next five years, the South Korean automaker said Thursday, updating a road map for its future businesses announced last year.

"Along with our relentless efforts to improve profitability, Hyundai Motor will continue to make mid- to long-term investment to lay the foundation for sustainable growth in the upcoming years," Lee said.

Meanwhile, the company will trim investment into internal combustion engine vehicles by 4.5 trillion won to fund the boost for electric cars.

Hyundai has developed a new EV platform with a driving range of over 500 km per charge. The platform will be used in models those that go on sale in 2021, including in its luxury Genesis brand, which Hyundai hopes to expand not only in South Korea and the U.S. but China and Europe as well.

The automaker aims to roll out 12 different models of electric vehicles over the next five years, achieving unit sales of 560,000 a year by 2025.

Hyundai also plans to start mass-producing vehicles that run on solid-state batteries, which are widely seen as a technology that will revolutionize electric cars, in 2027. The company has been working on the technology in partnership with Samsung SDI and LG Chem.

It is looking to take its know-how on fuel cells beyond the automotive sector as well. Hyundai on Thursday introduced its HTWO hydrogen fuel cell system, with the goal of selling 700,000 units by 2030 for use in cars, industrial machinery, personal aviation vehicles and more.